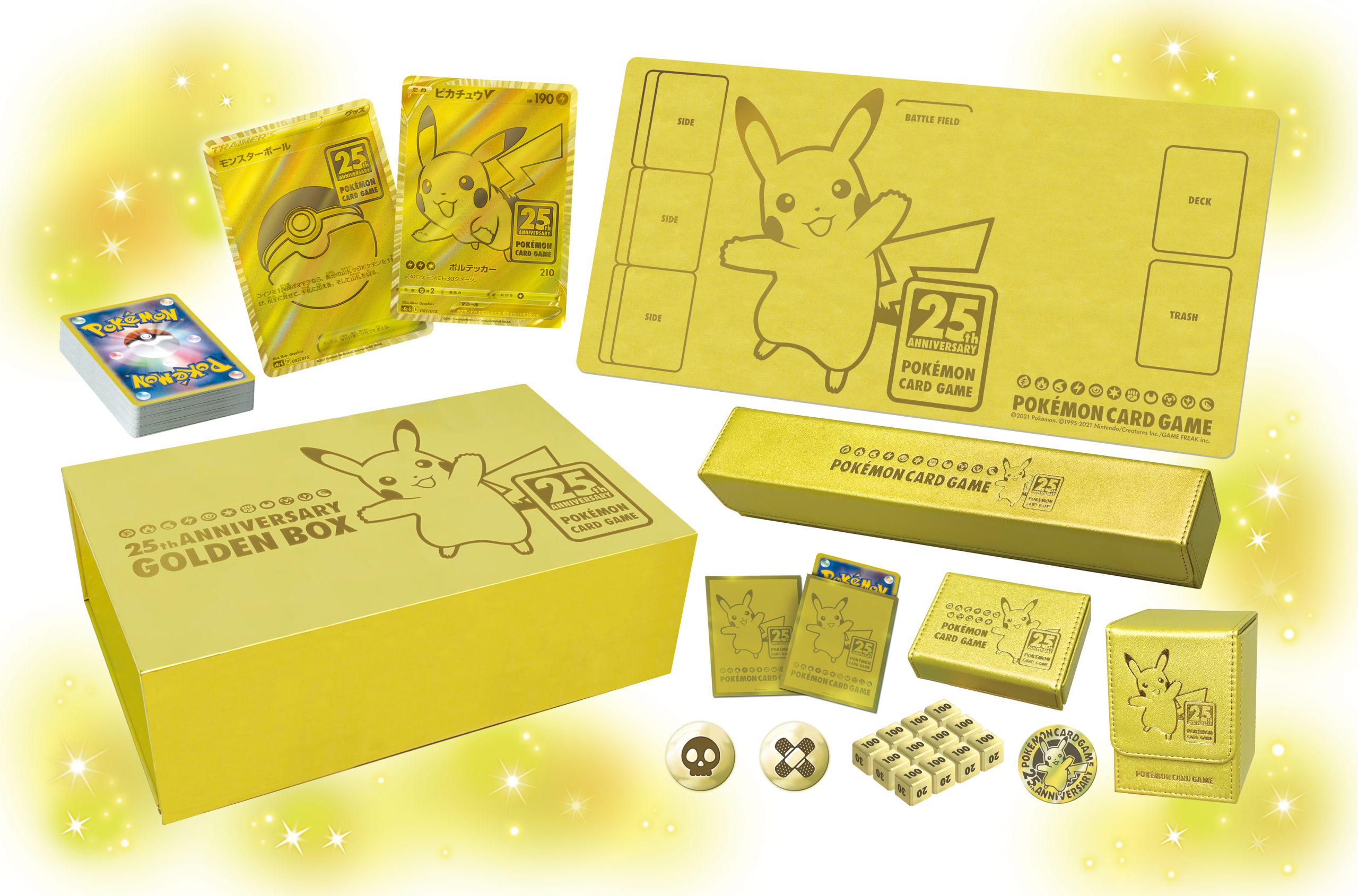 The official Japanese Pokémon Card Game website has announced the eighth subset of the Pokémon Card Game Sword & Shield Era, 25th Anniversary Collection, which is also the Pokémon 25th Anniversary's celebration set in Japan. All cards in this subset will be Holofoil, and feature a 25th logo. The subset contains more than 28 cards, with each booster pack containing 5 cards. While the only card revealed from the set thus far is Mew, this set is most likely the Japanese counterpart to the main set of the Celebrations expansion's announced last week, and thus cards announced for that set will likely be included here as well.

A separate 25th Anniversary edition promo pack was also announced, featuring classic and iconic cards from the history of the Pokémon TCG. These promo packs can be obtained only by purchasing four 25th Anniversary Collection booster packs from the Pokémon Center, with each pack containing a single card. The promotional set includes a total of 25 cards, and is most likely the Japanese analogue of the Celebrations expansion's subset. While the only card to be explicitly revealed from the 25th Anniversary edition thus far is a reprint of Venusaur from Base Set, other cards we know of from the Celebrations expansion's subset include reprints of Base Set Charizard, Umbreon ☆, and Tapu Lele-GX.

Finally, a 25th Anniversary Golden Box was also announced. The box comes with 5 x 25th Anniversary edition packs, a gold Pikachu V card, a gold Poké Ball card, a 60-card deck comprised of all Holofoil cards, a set of 64 card sleeves, a playmat, a die, condition markers, a coin, a deck case, a playmat case, and a dice case.