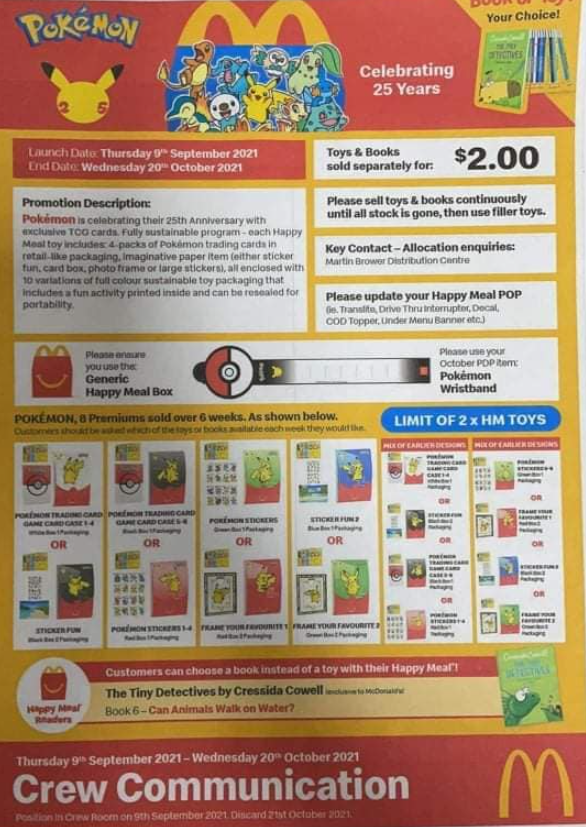 Despite being unveiled as "coming soon" all the way back in July, the 25th Anniversary Happy Meals haven't yet been released in McDonald's stores in Australia. According to an internal crew communication poster leaked to Press-Start however, the long wait is nearly over, with the promotion intended to commence in stores this Thursday, September 9, continuing until October 20, or while stocks last.

Each of the Pokémon Happy Meals includes a pack of 4 Pokémon cards, with one card per pack being a Confetti Holo. On top of the cards, fans will also receive an additional toy item, which appear to be the same items from the US versions of the Happy Meal. Australian Pokéfans will not however receive their Happy Meals in a special Pikachu box, but instead will have to make do with the generic Happy Meal box. There are 8 separate toy options available, which we can expect to be made available in rolling releases over the promotion period.

The 2021 McDonald's Collection set of Pokémon cards features 25 cards reprinting all feature starter Pokémon from various Pokémon TCG expansions from the Black & White, XY, Sun & Moon, and Sword & Shield Series in both Non Holofoil and Confetti Holofoil versions, for a total of 50 cards in the set. Each card retains its original layout, with the 25th Anniversary logo on the bottom right corner of the card's artwork. Rampant scalping of these cards in the US promotion infamously led to McDonald's being forced to issue a rare public statement responding to the shortages, and even having to offer customers "back-up" toys where stocks had run out.

Unfortunately for Australian Pokéfans, the Crew Communication poster indicates that, while Maccas will be instituting a limit of 2 Happy Meal Toys per customer, they will also be allowing Pokémon Happy Meal toys to be sold separately for $2 per toy set. Why Maccas is allowing this, when separate sales of the toys was one of the contributing factors leading to rampant scalping overseas, is anyone's guess.

Before these Happy Meals even officially hit stores, scalpers already appear to be hard at work ruining things for everyone, with reports of people literally purchasing them from McDonald's stores by the bag load. Auction sites are also already showing numerous local listings for unopened products. While many of these listings may be speculative by scalpers who expect to be able to buy the toys on their official release, several do include photos showing the product together with confirmation of the date, showing that at least some of these are from actual stock already possessed by scalpers. 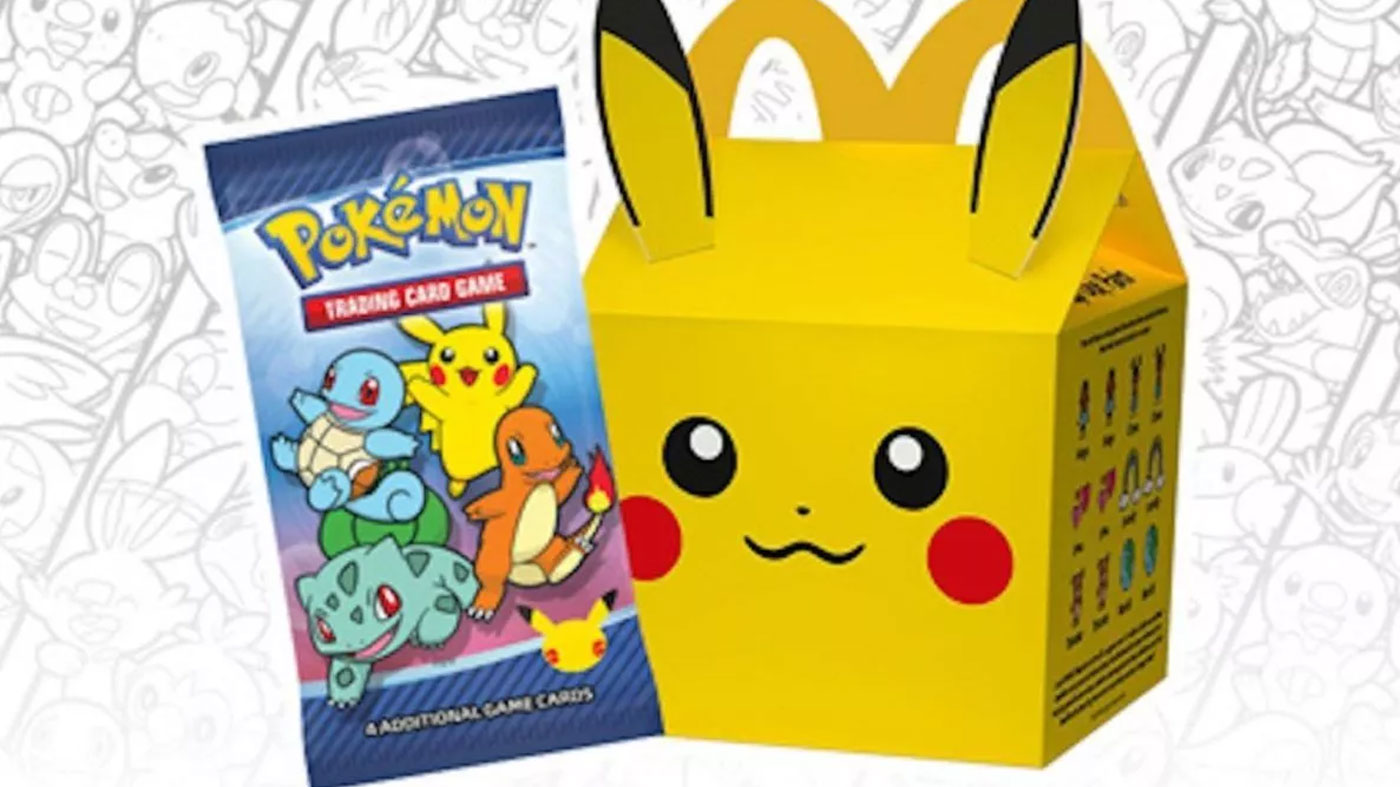 Archaic is the Webmaster of Bulbagarden and Owner of Bulbagarden since 2002. He has been a part of the online Pokémon fandom since 1999.
Outside of Pokémon, Archaic works as a Marketing Academic, and has lectured for courses on topics related to consumer behaviour, consumer culture, and marketing ethics. His academic research centers around the exploration of the antecedent factors for consumers' privacy protection and self-disclosure behaviours in social media.
And it has been said before on these forums, and I will be saying it again, that's the reason why we can't have nice things
Ohh I love these packs so much!! I bought quite a few of them to give away to children of some of my friends

Collect, touch, and explore the outdoors with the new Pokémon Outdoors Happy Meals from McDonalds Japan