A Dummy's Guide to Pokémon Battling

Starting now, we'll be introducing a series of articles designed to get people into competitive battling. These will be posted and stickied here as a reference. If you have any suggestions as to how to improve these articles, ideas for further articles, or if you've written an article yourself which you think should be posted, then please, PM me or another of the Battle Center mods!

Without further ado, I give you:
​

Index
Use CTRL + F with the asterisk and relevant number next to each section to find it.

So, this is basically a guide I've written up to teach people the basics and fundamentals required to succeed at raising Pokémon to their optimum efficiency. I'm sure by this stage you're thinking you're fairly experienced with your Lv.100 Charizard that dominates everyone in-game... Think again!

First and foremost, you may be wondering: what exactly is raising your Pokémon? The answer is simple: it's carefully breeding the best Pokémon with the right natures, defeating specific Pokémon exclusively, stuffing them up with vitamins, and giving them the moves they need to succeed.

Now, I know that sounds like a real mouthful, but trust me, it really isn't all that bad when you get used to it. Let's start with the very basics of Pokémon in general even: raising your Pokémon. Most people would just catch any old Pokémon that appeals to them and simply battle their way through the game without paying attention to Natures, IVs, EVs, or proper movesets. But to raise your Pokémon properly, you need to break down each component of leveling them up.

There are 25 Natures in total; each raise one stat by 10% and lower another by 10%. These are vital for a Pokémon to reap the benefits with the stat it uses the most and the stat it uses the least. Each Nature has its merits except for Hardy, Serious, Bashful, Quirky, and Docile. These Natures should not be used since they provide no beneficial stat boosts to the Pokémon.

*This section can be skipped as it requires a LOT of time and patience for every Pokémon you wish to raise, if you are raising the Pokémon in-game yourself*

IVs, or Individual Values, are hidden values in the game that generate the random stats of your Pokémon and also affect the move Hidden Power. They are hidden numbers that range from 0 to 31 and tell you the quality of a Pokémon's stats. 0 means that particular Pokémon's stat is the lowest it can be, while 31 means that stat is at its best and is considered a perfect IV. When a Pokémon is encountered or taken from the people in charge of the Daycare Center, its IVs are produced and once produced, they are stuck with the Pokémon forever.

If you really want to get into this, I suggest looking here: Smogon's Breeding and IV Guide

EVs, or Effort Values, are probably the most important part of prepping your Pokémon for competitive battling. EVs, unlike IVs, are not already written into a Pokémon's make-up when you encounter them. They are additional values that you give them for defeating other Pokémon, whether you realize it or not. Every Pokémon can have a maximum of 510 EVs in total and no more than 252 in any one stat. 4 EVs equate to one point raised. For example, a Gyarados that gains 24 EVs in Attack when it's Lv.57 will have its Attack raised by 6 points when it levels up. EVs do become more apparent as your Pokémon gets to higher levels, so when that Gyarados was a Magikarp it might only get one- or two-point stat raises when it's Lv.20, but when it's a mighty Lv.99 Gyarados, it could have its stats raise by 20 points when it levels up. 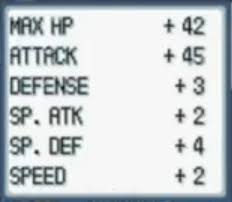 As you notice Pokémon's sets, you will find a lot of Pokémon go with 252 EVs in two stats and 4 in another, usually common in sweepers. If we look at Alakazam from earlier, we can see that the preferred amount of EVs would be 252 in Special Attack, 252 in Speed and 4 in a less important stat (HP, Defense or Special Defense).

Of course, by now you're wondering how the hell you can put EVs onto a Pokémon, but it really isn't too difficult if you can count or have a lot of money to burn (in-game, of course). Every Pokémon gives a certain amount of EVs. Here is a list of every Pokemon and their EV yield:
List of Pokémon by effort value yield - Bulbapedia, the community-driven Pokémon encyclopedia

For our example Alakazam, we could battle 252 Bulbasaur to get our 252 EVs in Special Attack and 252 Charmander to get our 252 EVs in Speed, but that's really impractical, not to mention they don't really exist in the wild. Obviously, this depends on your location and each Pokémon's rarity, but if you check locations, which Bulbapedia is great for, you can find places like Altering Cave in Emerald which only has Zubat to battle, each giving one Speed EV.

Luckily for you, there are EV-related items [*4.1]

Although battling for EVs is the most common way to obtain EVs, you can use vitamins to increase the stats of your Pokémon. Each vitamin gives ten points to a Pokémon's relevant stat, but a maximum of ten vitamins can be used per stat, so you can't rely on them for everything.

If you want to reset your Pokémon's EVs, there are berries which do the exact opposite to vitamins.

There is one very rare beneficial virus in Pokémon known as Pokérus; the chance to encounter it on a wild Pokemon is 3 out of 65,536. If you battle this Pokémon or catch it, you contract it and it spreads through your team like wildfire. This virus doubles the EVs an infected Pokémon receives, and once a Pokémon is infected, it can't be cured. The virus loses its ability to spread after two days, so either spread it as much as possible immediately or place a Pokémon with Pokérus in the PC, where the virus will remain frozen and still be infectious when it is taken out.

Most Pokémon have quite a few Abilities at their disposal, which is why it's best to use the one that benefits the Pokémon best. Alakazam gets both Inner Focus and Synchronize as Abilities, with Magic Guard as its Hidden Ability. Inner Focus isn't all too helpful; considering how fast it is, it's very unlikely to get outsped and flinched. Synchronize is quite situational too, but it's slightly better than Inner Focus, as it can put both you and your opponent in the same boat. Magic Guard, on the other hand, prevents Alakazam from taking damage from entry hazards, such as Spikes, or other forms of indirect damage, like Toxic, Sandstorm, Life Orb recoil, and so much more. Magic Guard would definitely be the preferred Ability here.

The Ability you choose to run can often be influenced by the set you wish to use.

A good battler always has the best suited items on his Pokémon, whether it is a Choice Scarf for the extra speed needed, Leftovers to take more hits, or even berries like Lum to grant the Pokémon temporary immunity to status moves, which is very handy for some sweepers. See here for more:

"Moveset" is basically a term given to the four moves your Pokémon can have. These can be level-up moves, breeding moves, Move Tutor moves, event-exclusive moves, or moves brought back by previous evolution(s) or Heart Scales. By now, I hope that you've come to realize that your Charizard's Ember, Flamethrower, Fly and Smokescreen may not be quite as good as you thought initially. It's important to choose moves that allow the Pokémon to perform at its peak by using moves that help your team (Heal Bell), hinder your opponent's (Stealth Rock), give you great coverage on your opponent's Pokémon, and utilize its moves to suit the particular EV spread and Nature you've chosen.

Until you've become quite experienced with team building, I suggest you use some of Smogon's sets, or those of other competitive battling sites. Let's take a look at Smogon's top-listed set for Charizard:

This is fairly self-explanatory really. Now that we know about Natures, EVs, items, and moves, we should be able to make an ideal Charizard, one that trumps anyone else's who doesn't raise their Pokémon to their full potential.
​

And that brings us to the end of this little guide. I think I could've went on about some other crap, but yeah, no one wants to read any more of it

First off, I'd like to thank you, the reader, for reading even bits of this and making it all worthwhile. I would love to hear some feedback on this, or if you guys feel I should add anything to this, or remove anything even. I would also like to thank Smogon University, Bulbapedia, and StrategyWiki.

Hey uh, thanks! I knew about natures and stuff but I have a few questions. I got a Docile lucario but it's stats didn't distribute evenly

I feel like it's because I used the macho brace which raised its attack but it's def is real suspect/low. Any reason for that?

I've also learned/know about type coverage in movesets and so I've given my zoroark grass knot, flamethrower, focus blast and dark pulse ( I like the animation better than night slash) but now which item should I use to maximize his potential?

Currently he holds the wide lens for focus blast accuracy increase, however I'm considering a focus dash or life orb to use, what would be best in your opinion?

I'm not sure if we're supposed to be posting here or not, but oh well.

In regards to your question, @Typhlosionisafirebadger;, a neutral nature simply means that no stat gets that +/-10% applied to it. There are still other factors influencing stat distribution though. For example Lucario's basestats are 70/110/70/115/70/90. Logical reasoning means that it's HP, Def, and SpDef stats should be about the same. HP however has different, higher growth rates than the other stats so really only Def and SpDef should be similar. EV training would influence differences in those stats, but since you probably didn't EV it in Def/SpDef, the more likely reason for any difference is something called IV's. IV stands for Individual Values and is a number generated at capture/hatch that is between 0 and 31. At level 100, the IV's give a stat boost equal to the number of that stat; if your SpDef IV is 20, your SpDef will have +20 to it at lv. 100. As for the difference between Atk and Def, well, you EV'd it in Atk and Atk grows about 1.5 times faster than Lucario's Def stat. And of course IV difference might account for some difference too. Hope that makes sense.

And I'd suggest Life Orb on Zoroark.
T

@LadyScathach; that did make sense, thanks for your reply!
L