On Hiatus All Things Bulbacast 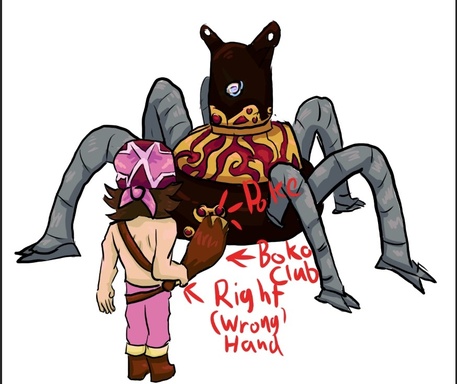 Hello there, everybody. It is I, Maniacal Engineer, the current Bulbacast Host.

Though the Bulbacast project has been around for a while, it had fallen into disuse after recording a only single episode in August 2014. The project was revived and rebooted in November 2017, right around the release of Ultra Sun and Ultra Moon, as part of an overall effort to revamp our social media presence.
Currently, the seventh season of Bulbacast has 10 full episodes, and 2 episodes of a new segment called Bulbacast Behind the Scenes.

The season 7 episodes of Bulbacast can all be found on YouTube here, and the Bulbacast Behind the Scenes episodes can be found here.

The Current List of all Bulbacast episodes, as well as links to download or view the individual episodes can be found here.

The following spoilers will explain the aspects of the project in more detail.


Currently, the schedule is to upload a full episode of Bulbacast to YouTube every other Sunday, though this is certainly subject to change depending on the calendar and the availability of our editors. Recording is done in two separate sessions. One is based around European Time Zones (nicknamed the Eurocast), and the other one based around American Time Zones (nicknamed the Americast). Maniacal Engineer hosts the Americast, and Saphir is the current host of the Eurocast. General format for the Bulbacast episodes is a Q&A about a specific topic, but we will likely be branching out from this in the near future.
On the Sundays when a full episode of Bulbacast is not uploaded, a new segment called Bulbacast Behind the Scenes will take its place, so that we can provide entertaining content for you every week. Episodes will include looks at recording order vs. airing order, the recording process, the editing process, as well as other tidbits of information about the various aspects of Bulbacast. This segment will also feature 1-on-1 or 1-on-2 interviews with other social media or Bulbacast staff members. These are probably all going to be recorded and edited solely by Maniacal Engineer, so my condolences in advance for the horrible audio quality.
A segment done during a regular Bulbacast episode, where the various panelists for that particular recording all watch the same movie, and discuss it. For now, this project is working on the Pokémon movies, starting with Mewtwo Strikes Back. The first Bulbacast Movie Night episode will be airing shortly.
Streamed via our Twitch account (and later uploaded to YouTube), instead of recording over voice chat, there has only been one Livecast episode so far, and that was done at the end of the Twitch Hackathon. These episodes allow the viewers to interact with the cast members and ask them questions or add their thoughts to the conversation. Though this will not happen every week, there will certainly be more Livecast episodes in the future, so be on the lookout for those.
That's about all for now, although an idea currently in development is the Bulbacast Game Show, which will definitely break from the standard Q&A format of the episodes.

First of all, despite my LP series being on a hopefully brief hiatus, a new episode of Bulbacast should be airing on this upcoming Monday, March 16th.
Second, since I took over as project head for Multimedia, and am now managing multiple series, including my own LP, @glik is the new host of Bulbacast, though, in an interesting twist of fate, he's using my old microphone.
Third, Bulbacast will probably be updating ~once a month, or so. Though that depends on glik, and the availability of staff members to participate in the recordings.
Fourth, the audio editing process for Bulbacast has previously been extremely long, extremely tedious, and we've never had an abundance of audio editors, so most of the recordings will be done live and uploaded raw.
Lastly, we're actually moving away from "seasons" of Bulbacast. Everything that's been done since Bulbacast was revived in 2017 is going to be considered a fresh start and the beginning of the Bulbacast series.