Well, the revamp is (for the most part) done.

As you can see, the changes this time around where quite extensive, and involved LOTS of moving threads around (hence why so much downtime was necessary). Another thing to note is that the vast majority of older threads (more than three months old for most forums, six months for Fanfic, etc) had to be archived, else this whole revamp would have been simply impossible. If there's an older thread you'd like us to bring back, please PM one of the admins, we'll look into it - provided you know the thread title (so we can use the admins search engine to look for it).

Now, to look at each of these changes in depth :

1)No more General Discussion; Pokémon News forums.
Between the Creation of Club, Games, and the rise of World as *THE* central theme of BMG, General Discussion has lost most of its uses in the past short while. As such, it was cut. Any thread that doesn't fit any of the existing forum belongs in Outside the Box for the time being. POKEMON NEWS, which is now the first pokemon-related forum on the list, will give us a centralized location to discuss new information as it is revealed, rather than having to dig through several separate forums.

2)"Current Event" series of forum.
This is one of our newest idea : the point of it is to provide a centralized and highly visible forum to discuss important current issues, both pokémon and non-pokémon. As you can see we now have one for the ongoing devastation in the Gulf of Mexico (Rita now, and Katrina before); we will have one for Pearl/Diamond as soon as more information begin filtering. These forums will NOT be permanent fixtures: the hurricane one will be merged back in misc in a few weeks, the P/D one will similarly be merged back with Games some time after the release (English, probably). On the other hand, new forums - perhaps for the 9th movie, or the 2008 elections if we last that long - will surface as ncessary. If you know of an issue which you believe should get its own "Current Event" forum, feel free to contact an admin. We can't (and won't) guarantee we'll give you one, but we'll certainly listen.

3)Expanding the Universe
As you can see, Pokémon World is no longer a small forum at the bottom of the "Pokémon" Category : its now its very own category, and a top-level one too, with forums to cover a variety of topics, from the creatures that inhabits the pokémon world to the people (as well as their types, their attacks, etc), with the creatures and places as well as the technologies in-between. There are thousands of topics to cover in each of these forums, and we hope you'll enjoy the discussions! Also, as you can note, Pokémon fanfiction and fanart has been brought in-line with World.

5)The Games area
Some changes there as well : what used to be "Random Games" is now split in two ; a forum for more lighthearted games ("Party Games"), and a forum for the more intelectually minded games ("Mind Games"). In addition, all our old stalwarts (Fizzy Bubbles, DiploGame, ASB) are still around, of course.

6)Culture and Art
A whole new category dedicated to art, culture, language and all those kind of things we've shown we loved time and time again! Whether you want to talk about music, movies and books (ENTERTAINMENT), to showcase your non-pokémon creations (music, writing, art) (Creative Corner), to practice your foreign language skills or learn about exotic languages from other members (Tower of Bulba), or just to scream your love of all things Japanesse on all rooftops (Land of the Rising Sun), this place should prove interesting to members.

7)Technology
An old category back from the grave from the early days of Bulba. With a general technology forums to discuss everything from new IM devices to airborne lasers and the space race, and our good old Webasters Forum , Multimedia forum and Other Video Games making another comeback, this should prove an interesting forum.

8)Club Sandwich
You asked for a Club forum, and now you have it.

9)Community-Created Communities
Have an idea for a forum you'd like to operate and share with your BMG friends (and potentialy to bring more people to) ? Harry Potter, or maybe InuYasha, or Civilization? Now you can have it. CCC is what *YOU* want it to be : the forums you want, when you want them. All you have to do is contact an admin, and provided the request is within reason (ie, not a duplicate of somethign we already have, and nothing (too) explicit or offensive), we'll (probably) provide,

There have also been some changes to the staff to go along with this :

-PIE and JIGGLYSAMA are now moderators.
-BARB has now been promoted to administrator.

Congratulations to all of you!

I think that's about all. I hope you'll enjoy the new changes!

Congrats, everyone! (especially Pie, I was rootin' for ya!)
S

Whoa...
That's a lot of changes made. Good thing the threads in my sig had their URLs intact. =3
Z

Threads are generally not affected by forum shuffles.
D

Well, this is interesting, and at least I can enter now =D. And yay for Pie! :-D
S

lol I like it, but it'll take time to get used to. haha I'm having trouble trying to find everything I generally post in :blush:
M

Yes it'll take time to get used to but that's why we mentioned it before it happened, so it wouldn't be some random thing.
K

Congratulations to our new mods Pie and Jigglysama and our new admin Barb!
M

These are some cool changes. The "Pokemon World" focus / expansion is amazing and wonderful, because that is the strength of everything.

If I hadn't misplaced many important files, I would post in one of the Pokemon Wold forums something I had written up the other day... 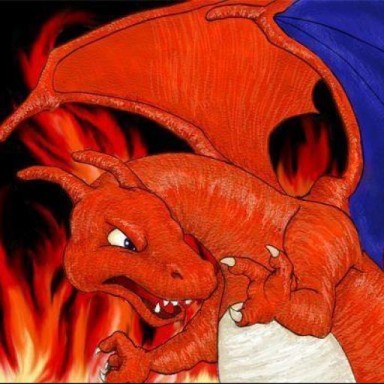 An interesting and quite nice change and makeover.. let hope this allows for substanstial grown and flexibility here on bmgf
P

I'm honored and delighted to be a moderator here at Bulbagarden! Thanks, guys! And congrats to Jigglysama and Barb as well!

And I must say, these changes are larger and more pleasing than I had expected. Everything certainly seems more organized than before. Nice!
K

Friend of the ABC

Nice changes, it seems like Bulbagarden evolved! Can we change the name to Ivygarden next?
B

If you want my honest opinion of the revamp, I think it has too many forums. I was just discussing it on chat last night...
F

I think we need to see how they work out. Too many forums could put people off.

I haven't even begun on some of the forums lower down, but then when I first came I started out mainly in the anime section. It may take a little getting used to for us, but will all newer members take that time?
F

We've been trying to "limit forum numbers" without much noticeable effects for too long. AT this point in time, I'd rather try and see how "more forums" work than try to further cut to make rooms for new ideas.
K

Corvair said:
Nice changes, it seems like Bulbagarden evolved! Can we change the name to Ivygarden next?
Click to expand...