Contest Blaziken VS Infernape VS Emboar 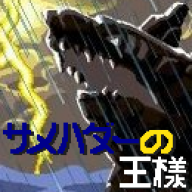 Blaziken was wildly popular back in the day, often compared to Charizard. It had an original type combo, and it was quite scary to face in battle, dur to its strong offensive powers. Today, that's more true than ever, thanks to Speed Boost and the ridiculously strong Hi Jump Kick.

Then came the monkey Infernape. When it came out, this eager ape stole Blaziken's thunder with its superior Speed, though that's now fixed because of Blaziken's new Speed Boost. It was hated because it copied Blaziken's types, but also loved on a competitive note. Infernape is especially proficient with a mixed-category set.

Now we have Emboar. This thing completely fell flat on its enormous face because it used the Fire/Fighting combo for the third time in a row. It has massive Attack and big HP, but that's about it. It has so-so defenses; definitely not enough to abuse that HP. It also has very bad Speed. In Trick Room, it could work with a "suicide pig" theme, due to all those recoil moves and Reckless.

Which is the most useful?

Which would you use?

I'd go with Blaziken. Ever since it came out, it's been my favorite Fire starter.

Blaziken for being original and having epic offensive stats.

Which is the most useful?

Used to be Infernape, but now Blaziken has Speed Boost so it takes the cake on this one too.

Because it's the FUCKING THIRD FIRE FIGHTING STARTER IN A FUCKING ROW. And it has crappy stats. 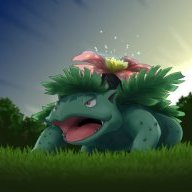 This one's easy for me, Blaziken wins hands down. It's my favorite Fire Starter (actually, it's the only Fire Starter I even like)

I've always hated the damn monkey. It just looked terrible in my opinion and is to this day my least favorite Starter (although Enbuoo seems to be interested in that position). I did appreciate it competitively but I'd choose Blaziken any day, even back in Gen IV. Now that Blaziken can run circles around the monkey thanks to Speed Boost, our simian friend just can't match up. It's been overshadowed by the Pokemon it used to overshadow. IRONY!!!!

The pig (as he shall heretofore be called) is just as bad, if not worse than the monkey. A good movepool and good offensive stats are rendered nigh useless due to it's crap speed. It's high HP is nullified by it's crap defenses. Fire/Fighting again is the nail in the coffin. It just sealed the deal, not just for me, but competitively as well. It now has to compete with the much faster monkey and the much more powerful and versatile Blaziken. The pig is arguably the single worst Starter to date (no, Meganium is NOT the worst Starter out there)

To answer the questions:

Which is more useful?

Blaziken because of it's power, versatility and support options

Which would you prefer?

Yeah, I messed up on the last option. Meant to tpe "use".

My answer remains the same. =P

I just love what Nintendo did for Blaziken. Speed Boost really flips the chicken finger to the monkey's face. It also got Hi Jump Kick, which got boosted to 130 BP. Talk about pain! Now I think we can live with no CC, and it sure would love to keep its bulk to survive priority.

As for Enbuoo... I believe this is its most viable set.

Something else setting up Trick Room is the only way for Enbuoo to shine. That high HP allows it to use a lot of high-powered recoil moves. Life Orb is risky, but allows move freedom. Choice Band is actually quite dicey in a Trick Room setting.
Z

Enbuoo had so much potential and they wasted it on another Fire/Fighting. That means that more Fire starters end up /Fighting than don't.

Blaziken is totally awesome. Glad he got the boost he deserved.
K

Blaziken.
Reason #1 He was the first fire starter and then got 3 overrated brothers.
Reason #2 I like his design

^there you go, 2 epic reasons
Z

Blaziken. It deserves the honor it lost.
D

Blaziken has always been one of my favorite final starter evos, so I pick it. Plus, it's the first of the three, so it deserves the honor.

I like Enbuoh, too, though. It's a freaking beast. Nitro Charge + any other STAB physical attack kills, especially with it's high attack.
Last edited: Dec 5, 2010
I

Infernape is my favorite. Blaziken is pretty cool too.

Enbuoo is a disgrace to Fire-type Pokemon. Absolutely awful.
R

I might be hated for saying this, but I was the guy who voted for Embuoo. I never liked Blaziken or Infernape, they're my least favorite starters of their respective generations. I like Enbuoo because I think he has great stats and a crazy good move pool. Others can disagree with those two points, but I think he has the most promise of the new starters. Un-originality aside of course.
Z

Blaziken, but not with the ugly sprite that BW gave it. I much prefer the DPPt ones - its eyes are warmer in that one.
R


rbogey said:
I might be hated for saying this, but I was the guy who voted for Embuoo. I never liked Blaziken or Infernape, they're my least favorite starters of their respective generations. I like Enbuoo because I think he has great stats and a crazy good move pool. Others can disagree with those two points, but I think he has the most promise of the new starters. Un-originality aside of course.
Click to expand...

But seriously, Enbuoo kind of has shitty stats. No speed, and lack of defenses ruin his good hp.
G

BLAZIKEN!
But only because it evolves from Combusken, my favourite Fire starter.
Infernape is too...hyper-active for me.
Im not even gonna try and justify disliking Emboar. Its just lame.
Z

Even though I like Blaziken and Embooa´s desing, I prefer Infernape. Why? It's faster, with balanced offenses and is based of a Kung-fu monkey. That's awesome actually. Plus, I do kung-fu so... yeah :B 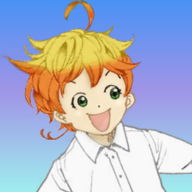 I'm going with Infernape though. Blaziken may be an awesome KFC, but I just like Infernape's design better. Enbuoo would have been more awesome if it had been Fire/Dark and not the third Fire/Fighting starter in a row.
R

Pft. I like Blaziken, but to be frank I don't give a shit about who copied who. I like Enbuoo's design, and sure, it's not a powerhouse like Blaziken now is, but I still love it. Heck, at least it tried to have a different playstyle, thing Infernape never did. Now it's a bit different from Blaziken, due to the powered punches (as opposed to Blaziken kickin' style) but still... Screw types, I like designs :smokin: 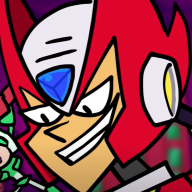 I voted Enbuoo. I still think it's cool regardless of stats. :3
Plus, it reminds me of Ganon. You must feel compelled to vote for it...
Or else YOU WILL DIE. X3
/joking 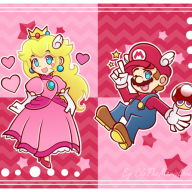 My heart is set for Blaziken, because he's a fiery chicken. It's awesome that he has Speed Boost this generation. Now the only thing left is for Dream World to release a Speed Boost Torchic.

As I had observed, Enbuoo got the most hate because of these three things:
1) He's Fire/Fighting. This is actually a useful type combination, but fans wanted a new type, so of course he got hated because he has a repeated type combination! It doesn't help that he's a starter, because Generation 4 is the only generation with unique type combinations, which is doomed to have fans expecting subsequent generations to have the same for all starters (I think).
2) He is Chinese-influenced. In layman's terms, Infernape's Chinese-influenced, so to some, he cannot be influenced like that without being hated. I think that if the influences of the starters are switched around (Tsutaja's evolution being Chinese-based, Mijumaru's evolution being European-based and Pokabu's evolution being Japanese-based), then this problem might not exist, but oh well...
3) He's not a quadrupedal boar. I think fans expected Pokabu to end up like this since he's, well, quadrupedal in his basic stage, and had prepared to hate him if he's not.

That being said, despite these reasons through my observation, I didn't hate him for them. In fact, I think I like him more than Infernape, mainly because he's a tank and has a very unique movepool.

Greninja vs Infernape vs Charizard whose base form is stronger?