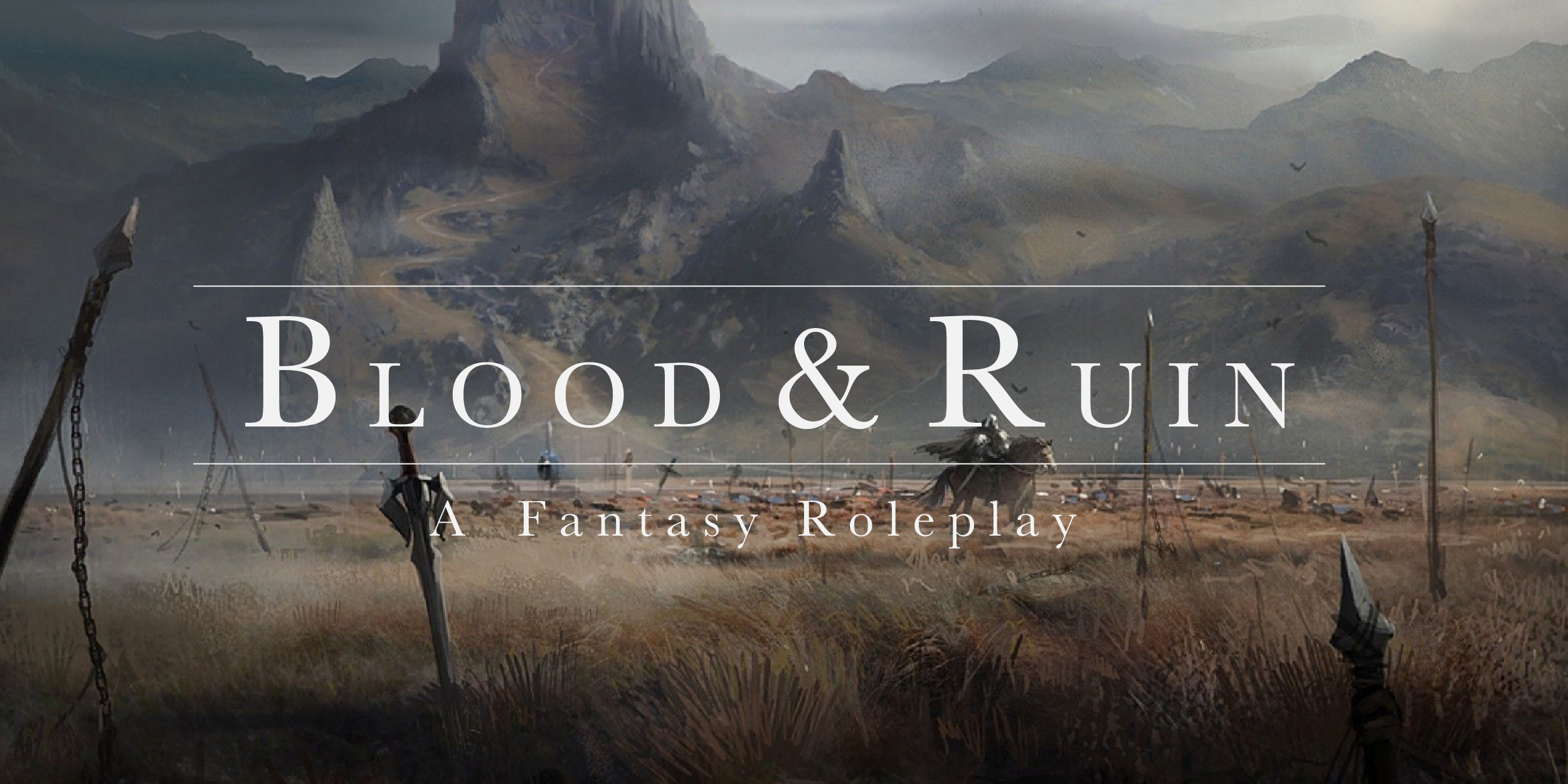 ​
At first the world was nothing - a blank slate, void of all colour and life. This blank slate was a canvas for The Creator, painting his world with whatever he had desired. Lush forests, vast valleys, and endless oceans, there was no limit to what The Creator had envisioned. Once the landscapes were painted, it was now time to populate the world with his children. In a lone, massive desert, far from any forest and oceans, sprouted a plant. This plant soon began to grow, growing larger and larger until it became a tree. A tree that was much more monstrous than any other. It's branches stretched across the sky, visible from the horizon and its leaves large enough to cover lakes. The tree, once fully grown, began to bear fruit. The first fruit fell from the branches of the tree to the world below, smashing it to pieces as it hit the desert sand. Out of this fruit, came a being - the first of its kind, this was The Creator's plan. To give birth to the inhabitants of the world, through the Creation Tree. As each fruit fell to the world, each one gave birth to a new being, and the world as we know it, began to take form.

Location: Continent of Aras | Country: Salos​
The World has entered the Third Era. Currently in the midst of a Civil War, the King of Salos, known as King Gabriel, is warring with the rebellion group known as Grandora. Diaz, the leader of this rebellion group, is currently gaining a lot of traction in the country, vowing to end King Gabriel's reign, and become the leader of the country in his place. Diaz offers the people of Salos a much more aggressive approach to international affairs, compared to King Gabriel. Wanting to invade other countries, and expand his empire, Diaz claims that other countries will take advantage of King Gabriel's passive nature, and it's only a matter of time before Salos becomes the receiving end of a dispute among countries. Although some people side with Diaz, many people consider his approach to be too extreme, evident in current events, where his forces have been razing and taking over villages and towns, in an effort to expand his rebellion's hold on the country. As of right now, Grandora has most of their captured regions within the north-eastern part of the country, however, they have been slowly making their way to central Salos, as well as reports of some forces being seen in western Salos as well. As of right now, only time will tell of how the war will be played out, and whether or not we continue to be ruled under Gabriel, or possibly Diaz.


~​
Welcome to my role-play! Blood & Ruin is set in a typical medieval/fantasy setting, and is not part of any existing franchise/series. Because of this, there will be lots of world building, and I will update the Lore as I see fit.

The role-play will currently begin in the town of Bellus. Nestled between forests and tree-covered mountains, Bellus has a rather moderate climate that many people enjoy. With a river that runs through the town, Bellus has a little bit of everything that makes this quaint town what it is. As it was stated in the beginning of the post, the country is currently in the middle of a civil war, with the rebellion group known as Grandora being the main antagonist. Bellus however, is located in the southern-central portion of the country, where it has been largely unaffected by the war at this point in time. Because of this, the town has still been quaint and bustling with people continuing their day-to-day lives. There has been a large presence of guards sent from the Royal Capital to increase a bit of security in the town, just as a safety precaution. There are markets, farmland, as well as various other businesses located in town such as a blacksmith, mills, etc.

Although there are Non-Human races that exist (such as Elves), these races are not going to be playable. I'm trying to flesh out the Lore for these races throughout the role-play, and so that's why they will be locked for the time being. Magic also exists in this role-play, but not at the beginning of this role-play. If players wish to learn magic, I will make it available as the RP progresses, for select players. But for now, do not worry about it. Monsters will also exist (monsters as in, non-animal creatures), and I will be creating a monster-index of sorts for these creatures.

Preying upon people, and ultimately capable of wiping out humanity, monsters are considered to be the absolute worst form of life in the world. They are also widely regarded by other names (demons, etc) by a majority of the population, because of their often grotesque appearances that don't depict common animals. Their history is shrouded in mystery as it is unknown when exactly they appeared in the world, however some documents state that they originally showed up after humanity made their mark, whilst others claim they have been here before humanity. However, they have had an impact on humans' bloody history, terrorizing, hunting, and eating anyone or anything they come across. Although for the most part, they thrive in the wilderness, they are the main reason why many people do not venture out alone. They are not however, invincible. Like any living being, Monsters can be killed, although it may require a bit more effort than a simple mountain cat, and may require more than one person. Like animals, Monsters often have species as well. It is not known how they reproduce, however, it is a generally known fact that they do reproduce in some manner or another.

Your character is currently a citizen of the town of Bellus. How they got there, is up to you. It's possible they were born there, travelled there for work, or came from another country. What they do for work, or their day-to-day life, is also up to you! I will note, this role-play IS an adventure role-play. Because of this, keep in mind when making your character, as the story will force them to travel away from Bellus at some point, due to the war.

1. All Forum Rules Apply
2. This is a rather darker roleplay, so I guess I rate it "m" for all the usual stuff (swearing, some gore, adult themes). Please don't abuse this, and use it as an excuse to swear excessively or be crude or vulgar. I rated it this, to give a bit more freedom with writing.
3. No godmodding. As said before, this is not an RP about fighting, but make the fighting realistic. If your character got hit, make sure you describe they actually got hit and not just shook it off like it was nothing ( a punch to the face does hurt).
4. No having multiple characters
5. No bunnying other characters without permission. However, something I do allow, is for you to bunny my character if you need to (you don't have to ask me, unless you think it is something out of the ordinary for my character to do).
6. Not really a rule, but please give me critique if you don't like something. For example, this roleplay will function in “chapters”, so if you guys absolutely hate the whole chapter thing, then please let me know and I will most likely scrap it. With that said, if you have an idea for a chapter or want to have one revolving around your own character or whatever, please let me know.
7. Once again, not really a rule, however, I should note that this roleplay is not based around any existing franchise of the sort. It is simply my own creation.

Name
(Straightforward. A First name and middle or last name (if they have one)).

Appearance
(Good description of your character. Picture does not substitute for writing. Only human characters.)

Personality
(Explain their personality. Their traits, habits, how they behave etc.)

Background
(Probably the most important section. Detail anything here, from their origins, social class/status, occupation, family, or anything else that would fit in here.)

Weapon
(This is OPTIONAL. Your character will be getting a weapon as per story anyways, but if you want them to start with one, that's okay. If you do choose to start with a weapon, choose a basic one for now).

Other
(Anything else you want to add?)

I am only looking for around 4-6 players, as I do not think I am capable of handling any more than that. Because of this, I sadly will not be able to accept every single player that wishes to sign-up, so I will be not only looking for players on a first-come first-serve basis, but also on the quality of the role-play. If your sign-up/character has anything in it that I would consider to be 'lore-breaking', I will let you know!

EVERYONE: bric-à-brac [a flash fiction collection]