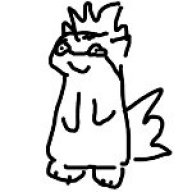 So that we don't need to create more threads and topics on the main page, report your problems here.


To administrators- there are session issues that occur exclusively while performing administrative actions (such as protecting pages, deleting etc.) These issues aren't much different from the ones above, so there is no need to report.

I can't get Bulbapedia to come up. I keep on getting an error like this:

Bulbagarden RPGwiki has a problem

But I need the main images for Squirtle and Pidgey and attack info up to level 15.
M

Also, WTF is "Bulbapedia RPG Wiki". The logo is different. And when the main page worked for a second, the Main Page was different, smaller. I believe it's some new project. But why on Bulbapedia's page? I think someone's messing with Bulbapedia coding...
T

This is most likely to do with the software update we've just had. Unfortunately, all the people who know stuff and can do stuff have gone to bed, so you're going to have to wait it out.

It's the same on Archives and News, btw. Just in case anyone cared to wonder.

Maxim: RPGwiki is the long forgotten fourth wiki TTE mentioned a while back in a thread about Overgrow. It was closed down aaages ago and I'm not 100% sure of its function, but it appears to be some kind of metagame/fanon thing.
Last edited: Jul 28, 2009

theres no reason for anyone to access the RPGWiki, so, unless its telling you theres an error when trying to access the main wiki, archives, or news, than i dont see a reason to get up in arms right now.
T

There was an error, actually, caused by Zhen rewriting the configuration for RPGwiki. Don't understand? Don't ask. If it still isn't working for anyone, your page is most likely cached and it will restore in time.

i do understand, but i wasnt getting the error, so, i used to not understand.
R

Ever since account creation was reopened, I noticed that I haven't gotten anymore problems with random logging in/out or loss of session data. Does anybody have the same idea?
T


rockersk08 said:
Ever since account creation was reopened, I noticed that I haven't gotten anymore problems with random logging in/out or loss of session data. Does anybody have the same idea?
Click to expand...

That's because Zhen fixed it.
K

Marriage Is For Kiddies

I still have logging in and out problems. Gets rather annoying. 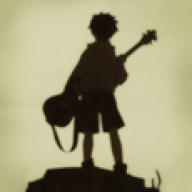 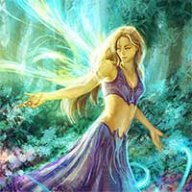 If every admin on this site doesn't know my probs I need to bitch louder! PPP


It logs me out almost as soon as I log in!
Z

It appears that one of our memcache services died. I have restarted it - should be fine now.
M

It would've been better if they put down question marks instead of "Trade" if Bulbapedia don't know where they will be. But let's assume they are at the same place.
I

No assuming. However, an Unknown might be more appropriate.

You don't get a Pokemon by question marking it into your game.

Some of the Pokemon that say "Trade" for their HEARTGOLD and SOULSILVER location like Teddiursa and Phanpy are placed in their version-exclusive list. How can it be version-exclusive if you need to trade from another game.

Because it's a wiki and anyone can edit, so it screws up sometimes.

If you see something's wrong with it, feel free to fix it. This thread is more for glitches and the like than content issues.
T

It defaults to trade for all of them if nothing's entered. All it means is that no one's entered them in yet. If you find the HGSS location, then put it in yourself, thanks.
P

Not Hurt By Pain

The effects of climate change on Australia’s only endemic Pokémon: Measuring bias in species distribution models