After Kibago and Zuruggu battle, the group runs into a Gothimu and her trainer. She challenges Satoshi to a battle to win Zuruggu! Will Satoshi be able to win?

I liked that Pokabu got a win here, as well as Tsutarja.

Overall a pretty good episode. Was a bit disappointed that Hatoboh wasn't out with the others at the start though.
Z

Yeah great episode, I'm not even refering to Tranquill but the shot with them eating and sleeping should have all the pokemons.

Its even more stupid that Dent is making food for Satoshi pokemons and Axew and his are in the pokeball, from a sense stand point it makes no sense XD, but I ignored that after a while seeing nothing else would come out besides Tranquill since we knew from the cast list.

That Gothimu need to GTFO

She was really annoying

Also I think Kibago thinks of Zugguru more than a brother....

I was able to see most of the episode. Koharu managed to be more entertaining than I expected, from sneaking away during Dent's ramblings to knowing just which buttons to press to get Satoshi to agree to battle with her. The image of Zurug leaving in the middle of the episode (Was it Kibago imagining that? I had to step out of the room at the time) was pretty funny as well.

I also liked seeing Satoshi's pokemon battle for a change. I wish someone would just freakin' evolve already, though.
M

A rather enjoyable episode actually. Tepig and Snivy got much needed wins against Mandibuzz/Gothia. Snivy, and Scraggy continue to the best parts of Ash's team currently too. I'll echo the disappointment with Tranquil not being out in the beginning. Come one, I want to see it in a trainer battle already.
Last edited: Nov 10, 2011
捷

Still have no idea on what they said. The interaction between Kibago and Zuruggu is adorable. I can't really say much about Koharu, but she's not as boring as most CotD. For the good parts, Tepig and Snivy really have more focus this episode.On the other hand, at least Tranquill appeared. Seeing Ash's team, I guess we know who got Oak'd/Juniper'd for now. Other than that, Ash is still as impulsive as before...
A

Nothing important happens. Surprised Tepig got a win over his opponent considering how outmatched he appeared to be in the preview. Wasn't surprised that Snivy fought and defeated Gothita.

Koharu has two badges so she might be a possible Unova league opponent in the future.

Nothing else to say about this episode.
B 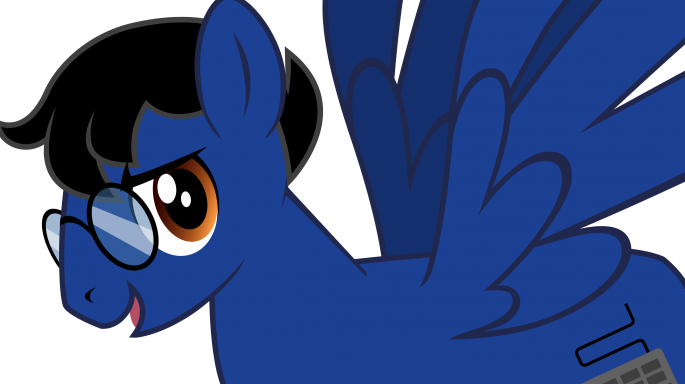 Yeah, kinda sucks about Tranquill. She deserves much more screentime after being shunted to the side so often.

All in all, this looked like an entertaining episode. As usual, Scraggy and Snivy are full of awesome, though I didn't really like that bratty Gothita.
G

Seems Iwane and co. noticed they were separated at birth too. Love them shout-outs!
A

Haven't seen the episode yet, but...

Scraggy, and Axew have quite the Bromance thing going on.

Minor detail, but I loved the way Snivy was sitting on that rock while watching the battle between Ash, and Koharu.
A

I liked the opening scene. Axxew and Scraggy make great sparring partners. Looks like the Cotd may potentially be more than that because she has badges. Potential league rival?
P

Great episode, glad Pokabu got a win and Tsutarja was a complete badass as usual. 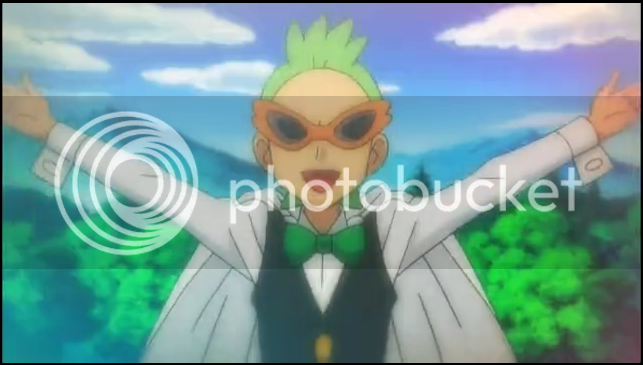 Loved how Axew was having a panic attack at the mere thought of Scraggy being traded, while Scraggy just kept eating and when all of Ash's pokes beside Snivy were trying to convince him to use him.
The battles were well done.....and Garbodor was calmed through the sweet smell of Aromatherapy....huh.
All in all, well worth watching.
A

Axew's dream was the best part of the episode. I loved how he perceived Gothita to be a huge monster and Cilan to be even more flamboyant than he usually is.

Although I am glad that Oshawott took a backseat in this episode, it was very awkward how the animation of this episode kept including him for no good reason. This was especially apparent near the end of the episode, where Tepig and Oshawott were present when Scraggy, Axew, and Gothita were missing. Although Ash told T&O to find the other pokemon, only Oshawott was present for the reunification scene. Tepig was nowhere to be seen on-screen until the next day when he was present alongside the other pokemon cheering on Snivy. The end of the episode explicitly featured Snivy, Axew, and Scraggy walking in front of Ash and co.; again with Oshawott and Tepig nowhere to be seen. Were they recalled back in their Poke Balls?

This is just further proof that Oshawott, and to a lesser extent, Tepig were not necessary in this episode. Scraggy and Axew have a brotherly relationship, which is threatened when Gothita orders her trainer to force Ash to give Scraggy over to them if he loses a battle. The battle has been postponed due to a storm, which culminates in Gothita luring Scraggy outside while Axew is nerviously chasing them. Snivy, as the guardian pokemon that she has been portrayed as in the past, protected the duo up to the very end; she purposely allowed Gothita to get hit by Garbodor's attacks just because she caused them to get in this mess in the first place. When Ash decided to solve the problem diplomatically, Gothita was going to attack the Garbodor for what it did to her. Snivy attacked her before she got the chance. This finally resolved when Gothita, the vindicative little brat that she is, eventually picks Snivy as her opponent. Snivy effortlessly defeats the pokemon, causing Gothita to storm off.

Oshawott was never needed in this entire episode and Tepig was barely needed for one battle that even Scraggy could have resolved on his own. This episode was further proof that the mascots are not going anywhere. They are just as intrusive and space wasting as ever.

Gothita is arguably the most emotional pokemon that has ever belonged to a member outside the main cast. She was very spoiled and wanted things to happen her way. Gothita was very tempermental, much like how Piplup was back in DP; and just like Piplup, she took a fair amount of abuse from other pokemon's attacks just for the sake of comic relief. I can see why Gothita belonged to a COTD; she would have never been able to get her way with the members of the main cast. Iris especially, but even Ash and Cilan have bigger backbones than Koharu ever did.

Oh yeah, and Tepig got a victory over a Mandibuzz. Oh joy. Ash, why not just pick the pokemon that is already put at stake with this battle?

Again, this episode wasn't amazing. If you wanted a decent episode where the main pokemon were explicitly interacting with one another on a deep and personal level, here it is. Koharu's potential as a COTD had been entirely wasted since she had very little backbone and followed that little imp's orders to the very end. I was surprised that Koharu was even on a journey to collect badges, but I guess that the writer needed to fill time for this episode by having the main characters talk about the Nimbasa City experiences (Ash brought it up when he mentioned Elesa as the Nimbasa Gym Leader; Koharu had only the Basic and Insect Badges).

Although this episode was almost entirely focused on their relationship, I found it very ironic that Scraggy nor Axew were used to battle to keep them together. You'd think that Ash would have used Scraggy in the wager, or at the very least, Axew would have battled to protect his "little brother." Apparently the writer of this episode perceived both pokemon to be so weak that they should never be used to battle anything except each other.
Last edited: Nov 10, 2011

It's nice to see Scraggy and Axew get screentime together. So, she wants to battle Ash for Scraggy, huh? I'm surprised to see Tepig win because I'm not sure if Tepig has won a battle in a while. Aww, Axew loves his "little brother". You tell her, Snivy. Errr....I didn't exactly mean blow her into a flipping crater. I guess she deserves it, though. This ep was pretty good.

This episode was great. Probably enjoyed it more than I actually should've due to the string of rather weak eps recently but overall great stuff. Gothita seems to be more the trainer than the trainer herself but I love the dynamic and would love to see them again. Their showing was too strong for their own good.

Axew's dream was awesome if not for how he seems to view the group as a whole.
F

A bit pissed at how Hatoboh gets kicked to the curb everytime the writers get a chance. BIRDS AREN'T ON THE ANIME ONLY FOR SEARCHING LOST POKÉMON/PEOPLE!!!