Did N rebel against Ghetsis because Reshiram made him realize the truth behind Team Plasma?

This was ok I give it an 8/10 maybe I will reconsider later if some other people have other opinions and if I look at it again.

This episode was fine in my opinion. The beginning was kinda boring, but it was better once the battle between Team Plasma started.

Did Oshawott really need to be in this episode? He didn't really make much of an impact and think anyone else could have taken his place; Leavanny comes to mind with his parent-like nature. Also why was Ash using Pignite instead of Charizard? He went through all of this trouble of bringing him back and then he continues to use Pignite. Then Pignite ends up losing the battle Charizard surely would have won. You would think Pignite would have been sent to Juniper's once Charizard returned. (Or maybe that's just me).

Ash's Pignite getting knocked out by a Magnezone's Magnet Bomb and Pansage's Bullet Seed... I don't even--
Last edited: Mar 21, 2013

I guess I'll have to wait if there were any alterations to the Ghetsis/N backstory I should know about. I like how they showed the legends aren't so easily manipulated. This makes much better sense. Wow, Ash, your companions are better at fighting off goons than you are. I don't know why it is I'm still complaining about that, but this is still flipping ridiculous. TO BE CONTINUED...

It's nice to see the other six Sages in the anime....even if they look nothing like they do in the games. 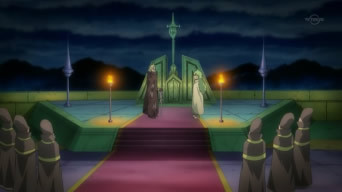 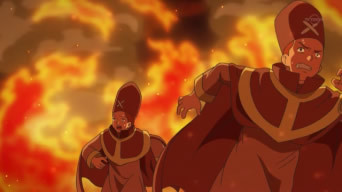 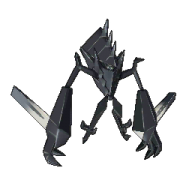 Of course the writers will find a way to shoehorn Moneymaru into someplace he's not wanted -.- In fact it's like they think he's been so neglected that he needs to interfere in this.

Pignite losing was even more Bull, but I'm betting next ep involves him getting revenge. But Why, oh Why is he being tossed by Charizard?

The first half bored me since I can't understand japanese, when reshiram showed things got interesting.

I assume it's because relying on Charizard all the time would steal focus away from his other Pokemon. Right now, the show's already over-saturated with Charizard and Kanto. Having him whored out every episode when he's already going to have a lot of focus in the episodes coming would just be unfair.
S

Because, thankfully, Lizardon doesn't overrun the other Pokemon's existences. Plus using a Flying-type against an Electric-type wouldn't be ideal and Chaobu has better moves and on-land speed to battle it than Lizardon does. Plus one of my fears was that Lizardon would rule the other Pokemon obsolete, I'm glad to see that isn't the case.
M

Because, thankfully, Lizardon doesn't overrun the other Pokemon's existences. Plus using a Flying-type against an Electric-type wouldn't be ideal and Chaobu has better moves and on-land speed to battle it than Lizardon does. Plus one of my fears was that Lizardon would rule the other Pokemon obsolete, I'm glad to see that isn't the case.
Click to expand...

Implying Charizard would have been easy fodder for Magnezone. After it canceled out a thunderpuch with Wing Attack. Charizard is even flinging Piginte around in the preview
Last edited: Mar 21, 2013

This was a great episode. I wish I could understand what they were saying, since it was a dialogue-heavy episode, but it seemed nice. I didn't mind Oshawott jumping in, since that as in-character for him. I did mind Ash using two Pokemon against Magnezone, however. o_0

Cilan finally got to battle. He's been pushed into the background a bit in Episode N, relegated to dialogue while Iris and Ash battled, so it's good to see that Pansage hasn't been spoiled while in storage.

The Girl Who Knows the Hearts of Dragons

Oh, God, this episode was sad, especially at the end.

I really loved the animation and this episode had a LOT of action, but it was also very dialogue-heavy and I couldn't keep up with it halfway through, so I'm going to wait for the subs to enjoy it more fully.

I really loved how mistrustful N's sisters were of humans, just like all the Pokemon who had been hurt by humans there. It's not something you see very often in this series... especially when they thought that Satoshi and friends had betrayed them and somehow tipped the Plasma-dan off to this place's existence. N trying to defend Satoshi and friends, but especially focusing on Satoshi (because it was his bond with Pikachu that caught N's interest in the first place) was very touching to see.

I also liked the bits of humour, like the Roketto-dan lost in the mist and Satoshi's interactions with that vigilant, security officer-like Sirknight/Saanaito/Gardevoir. xD It was really funny how it got angry at him when he pointed his zukan at it (Satoshi, you don't even need to look that up, really).

I really loved the art in this episode too. So pretty.

Also, baby N! His room looks so much more desolate in the animated version. Well, even a gilded cage is still a cage, so it's not like the game one is any "better" objectively. It was sad how lonely he looked, half-heartedly bouncing a ball against the wall, but his laugh when his sisters and those Pokemon showed up was so sweet. ;^;

If I had any problem with this episode, it would just be that it seemed like the Pokemon took too quickly to Satoshi and friends for how fearful they were at first. It made me wonder why no one else who had Pokemon who loved them got through to them, but then again, this place was meant to be secret and no humans were supposed to be here aside from N and his sisters, so there's that. ^^;


Silktree said:
Did N rebel against Ghetsis because Reshiram made him realize the truth behind Team Plasma?
Click to expand...

While Helena and Verbena are carrying the injured N away in the flashback, their dialogue implies that he's only just found out that he's been deceived this whole time, yes. (I'm not sure if the same holds true for Helena and Verbena, though, since their wording was very vague, but they might've only just realized it too)...
V

This was a pretty good episode. Subtitles would definitely help to understand this episode but I get the gist of it. If I had to give a rating to this episode it would be a 8/10

Any ideas as to why N left Ash and co. behind? It seems odd as they'll reunite in just two weeks.

When I first heard about the episode, I thought it will be a flashback one. As soon as I saw TP, however, I though it will become more Team Plasma than flashback… It turned out 50-50, it seems. Okay with me.
The N flashbacks were nice because they are the only moment so far where N is more BW than B2W2. It was nice to see such aspects of him as well. All that talking with the girls at the Plasma part was useless, however. Annoyed me seeing those right inside the battle. (N/co got Colress’ role this time…)
I also noticed something else… N keeps saying: “Tomodachi no koe na”. We should really add it at the Catchphrases thread as N’s one
What I liked a lot was Gardevoir’s reaction to it being scanned by Ash’s Pokedex, and Pidove’s reaction of being touched by Iris.
Charizard not appering was a surprise, but since it’s 95% paired with Dragonite, the ep would seem too overfilled with those two out. This ep was given to the other of gang’s Pokes.
My real surprise, however, was… MAGNEZONE! This powerful-yet-non-showcased Poke has only appeared in one DP filler! I had lost all hope, yet it’s back in an important and it rocks! (well, it rocked until Uberchu beat it…) Still it was seen quite powerful for the bad guys to have! (Former Bulbapedia Editor-In-Chief MAGNEDETH definitely agrees with me…)
Lipeard/Ash’s Oshawott were indifferent, yet most of the other Pokes that appeared were nice additions. Cilan’s Pansage (hasn’t battled since BW099),Iris’ Excadrill, and Ash’s Pignite. This episode, together with the last one, equalized the Pokemon screentimes quite a part. Nice to see most Pokemon in action.
Finally, I surprised myself once again by forgetting Team Rocket. When I saw them NAPPING at the end of the episode, I was all about: “Heck, they were in the episode too!” . Not to mention that the BW Team Rocket was napping! Finally, some character! They did nothing!
N leaving the group is okay, but makes me wonder how will he appear in BW119 (he is supposed to appear, yet I don’t see him returning pre-climax the way he left)
Whatever, this ep that surprised me a lot is still one of BW’s best. 9,5/10 once again!
Good job, writers! Keep it this way till BW122! 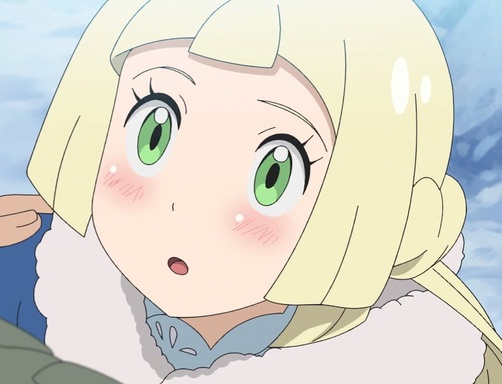 The flashbacks of N's backstory in this episode were interesting though I wish I could understand what they were saying. I was surprised to see N leave with Athena and Concordia near the end. I give it an 8/10. Also was that N's castle or Dragonspiral Tower at the end?

Don't know... It is the building that Reshiram attacked back then, yet I don't know which one it was too......
What we know, though, is that the White Ruins are close to Dragonspiral Tower, so that both will appear in the climax. Still, since we have an episode before the climax, there is a chance that this is N's Castle and that the gang will travel to the Ruins when it's needed...
M

Gardevoir: STOP BEING A NOOB! YOU ALREADY KNOW ABOUT ME!
A

Gardevoir: STOP BEING A NOOB! YOU ALREADY KNOW ABOUT ME!
Click to expand...