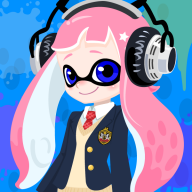 been a while but i'm still battlin'

Carla -- Raichu -- I..I have no idea, really..
Luna -- Clefable -- None other than the moon, of course. Clefable practically worship the moon. Lol.
Dandilion -- Meganium -- If you have no idea what a dandilion is, then it's a weed/plant thing.
Ivan -- Mawile -- Again, I have no idea. XD;
Ace -- *Flygon* -- I always thought Ace was a good name for a Flygon.. mainly because of 'Aerial Ace'.
Xei -- *Weavile* -- Name for my Medicham in Emerald. Humanshape-ish Pokémon ftw.
Aster -- *Kirlia* -- Aster's a flower. Flower-y names fit for the Ralts family.
Tanaka -- Drifblim -- Means 'wind' in Japanese or something. I don't remember.
Calista -- Lopunny -- Beauty, I think?
Vafara -- Nidoqueen -- I think Vafara's beauty too..

Woohoo. 3 shinies on one team! (A-Aster being the only one I got myself. I got him from an egg, but he doesn't have any egg moves. Bawww.)

MEHEHEH! I AM A GENIOUS!

The rest I nickname to have one capital and the rest lowercase letters.
M

My Sand Wormadam is called Pizzaslice.... Guess why... XD
P

The Caller of The Wind

I just nicknamed a Castform Jimmy, I taught it Sandstorm!

Jimmy was Buffeted by the sandstorm. 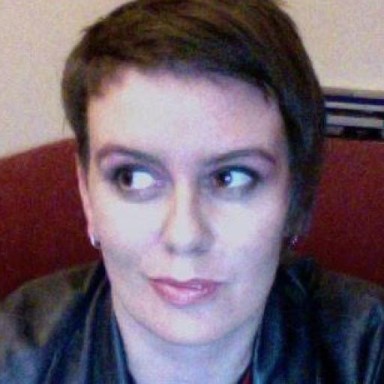 I tend to watch TV while mindlessly biking up and down to hatch eggs, so some of my hatchers have interesting names: Homer, Lisa and Maggie from the Simpsons (Ponytas) and Hussey, Roy, Haydo, Clarkie, Murali and Punter from watching the cricket (Skorupis).

Mostly I give my Pokemon random names like Bub or Slapper.

In my party at the moment I have Tiff the Staraptor, Pipi the Empoleon, Doof Doof the Gyarados (named for a loud car driving past at the time), Bam! the Graveler, Slob the Gloom, and one of my two mystery Tentacool eggs.
S

I havent named my pokemon yet (i never name them till i beat the elite 4 cause i know then that those pokemon are special) Ive been thinking about it though...here are possible ideas please comment on them

All of these names are either big broadway stars or big broadway characters (i am a musical lover lol )
Last edited: Jan 11, 2008
S

wobbaone said:
my gengar is named: you guessed it, gengar...
my electivire is named: wouldn't you know it electivire...
the rest of my pokemon follow the same general idea...
yah, i'm so creative!
Click to expand...

The name of my Blastoise is Shellshock, and for my Empoleon, it's KingPin.
R

No Sacrifice, No Victory

Here are some examples of the kind of nicknames I give my Pokemon:

Doubleduce/Ambipom (M)- So called because he can pull the famous "Double Duce" move off. Homestar Runner reference.
Artpup/Smeargle (F)- I had a female Smeargle on Crystal named Artpup, so this was for memories' sake.
Stubby/Bibarel (F)- Named after Bidoof's rumored English name.
Hei Hei/Crawdaunt (M)- named for the sounds Corphish makes in the Japanese version.
Noodles/Tangrowth (M)-meh, I was hungry at the time...
Fyrus/Heatran (M, Shiny)- Bet you can't guess what my favorite console video game is...

Ok, now here are the nicknames of my main party:

Rockbottom/Torterra (M)- Named after a tortoise character in a Redwall book.
Warbeak/Staraptor (F)- named after the sparrow queen in Redwall.
Blosso/Roserade (M)- Short for "Blossom", because my Roserade is a guy...
Fingal/Floatzel (M)- Named after an otter character from the Mistmantle Chronicles
Koruki/Luxray (F)- This is actually not based on anything. This name is completely original.
Infernape (M)- Is only named Infernape because I got him through the GTS...
S

I don't keep a constant team, so here's my favorites:

First my Diamond in-game team. Then some random ones.

Oh, and a couple from my current Sapphire game.

Grovyle, female- Kimiko. Got the name from Xiaolin Showdown, used cause it sounded similar to Kimori.
Azumarill, female- Traci. Even more obvious than Toshi the Noctowl.
F

I use many nicknames

That's it for now

It's hard for me to remember now but my first Diamond team was:
Empoleon: Proud rain
Roselia: (couldn't figure out how to evolve it at this point) Flower gift.
Staraptor: Big star
Gastrodon: Snail shell (-_-)
Luxray: Thunder cat (-_- again)
Bibarel: Big Beaver (-______-)

My most recent Pearl file:
Empoleon: Trident
Mismagius: Screech
Staraptor: Starboard
Flotzel: W.G. Burg (Woopy goldberg, and it's a guy, LOL)
Luxray: Star
Machamp:Hitko (I forget, It's japanese, and has something to do with fire)
L

"phaseSHIFT" - Hitmonchan (WoW Imp spell)
"Azualt" - Hitmonlee (Liked the sound of it)
"Pudding!" - Hitmontop (Puddin')
"Walrus!" - Tyrogue (My third favorite animal)
"Fluffums" - Arcanine (My fluffier dog's nickname)
"F**klax" - Snorlax (My immediate apologies for language, but I was expecting a Munchlax after 10,000 steps)
"Joegotthis" - Kangaskhan
The story with Joegotthis involves the Safari Zone and a bit of frustration. I was seeking to catch a Kangaskhan in the Pastoria City Safari Zone, to no avail (only one showed up, and it ran away rather quickly). Finally, I thought to switch over to LeafGreen and head over to Fuschia. Several Kangaskhans appeared, but I was failing to capture a single one. In the middle of the "battle" with my fifth Kangaskhan or so, my boyfriend Joseph yanked my DS out of my hands and pressed A to throw the Safari Ball.. and 1, 2, 3 twitches.. it was caught.