Coffee, Tea or none?

I cannot stand the taste of Coffee. It tastes awful. and taking in too much caffeine has caused my heart to freak out in the past. It does smell nice though.

I prefer herbal teas. Also I can drink the tea my mom makes in small amounts.
T

Neither, to be brutally honest. Caffeine doesn't really agree with me. 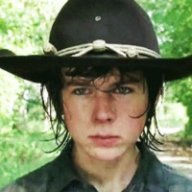 This is my fifth cup of tea today. Enough said, right?

But I also LOVE coffee. My mother makes the most divine coffee (she doesn't go the mountains and pick it herself and then grind it up or anything) except it gets skins on it... yuck. The first time I got a huge skin I freaked out and screamed "There's a moth in my coffee!!!!!" I'm still living that down...

I don't care for either. I'll only drink "coffee" if it's smothered in caramel and cream and sugar and peppermint juice stuff to the point of it not being coffee any more, and the only "tea" if it's that canned Arizona stuff, particularly the Southern Style flavor. That's where it ends for me.

Tea has a very earthy, sophisticated flavor, so I prefer it over coffee which just tastes bitter to me. My favorite varieties are Earl Grey, Orange Spice, and English Breakfast. 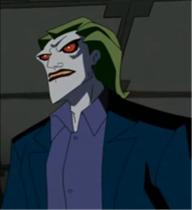 Honestly I don't like either, I am more into hot chocolate, it taste better than either one.

Really warmed up to coffee as of late. The addition of chocolate does help in that regard. I also enjoy flavored coffees, like caramel candy or chocolate fudge. But do yourself a favor: if you see Folgers chocolate silk on the shelf, don't bother trying it. That stuff tastes like burnt charcoal.

Caffeine barely works on me at all and leaves my body rather quickly so the only way I can stay awake with caffeine is carrying the caffeinated drink in question around with me for hours and sipping from it from time to time. Or just do what I used to do, which was drink four Red Bull (sugarfree) a day. Like I said it leaves my body really quickly so I still slept fine every night.

I hate the taste of coffee though. That and any bitter thing (so I can't stand beer or wine either, but I like vodka so it's not that I hate alcohol). Even if there's just a little bit of coffee in it I can taste it, like when I get a double chocolate chip frappuccino at Starbucks (which is specifically in the "non-coffee alternatives" section of their menu) and some idiot randomly puts in a shot of coffee for some reason. Blech.

I used to drink coffee before I discovered energy drinks, and it was like 1/4 coffee, 1/2 half-and-half, and 1/4 sugar with a couple spoonfuls of powdered chocolate, so it doesn't really count I guess? Could still taste the coffee but I needed the caffeine cause I had 8am classes. This insane amount of sugar every day caused me to have high blood sugar, which is why I switched to sugarfree Red Bull and my sugar went back down to normal.

I don't have a problem with tea but it has so little caffeine for me that I certainly don't drink it for that, and I'm too lazy/busy to go about making tea, so I really only drink it when I go to the local Chinese restaurant, at which point I drink like the entire pot. ^<__<^;; I used to make white green tea? or whatever it was? at home but like I said, too busy now.

Recently the overconsumption of Red Bull caused me to have really high blood pressure so I'm not supposed to have caffeine anymore but finals are coming up so I'm drinking like two Monster a day. ^^;; I'll go back to no caffeine after the semester is over...

I tried coffee once and didn't like it, but I've never had tea before. Maybe I'll give it a go sometime. 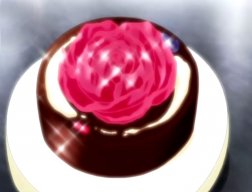 I love coffee, but I can only have it with flavored cream and sugar.

I'll drink tea, too, usually when I'm sick I like a fruity tea, and when I'm stressed I like green jasmine tea.