Another Pokemon Theme Battle , Another Challenge with the GEN 7 NEW NORMAL TYPES. Playing with a Pokemon mono type team is always challenging and hard but really AWESOME & FUN !!
I hope you enjoy and learn some new moves & strategies

I was team testing and this happened, our teams are countering each other until one big mistake has been made on his side that lead to me wining the battle. 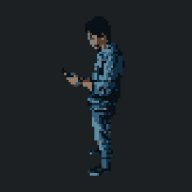 I am trying to do mono battle teams to cover all the new Gen 7 Pokemon , Especially that mono type teams are always VERY Challenging to battle with
I hope to see others that like mono type teams and theme battles as a whole and i hope i can make anyone learn some new team and moves strategies

Say, it's been a while since I've posted anything here, hasn't it? Well, I don't think I'll be doing so in future, but for now I'm just going to show you something interesting that might catch a lot of you off-guard in VGC matches.

Now, the matches I'm about to give you some codes for are from the currently-ongoing online competition, and, while I just entered for the participation prize (mainly due to me still not bothering to get a working VGC 2017 team up and running), that doesn't mean that I didn't try to throw together something passable consisiting mainly of Fairies because that's kinda my thing and somehow go 4-1 anyway. As for what I'm going to show you now, well, in that mess of passability I threw together, there was one 'mon that, while not that remarkable at first glance, had a huge impact on three of those victories. I just thought nI should share it with you lot so that you might not be taken by surprise like these people were.


Anyway, my third victory in this competition is probably the best example of this little strategy, so that's the one I'm starting with. Here's the code:

For those that don't understand what happened there aside from all those missplays I made due to being rusty, well, I shall explain it in the following spoiler so you don't see it in the corner of your eye while typing in that code:

For those unaware, the Z-Move mechanic in Sun/Moon used to make moves more powerful doesn't only apply to damaging moves - status Z-Moves, while not as spectacular, can have some interesting effects when infused with Z-Power. In this case, if you use Z-Destiny Bond, then this move actually draws the attention of all opponents and knocks them out if you go down. In other words, it basically adds the effect of Follow Me onto Destiny Bond.

Now, there are some problems with this like being outsped (since it's still a 0-priority move) and your opponent just not knocking you out/knocking you out before you can get it off, but if you use it well and with the right timing, such as in these battles, then you can both re-direct a whole lot of damage and take down an otherwise unstoppable 'mon like that Metagross with ease. Though don't bother donig this in Single battles since Follow Me is literally useless in them, just saying.

Oh, and since I've choosen to put it on a Mimikyu, its Disguise Ability allows it to take a single hit, thus allowing me to set up a Curse on a 'mon I intend to take down or something like that. I mean it could be used for something better, but, like I said, this team was kinda thrown together.

Anyway, I would talk more about these next two - my second and fifth battles - but I would probably just be repeating myself so yeah here's those codes:

The other day, while I was taking a gander at Pokémon Showdown's latest insanity-fest that is Super Staff Bros., one of my matches turned into a nice little conversation, so I figured I'd share it because why the heck not?