i think ex's avatar is nagito..
so they probably like dr.

Giri said:
At this rate it is either gonna take months for the signups or Chibighost and me will be 15v1 lol.
What about you @ExLight ?
Click to expand...

I love Danganronpa but I kinda suck at roleplaying, so I'll pass, sorry.

I've never even heard of Danganronpa, but it sounds interesting, lol
Name: Neo Brakewood
Gender: Male
Ultimate Talent: Ultimate Coder
Age: 14
Weight: 103 pounds
Height: 4 feet and 11 inches
Appearance: Black scattered hair, purple shirt, brown shorts, black-framed glasses, and a black baseball cap.
Personality: Scattered, Neo is never really thinking straight. He can never really focus, because he goes wild whenever a girl is around. But, whenever you need him to, Neo is serious. He can't handle teasing, and breaks down if he is teased too much. It takes serious help to revive him from him broken down state.
Backstory: When he was 6, his mother forced him to join a coding school. He didn't want to, but she made him. Unknown to him, not going to that school would've never unlocked his Ultimate Talent. Then, one day, he was coming home from coding school, and saw a mysterious man go near his school, with a mysterious parcel under his left arm. Curious, Neo followed him and he found out it was a bomb. The man placed it, then left. Neo opened it up, and saw a mass of wires. Then, he saw a bright dial.
60 seconds.
Neo threw out his laptop, plugging it into the bomb then he began to use his Talent. Hack Neo, HACK! A voice resounded in his mind. He typed at an unnatural speed, as the time ticked before him.
10. 9. 8. 7. 6. 5. 4. 3. 2. 1.....
"Done!" He yelled, as he slammed the laptop closed. He threw the bomb in a dumpster, then went home. He then came to this school.

DannyDrawsaLot said:
Personality: Scattered, Neo is never really thinking straight. He can never really focus, because he goes wild whenever a girl is around.
Click to expand...

Lol! looks like I've to be cautious around Neo. 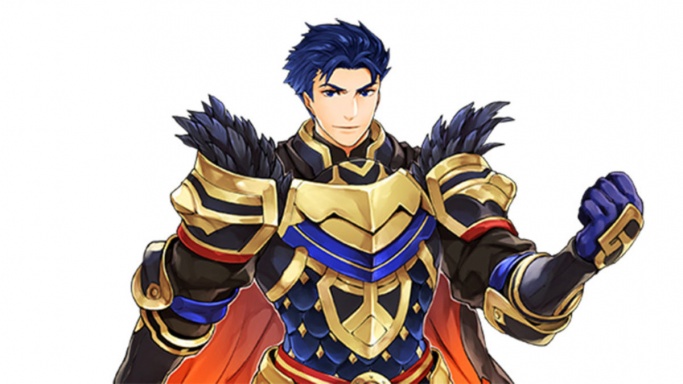 You forced my hand, GIri.

Personality: Overdramatic, mildly self-centered, perceptive, sharp-tongued, closet alcoholic
Backstory: A bit long, so I put it in a spoiler.

Claire was born the second of three children to Christina and David Capulet. Despite being born in the UK, her parents moved to South Africa soon after her birth. Her father is a musician, and mother a former store clerk looking to get into modeling.
Despite not being very interested in music, still very much enjoyed watching their father perform. She liked the way people looked at him and he held their attention. This caused her to search for the fame her father had. In elementary school, Claire took up acting with a performance of “Peter Pan”, where she played a background "Indian".
And she loved it.
Claire would act any time she could, and would always play her performances overdramatically. She actually scared her parents a few times emulating some of the performances she’d seen on television. Claire began to obsessively watch movies and plays as time went on in order to refine her art.
As she focused more and more on the world of art, Claire’s grades started slipping. Math, science, history... just about everything except English was beginning to flop by middle school. Confronted with that fact by her parents and teachers, Claire finally began putting effort into her classes. She began putting in more effort, but rarely more than the bare minimum in the classes where her interests held no sway.
Despite her grades and sometimes irrationality, Claire became decently popular, though many would call her a diva. She eventually figured out times when to act and times when to be normal, and ended up finding her place in society.
Freshman year of high school, the family moved again.
Leaving her friends and life behind, the move crushed Claire. Despite being popular in their previous school, upon entering a place where the social norm had been set long ago, she was an outsider. People weren’t looking at her the same way they had back home. And she would do anything to change that.
Without an active drama club at the school, Claire took up debate. Her acting skills and honest interest in some of the topics at hand came through, allowing Claire to quickly move forward in their ranks.
The debate team traveled quite often, and would usually party pretty damn hard whenever they could escape the teacher. While it wasn’t Claire’s first time with liquor (as a kid she and her sister had broken into their dad’s liquor cabinet at one point), this was the first time she enjoyed it. A little too much. She quickly became dependent on the stuff for everyday life. Since her father traveled a lot for work, and mom wasn’t exactly the most present, she was able to get away with it pretty well. Most of the family is unaware, but she has a feeling her sister knows and is keeping quiet.
Despite her falling into alcoholism, Claire kept her grades decently high upon moving, in order to be able to stay on the team. She got some help and tutoring from her new friends and has been able to survive school.
This year, Claire is 16 and preparing to start up a new drama club, with her as club president. She isn’t exactly in a relationship, but she has an on-again off-again boyfriend who’s president of the debate team. She considers herself to be far more mature than most of the other students at the school, despite that very much being untrue.
Last edited: Nov 21, 2019 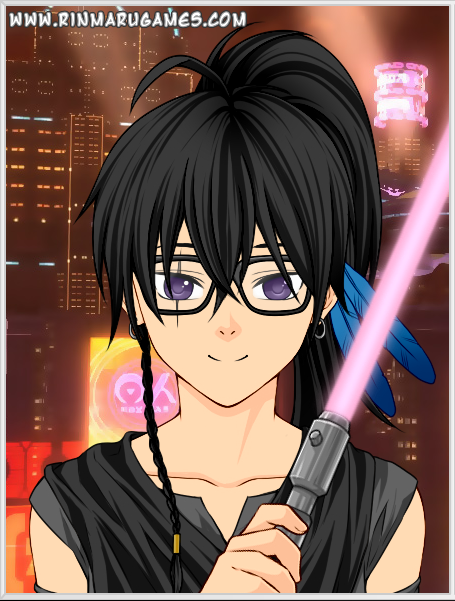 Personality: very Compassionate, a bit nerdy, but is a bit of a wild child
Backstory:

Once upon a time there was a girl in London,UK named Christina Applegate
Christina worked as a clerk at a local clothing store. It was work, but she longed for more. Enter Dave Caplet. Dave Caplet was the drummer for the Band Shangri-La. There was something about Dave’s cool demeanor that had Christina’s heart set afire. One day Dave came in and asked her to dinner. She accepted and it was love at first sight. Christina came to all of Shangri-La’s Recordings for thier Album Whatever. Eventually Christina and dave were living together, and the party lifestyle got the best of both of them. They got into a big argument and Christina stormed off to the Club
Mystique to drink away the pain. Thats where Christina met Ewan Macgreggor of all people, and after a night of drinking and dancing they went back to Ewan’s Hotel room and rocked into the night. The bed an ocean they both did ride. It was a night Ewan would remember and a night Christina would never forget. 9 months later, Candace was born during a Shangri-La concert in a farm at Lancaster. She was healthy baby girl that despite having her Father’s black hair and good looks, Dave had his doubts about Candace being his. But a year later, Christina and Dave Married… just in time for the Funeral of Shangri-La’s Frontman, Kyrtis Satuva, thereby dissolving the band Shangri-La. Distraught, The Caplet Family Moved to London, South Africa, where Dave formed a New Band, The Brew Brawlers, where Dave was the frontman, being Lead singer and Lead guitar, as well anything else if the rest of the band doesnt get it right the first time. During the rise to fame, the third child was born, Mark Kyrtis Caplet. Candace spent her allowance on Retro video games, and had a love of the Star Wars Movies. An almost fanatic fascination. Most people had the Star Trek, but Candace had Star Wars. when Candace wasn’t studying, she was Practicing the Guitar in some way to impress her father Dave. while not having many friends, she has one. a Boy named Arthur. Arthur and Candace are close, and are always competing in studies and other avenues to be the best. You’d think this would be a huge severing point, but it’s healthy to have a bit of competition.
Last edited: Nov 21, 2019

i've always wanted an ultimate actress other than kotoko
K

I told Deku I'd be signing up yesterday, but I haven't had time to make my character yet. So instead consider this my temporary application until my character is finished. I'll most him or her asap.

Kevinhend said:
I told Deku I'd be signing up yesterday, but I haven't had time to make my character yet. So instead consider this my temporary application until my character is finished. I'll most him or her asap.
Click to expand...

Do I know you or rather do you know me?

Giri said:
Do I know you or rather do you know me?
Click to expand...

they must be friends of deku

chibighost said:
they must be friends of deku
Click to expand...

I know Deku......but he/she might be an acquaintance using a different username
K

I don't believe so. I've only met Deku very recently myself and I don't believe I've been introduced to any friends or acquaintances yet. Beyond being told about this thread that is.

Giri said:
Do I know you or rather do you know me?
Click to expand...

No he's not from ZD.

@CosmicBlaine you might want to add these to the list and I'm gonna make another character to fill in the slots.

Name: Yasei Tsumibito
Gender: Female
Ultimate Talent: Ultimate Dark Queen
Age: 16
Weight: no
Height: 5' 6''
Appearance: long black hair down to her knees with purple streaks in ponytails, purple dress with black collar, red bows
Personality: Yasei may seem cold and reserved when you first meet her, but when hanging out with her, she's wild, has a dark sense of humor, and often gets distracted, especially with cats. She's also quite narcissistic, and refers to herself as a "dark queen" and views everybody else below her in society, except Pazu. Yasei admires Pazu for his cunning tactics and his ability to manipulate people easily.
Backstory: After falling out of a tree when she was 4, she got brain damage and got into the fanatasy that she was the queen of a chaotic and evil world.
Likes: Pokemon, Cats, Idol Anime, Entropy
Dislikes: Dogs, Order

You sure you can handle 3 roles at the same time @chibighost ?

Giri said:
You sure you can handle 3 roles at the same time @chibighost ?
Click to expand...

you haven't seen me roleplay with my friends.