Speculation Did Game Freak originally have more planned for the Kalos power plant? 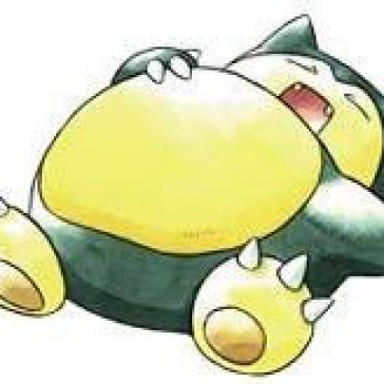 One area in X&Y I always found odd was the Power Plant. It's a big area with a lot of locked doors. You do eventually go in but it's hardly anything. Makes me wonder if either GF originally intended to do more with the area but due to time constraints had to greatly limit it or if there would have been a lot more to it in a Pokemon Z. When I first played it I remember thinking later in the game I'd eventually get key cards to visit the rest of it as well.

Game Freak is always teasing "unaccessible" areas. And fans are always expecting more from these areas. The power plants of Kalos are nothing new.

I think a lot of things for XY were planned but ultimately got scrapped due to either time constraint or they were planning on fixing it in the Z game that never got made because they thought it would be too predictable. Honestly, it wouldn't surprise me, and it could contribute to why Game Freak seems intent of scrapping/sidelining most of the features Kalos introduced.

They might have had something more in mind for them, like possibly a mini-event, but it got scrapped. I doubt that there were ever plans for a Z version, so I don't think that they were planning on saving it for that game.

I do think they were probably generally keeping their options open for a second Kalos game but then (rightly) decided to make Hoenn remakes instead, and I would imagine that this involved some shuffling of things, most notably Zygarde.

But I don't know that I would suspect the Power Plants as part of that. They have a purpose, however minor, as far as the matters of worldbuilding and scenery go, and I just have some trouble seeing a clear functional purpose that the rest of the Power Plants could have provided (and it is far from the only time that they have relied on filler scenery).

I'm going to fire a wild, wild shot in the dark apropos of pretty much nothing here, but maybe they were originally going to put part of the Looker Bureau plot there? Like, maybe Xerosic would have been running his experiments in one of the Power Plants, and we would have had to search each one in order to find him? If that was maybe their original plan, I can see why it would seem more appealing and resource-conscious to just recycle the Lysandre Labs maps and set most of that story in Lumiose instead. But that is all massively speculative on my part.

I definitely think so. I believe XY were developed with the intentions of developing a follow-up Kalos game, whether it had been a third version "Z" or sequels. From the Power Plant, to the Sundial, to the references to unreachable Southern areas of Kalos, to the underdeveloped train system... it's all there. I've moved on, but dang I was really looking forward to another Kalos game to really flesh out the region. X and Y feel as if they were like Diamond and Pearl if they were never followed up by Platinum.

DoctorWhy said:
to the references to unreachable Southern areas of Kalos, to the underdeveloped train system...
Click to expand...

I must maintain that I think these probably meant nothing. The grand total of two references to southern Kalos were both buried in obscurity - one appearing on the Town Map descriptions as a way to flavorize Kiloude, and the other in some event-only dialogue establishing Volcanion's status in the region, and neither one was really all that tantalizing or forward-gesturing in and of themselves. The fandom just took those scraps and built an entire sub-region out of them.

I mean, Oak's Letter in Platinum unlocked a whole actual scene about the special white rock on Route 224 and talked about how one just like it had been discovered in Kanto, but even though the very next games did visit Kanto, there was no sign of the white rock anywhere, nor any mention of it whatsoever. And that's off of a dedicated scene, not some vague geographical references.

And on the other end, the train system is just a fixture of Couriway because Couriway is a popular tourist destination due to its waterfalls. In context, it's what people come from other places to see, not where people depart to go see other things. And Couriway corresponds to a real French town with a rail station; it's just keeping in with that and giving the town a bit of color.