Do you have a "troupe" of characters?

Which is to say, do you ever reuse the same characters in different contexts/settings? Some might dismiss this as lazy, but if you're like me and you easily get attached to your characters, organizing them into a sort of "theatre troupe" can be the way to go.

My troupe currently consists of:

Yes, I'm aware that most of these examples are RP characters, but they would work just as well in fanfiction if I took the time to write it.

I usually use the Kanto Trio (or sometimes the Shinou Trio) in my work. In fact, I literally have Ash and co. as a troupe of actors in a script fic called "Tales from the Stage Door": 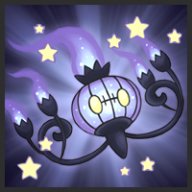 I don't reuse characters in fanfics. I always like to write different things so I rarely even repeat character personalities from fic-to-fic. Not wholesale, anyway. I don't really have anything against it though. One of my favorite harry potter fanfic authors reuses OCs all the time in her fics. They almost feel like canon characters to me now. 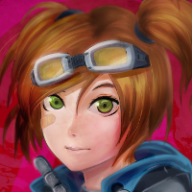 I tend to reuse character names across different works, but they usually have vastly different roles and personalities.

So far, my Andrea Dennison character seems to be the one I use most, being a pokemon researcher, a federal counter-terrorism agent, a noble woman, a Star Trek captain and an adventuring archaeologist in the 1930s. I wonder what bizarre characterization I'm going to put her into next. 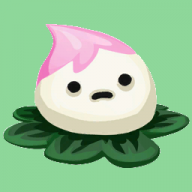 I don't reuse characters as the main characters. However, characters from previous fics often do come up as unimportant background characters in future fics.
B

I've been known to reuse characters from unimportant stories as well as major themes that motivate me, but if I've put a significant amount of effort into a character that usually means they were made especially for the story they were written into. They wouldn't fit very well into a new one without a lot of adjustments, and at that point I might as well just create a new one.

I tend to use them as a means to an end so I don't mind leaving them behind when all's said and done. Bringing them back would almost undermine a good ending to me.

If you mean within one story, yeah, I've divided up my characters into the same groups a couple times over. This is only in Fire Emblem: Dawn of Darkness, though, since its cast is huge.

I haven't used the same characters in multiple stories yet. Well, unless you count the short FE stories where I've used Ike and his mercenaries, but I haven't posted them here, so yeah.
B

I have two main troupes: Johto and Unova.

Johto Troupe
1. Morty - Because he is my favorite, he is often the star. He is also usually the voice of reason.
2. Jasmine - She is the love interest, and sometimes plays the voice of reason. She usually fills the role for stronger female characters.
3. Falkner - I portray him as a bit of a yandere, and also as the deadpan snarker.
4. Whitney - I usse her as comic relief. She's also supposed to be the shallow, superficial one. She is often there to annoy the hell out of Morty.
5. Eusine - He's the casanova and the "red oni" to Morty's blue oni. One of his main purposes is to be a contrast to Morty - for example, Eusine is hot-headed, somewhat arrogant, and loves to woo ditzy girls, while Morty is calm, humble, and prefers to hang out with smarter girls.
6. Lyra - She is a carefree, fun-loving spirit. She also gives good advice.

Unova Troupe
1. Hilbert - I often use him as a slightly snarky but intelligent character. One of my running gags is that he lays down in bed a lot.
2. Hilda - She is the strong, independent girl who loves adventures.
3. Bianca - She serves as Hilbert's love interest, and also a bit of a mentor.
4. Nate - He's the sweet, innocent type of boy.
5. Hugh - He's quite a bit more headstrong and rude than Nate.
6. Rosa - She's the leader of the trio consisting of her, Nate, and Hugh.
7. Cress - He's used for funny comments and eccentric behavior. He can be a bit of a jerk and tends to say things without thinking them out.
8. Cilan - He's mostly there to keep an eye out for Cress.
9. Grimsley - He's the ultimate in sarcastic comments.