A few. One female Ninetales, one female Bulbasaur (LUCKY!), one male Eevee, one Nidoking, among others.

Caught a Houndour 216 which I evolved into Houndoom 493. Considering I do have 3 solid teams of Mewtwo counters including 6 high-level Houndoom, I don't feel like powering it up, though.

Also caught a Natu 290 which I immediately transferred, then my friends around caught it too and shouted that it's a 100% Eh, at least I got another Natu earlier; but now some of them who were for both scenarios have both...

Gotten a few since I last posted. All were evolved.
-Venomoth
-Mawile- The hunt for the shiny continues tho
-Breloom
-Dragonite- And only one with Draco Meteor. Tho not a single shiny from 80 caught/seen on community day. Some in my area got 9+ shiny.
-Walrein
-Noctowl
-Murkrow- Only lvl 1 tho.

Got several as well:
We mostly have Rain these days, yeah...
J

also got Parasect and hatched a Swinub

Party Hat Pikachu 472 Glad I got this as it's a limited edition, second 100% for its evo family (got a Halloween Hat Raichu too).
Just very unsure over what to do with it; keep as is because it has the special move Present, evolve into Raichu (and have two Raichu, but with different hats?), save for Alolan Raichu (although that's a really long term investment, Gen 7...)
I'm leaning on "keep as is" for now. And we'll see in Gen 7
J

Meganium I evolved from a Chikorita I caught. 3 starters down, 6 to go.

Got another Party Hat Pikachu soon before event end, Pikachu (Party Hat) 292.
Caught an Eevee 247 too. Unsure of what to evolve it into, I'm quite against the idea of Espeon as I don't really seem to need it. But I just don't feel like going random either yet.

Evolved my other Partychu into Raichu (Party Hat) 1215, making Raichu the first species of which I have 2 100% (with different hats).
Also evolved Sealeo into Walrein and powered it up to its highest Rayquaza breakpoint, which gives me Walrein 2402.
Gyarados got powered up a bit more too, to 3210.
J

Caught a couple more. Evolved the ones I could.
Illumise
Murkrow-lvl 32 this time so new candidate for Honchkrow.
Pidgeot
Exeggutor
Yanma
Natu

Nidoqueen 2171, spawned as Nidorina in a Cloudy day, Level 35 and ready! Lucky catch, evolved it.
Altaria 1174, spawned as Swablu in Partly Cloudy. Had some Candy spare in hopes I'd get and evolve a 100 sometime given how common they are, and it paid off.
Lairon 572, spawned as Aron in Cloudy (not weather boosted!) Unfortunately it's very low level so I don't feel like going for a high-end Aggron here; I'm keeping it as Lairon for now, in hopes of getting some higher level 100 of this evolutionary line eventually, in which case Lairon can stay as is for living Pokedex reasons.
J

Numel I evolved to Camerupt and Jumpluff

Got a Lotad 225 earlier today when it was raining. Now I have two species in that evo family, hoping to get a third and try for a living dex. 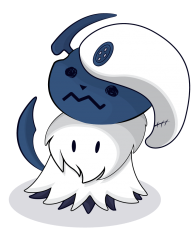 Check out this piece of iron I found this morning!

It might eat iron, but I named it Silver in french
So excited because he'll just barely tip over 3K CP

So, I did a Rayquaza Raid, got Rayquaza 2083 on the catch screen... I was literally shaking for a while, tried to calm down to get the throws right, it took me about 6 out of 12 throws but it stayed in the Premier Ball... YES YES YES It felt a bit better than the first Mewtwo, honestly.

I have maxxed it out already, so Rayquaza 3645! My #3, only after Kyogre and Groudon, I like the order I've got there for my Top 3.

I didn't get any perfect Rayquaza...

Apparently a single perfect Rayquaza was not enough, so I got a second! Now powered up to Level 31 (breakpoint VS itself), so Rayquaza 3177.
... and because that wasn't enough either, thank RNG, I got a third perfect Rayquaza in the exact next raid :O This one I'm still trying to power up to Level 31 but don't have enough Stardust anymore, so it's stuck as Rayquaza 2812 for now, which is Level 27. After it hits Level 31 too I'll just spend the remaining Rayquaza Candy on one of the two and see where it'll go for there, but I have plans for maxxing them all out in the very long term.

Finally, a Wingull 105 that spawned nearby. It's a kinda rare sight in the few Water biome spawn points we have downtown. Unfortunately I'd have to visit the seaside park to get the Candy to evolve it in the forseeable future but I most certainly don't feel like going down there again anytime soon. Really fed up of that place.

Preparing for the future, caught a Lvl 35 male Ralts. Bring on Gen4.

I also got a Golem from a raid.

Also got a Staryu from a lucky water biome spawn nearby, eventually evolved into Starmie 1908. When I get some spare Stardust I might power it up to 2000+, but I have more important things to do now.

I've powered up my 2 100% Rayquaza some more, with the third hitting Level 31 and the second going up to 32.5 (breakpoint VS Lugia in Windy), and also finally maxxed out Gyarados at 3281 CP.