Do you still consider Eevee as a starter Pokémon?

Technically speaking, any pokemon can be a starter. If you look at all the in-game trainers, gym leaders, Elite 4, etc, most of them don't have any of the main starters so on that basis, Eevee can be considered a starter.
P

No of course not the startrs for the kanto region are charmander, squirte and bulbasaur.

the "starters" refer to the 3 fire, water,grass type pokemon given away at the local poke center/lab

It's not a starter, yet it is a favourite first choice for fanfics
P

I think that Eevee WOULD MAKE a great starter Pokemon, but, sadly, I don't consider it one. It has never been offered as a starter in the main games, but I wish it would be.
R

To me, honestly I'd only include: Bulbasaur, Charmander, Squirtle, Chikorita, Cyndaquil, Totodile, Treecko, Torchic, Mudkip, Turtwig, Chimchar, Piplup, Snivy, Tepig, Oshawott, and now Chespin, Fenniken, and Froakie. Pikachu and Eevee I don't include, personally despite side games, manga, and the gimic of "Follow Ash's Journey" Yellow. I personally don't really count those Pokemon I previously listed's evolutions as 'Starter Pokemon'. To me the term "Starter Pokemon" is given to the first stage of a relatively rare trio of Pokemon who evolve through two more stages and are of the Grass, Fire, and Water type at least at beginning. If the main games should change the forumal I will change my theory to suit the data known, though I do not see that happening but they do throw curve balls that people don't always expect. Such as the now laughably annoying trend of Fire Starters, or that Bulbasaur remains the last Starter to have two Types at base stage.

That's just my personal definition.
A

Though those spin offs were well made, no, I do not count Eevee as a starter.
P

Yes. And why not?
I personally consider mainly because of the Yellow Pokémon.
K

No not in the main series. But in spin-offs like XD and Conquest Eevee is your starting Pokemon.

In the games, I do not consider Yellow to be canon in any sense, but yet, most media insist that Pikachu deserves it's distinction. As the series mascot, it seems unavoidable. Eevee has no such distinction, at least as far as I know.

For everything else, I think the base forms of all evo lines except for the fossil pokes are viable as starters. I arrived at this conclusion because I don't find it to be fair that only the three starters in each region are all there is. The anime even established that other pokes can be a starter. I also think certain other pokes would make sense to be starters, and yet, they're not. Even pokes that are already in the established Grass/Fire/Water circle. It just makes more sense to allow people to have what they want as a starter.

As for the exclusion, this required a lot of reasoning. I mostly worked off conventions established in fanfiction communities regarding what makes a believable starter, and they seemed open to anything as long as it wasn't rare. However, conventions as I know them seem to bend the rule if the base form is small. Furthermore, not all the large pokes are rare, which I find that to be the true issue most of the time, that people think certain pokes are too large or powerful to be a starter. This is especially true of pseudo legends, but I think the anime has adequately proven even the base form of a pseudo is not as offensive as we imagined it to be. It all depends on how you approach it. As for large pokes, I might agree to some extent, but I will argue the matter that this does not count as being in the "rare" limitation, as there are some large pokes that aren't rare. There are some that are, but to exclude them seems arbitrary to me. It also seems arbitrary to exclude large pokes entirely since some of them are not rare. To me, as long as someone can obtain the poke with few problems, it is viable. Why do I think fossil pokes are the only ones that fit this description? You need to either know or have access to the fossil resurrection machine for this to be plausible, and even then, you need to have found a fossil. Now fossils may or may not be hard to find, that is not certain. Always being within range of the resurrection machine? I find that to be too unlikely. (this may also be a reason to not just have the three starters, not everyone can get to the professor) I just found it to be too problematic to believe someone has a fossil poke as a starter, unless they have inside means.
P

Not really. I still think it's an awesome Pokemon and Eevee is one of my favorites that manages to stay the test of time. I thought it was great how Yellow and Pokemon XD used it as a starter, though. It made them really unique.

Why are Colosseum/XD not considered part of the main series? Is it because they're not on the handheld consoles?

I've been playing XD again, and I don't really think of Colosseum/XD as spin-off games. I think they sort of fit in with the main series games, even though there's no Pokedex or gym badge quest. But they still have their own region and evil organization. This is exactly the sort of variation the main series games need, since the gym badge quest has gotten insanely stale. I guess it depends on how we define what constitutes a main series game. It's sad that they haven't made any games similar to Colosseum/XD in almost 8 years.

I guess Colosseum/XD are spin-off games in a sense, but they're not too different from the main series games.

I like to consider it part of an honorary starter trio made up of Pikachu, Eevee and Clefairy: Pikachu as Red's pokémon, Eevee as Blue/Green/Gary's pkmn and Clefairy as Green/Blue/Leaf's pkmn. Furthermore they're all somehow considered as symbols of the franchise and two of them have a baby pre-evolution (I expect sometime in the future an Eevee preevo to be revealed. Maybe after all the eeveelutions are done).
B

I never did, and I never will. EVER. 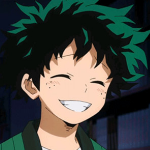 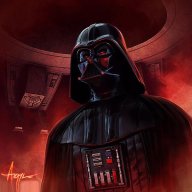 I've always considered Eevee a starter of sorts. While the player cannot actually start with Eevee in Yellow, it is your rival's starter pokemon. I think it's also worth noting that Oak originally intended for the player character to have Eevee, but your rival snatches it before you can take its pokeball.
U

I think in the lore, they choose the starter pokemon as what they are because they have grass water and fire typing. Also they all evolve around level 16-18 and around 36 for their 2nd evolution. No matter how I see it, the name "learner's pokemon" suitably describes them. Eevee and Pikachu are more unconventional because they require a stone to evolve, which can be treated as a more complicated understanding of pokemon. Last but not least, the standard starters are all able to attain very powerful forms by 2nd stage at a mere level 36, and being more or less well-rounded in stats, further supporting my first claim. Eevee is a different kind of starter I would say, not the type of starter we commonly refer to. More like an advanced type of starter to me.
You must log in or register to reply here.
Share:
Facebook Twitter Reddit Pinterest Tumblr WhatsApp Email Link
Top