Tigerex said:
How many pokemon are there in all anyways?
Click to expand...

Have you Caught 'em All?

How many of you have legitimately "Caught 'em All!"?

My first game was Sapphire. It took somewhere between 1-2 years to catch all of the Pokemon in the Regional Dex, and it's been too long to remember exactly how long it took. It involved trading a bunch with my brother's Ruby Version.

Pearl-era was a time of screwing off for me, and I basically used an Action Replay for a period of a few months for teh leet hax. Of course, that thing lasted all of 3 months, and I soon decided never to use it again. Ultimately, I skipped over this game.

When Soul Silver came out, I quickly resumed my quest. It was delivered to me the day-of-release, and I immediately used my friend's game to trade over the other two starters. I finally caught them all after several months - all 256 of them (Regional Dex).

White came out a year later, and I thought it would be a valid use of my remaining time in high school to play that game. I was a senior - what else was I gonna do? Again, I completed the Regional Dex in about 4 months.

Finally, last November, I picked up Pearl and decided that enough was enough. I would finally tackle the Sinnoh Regional Dex. I played on-and-off from November until now, and I finally caught my final Pokemon in late May.

How many of you have filled each Regional Pokedex? I consider the Dex from Soul Silver to be a joint Dex of Kanto and Johto, but if I wanted I could boot up Leaf Green.

Tell me your stories. Have you filled one, two, or three Dexes? All of them? A full National Dex?!

Here's another challenge: I never used my Masterballs in each game.* (*I technically used it in Sapphire, but it was on a Swellow. Please...don't ask. I honestly don't remember.) I caught those annoying fleeing Pokemon with my bare hands (okay, Mean Look helped a bit), and I'm pretty happy that I did so. It's fun to think that I caught all of the Pokemon, legitimately, without the almighty Masterball.

I caught all the Unova Pokemon within a few months because once a Pokemon game comes out, I play it non-stop for a long time.

Currently on my Pokemon Black Version, I have:
1. All the Kanto Pokemon
2. All but a couple Johto Pokemon (I hate looking for Qwilfish)
3. About 1/3rd of the Hoenn Pokemon
4. About 1/4th of the Sinnoh Pokemon (I can't get a Chimchar)
5. All the Unova Pokemon


This will be the first time I 100% a National Pokedex without cheating!
D

Cool, Sonic. I decided early one (Soulsilver) that I would never try to get a 100% National Dex. It simply takes too much time and too many trades. It's not worth it, considering I can do pretty much the same thing with far fewer trades.

I thought Soul Silver was the hardest to 100%, considering the number of Pokemon and the types of evolutions (many, many, many Happiness and Stone evolutions. Lots of Pokethlon). I thought Unova was one of the easier ones.

Thanks!
Even with the help of whatever the Unova version of Pal Park is, it is actually really hard to do. Some Hoenn pokemon will require me to catch in RSE, transfer to a Gen IV game, and then transfer to Black. I want to do this so that when Gen VI comes around, I will just need to catch the new pokemon and just transfer the 649 old pokemon.

I just wish you get a better prize than a useless diploma :-(
D

I hear ya loud and clear on that. I remember in 6th grade when I finally got the whole thing complete, I went straight to Prof. Then I went to the Developer, and he gave me the piece of paper. So much for more Masterballs!

I have most of my Pokemon on Soul Silver right now. I find that game more enjoyable than White, maybe due to nostalgic reasons. I doubt I'll bother transferring them, since it's a huge waste of time if I don't plan on using them. 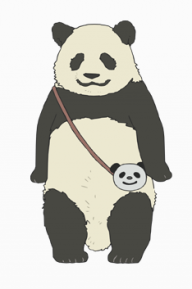 I just recently received the diploma certifying my completion of the National Dex in my Pokemon White Version, just a few hours ago. With only Keldeo, Meloetta, and Genesect left to acquire, I can say that trading contributed to a great chunk of the monsters I own, though I always make it a point to catch it rather than trade for it if a monster is already available in my game version, 'cept for certain situations.
D

Quick question: To get the diploma, do you need to "catch" or "see" each Pokemon?

I also try to catch the Pokemon, if possible. For example - Yanma, the 1% encounter rate Pokemon. What a turd.


Drayden said:
Quick question: To get the diploma, do you need to "catch" or "see" each Pokemon?

I also try to catch the Pokemon, if possible. For example - Yanma, the 1% encounter rate Pokemon. What a turd.
Click to expand...

If I understand it correctly, it seems that for the Gen-V games, you have to have caught all of them (except for event legendaries Mew, Celebi, Jirachi, Deoxys, Manaphy, Phione, Darkrai, Shaymin, Arceus, Victini, Keldeo, Meloetta and Genesect) to qualify for the diploma.

And LOL'd at the Yanma thing. I remember suffering through the same situation while trying to catch Cryogonal. Guhhh...
D

Forgot about him, though I probably got lucky, as I don't remember it being such a hassle. My nickname for Yanma: "1%??? WTF?!?!" or however many ?!?! needed to fill the 10-character limit. Good times.

I've always strived for catching all Pokemon, rather than seeing them. It's also fun to train Pokemon you wouldn't normally train.
P

I swear this thread's been done before.

Anywhere, nope, I've never 'caught 'em all'. I've tried to on Diamond and Black, though. 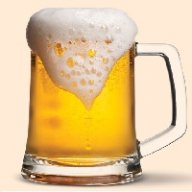 Yup, I have a pokedex of 493 on my Platinum game and 646 on my White game. Just waiting for the last 3 to be released, but I have all that are currently available.
D

@Yellow: How long did that take? How did you get the Pokemon over to the other games?

@Gallade: I'm sure it has. Why did you stop trying?
P


Drayden said:
@Gallade: I'm sure it has. Why did you stop trying?
Click to expand...

A combination of me playing other games, and just getting bored of trying to catch 'em all. I might carry on where I left off on BW when BW2 comes out, though.


Drayden said:
@Yellow: ... How did you get the Pokemon over to the other games?
Click to expand...

As PkmnYellow seems to be offline, lemme help by answering your question.

It depends on the game that you're gonna be transferring the Pokemon to. For Platinum (which I owned as well, before passing the game on to my little sister) or the other Gen-IV games, you get everyone 'cept the event Pokemon by trading from the other games in the same gen. A few require using the dongle feature to connect with the Gen-III games, meaning it's only applicable with the NDS units with a GBA slot.

For the Gen-V games, the dongle feature's no longer available, so you're only choice (besides trading and events, of course) is to transfer Pokemon over via the PokeTransfer Lab, as I did with my White Version (nearly emptied out my PC Boxes in my SoulSilver Version, where I nearly completed the NDex).
G

I complete the Dex in every game I play. I'm a bit obsessive when it comes to completing databases, no matter the game.
So yeah;
Platinum: 100%
SoulSilver: 100%
White:100% (excluding the 3 events)

Crystal: ~50% (was played on an emulater)
Sapphire: As many as you can get without outside help, due to no compatible games.

The closest I ever got legitimately was in my first Platinum file. It wasn't easy trading on the GTS when I couldn't see the level they were asking for. o_o; But I also had every GBA Pokemon game save for LeafGreen, so it wasn't all bad news. 389 out of 493, my first and last fair attempt at a living Pokedex.

As for my White version, I hacked a full Pokedex, so I "seen/caught" all 649 Pokemon. What I'm doing now is fishing nicknamed Pokemon off of the GTS for my living Pokedex, in a semi-legit way. Or at least the legit-ness depends on the trade. If they ask for something reasonable (a Cubchoo for a Crustle for instance), then I just clone a legit Pokemon and go from there. But if it's something ridiculous (a Pidove for a Haxorus?!), then I just hack the Pokemon they're looking for, level and gender. The hacks are perfectly harmless, though. My game didn't freak out, neither will theirs.

So...yeah. Platinum and White are where I strive for a complete Pokedex. I didn't bother with HeartGold, that game isn't worth it. And I can't remember if I did for pre-Gen-4 games.
O

@Black Dragon; Please use the relevant Simple Questions thread in the future, instead of asking here.
A

It's not possible for me to 'catch em' all' since I have no friends who play Pokemon/another working DS. Or wi-fi.