Does anyone else miss sprites?

Sprites seem much more vibrant to me, and imo many mons looked great in them. Sometimes I think about how much I miss them ╥﹏╥ Does anyone else here miss when the main series games were sprite-based? Or do you prefer 3D models? 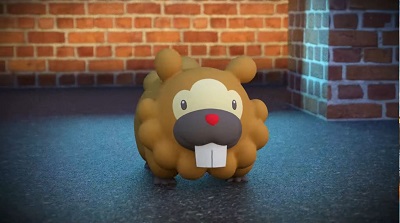 Yeah. I feel that some Pokémon like various fliers or Typhlosion looked a lot better with the sprites.

I'm sure you'll find plenty of people who think so. Me? Not so much. I see sprites as antiquated, a result of limited hardware. I was really glad when Pokemon X/Y switched to 3D models.

Color wise, a lot of the sprites are more vibrant, which I much prefer. For the most part, the sprite overworld of most pre-gen 6 games looks less ugly than the 3D overworld of gens 6 and 7. And there are many Pokemon whose sprites look better than their 3D counterparts. That being said, I feel like 3D models allow for livelier battles, more complex designs, and more expressive games. And the issues I have with the 3D models could be fixed as well, as illustrated in the spoiler tag, though I doubt they ever will.

(source)
Ultimately, while I'd say the sprites have their charm (except for the gen 1 ones) and I'd like to see gen 2 and 5-esque sprites for all Pokemon, I am kinda glad Pokemon moved away from them. 3D models just open up more possibilities in my opinion.

Kinda, they are charming, but they are also limited in my opinion. On the other hand, they don't look as pale as the Gen VI/VII textures.


SpinyShell said:
Ultimately, while I'd say the sprites have their charm (except for the gen 1 ones) and I'd like to see gen 2 and 5-esque sprites for all Pokemon, I am kinda glad Pokemon moved away from them. 3D models just open up more possibilities in my opinion.
Click to expand...

I think Gen I sprites can have some charm, at least in a "so bad, it's good" way, like weird-eyed Wigglytuff or sock Ekans. 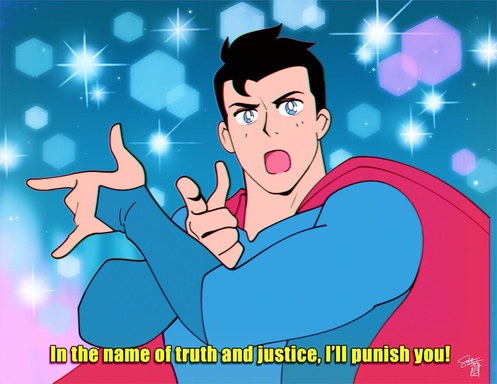 Nah. Their time has passed. It was only a matter of time.

Some Pokemon and characters look better as sprites and some look better with 3D models, but what's one is done. 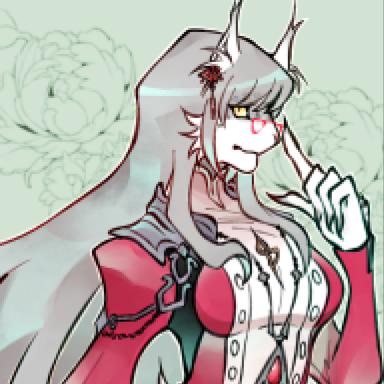 Yes, but I only miss them because of the way 3D has been executed in the current series games, rather than having an inherent preference.

When I first saw that the games were going to 3D, I was excited. I expected battles to be as dynamic-looking as they were in Stadium/Colosseum/Battle Revolution, showing great camera angles and Pokemon with unique and lifelike animations.

Instead, the models were de-saturated, their idle animations made as boring and neutral (or awkward in the case of some flying Pokemon) as possible, and the camera is forced to stay behind the Pokemon like in the older sprite-based games for a lot of it. Everything looks so static. Attacks lack impact. Pokemon barely react when they are hit by them, and they don't even have proper fainting animations like they did in older console games.

The thing is though, I kind of understood it may be a limitation of handheld games. Now that they've gone up to the Switch, I see little excuse for their continuous poor showing. The games should look like Stadium/Colosseum now. We shouldn't have the camera confined to behind the Pokemon. The only complaint that was addressed was that the models finally got back some of their color.

Essentially, I believe they are wasting the potential of 3D. Until they improve, if they ever do [I'm not getting my hopes up, personally], I'd honestly prefer they go back to a B/W style with animated sprites. That was much more lifelike and believable to me. Their sprite work in the DS era was truly excellent and unique.
Last edited: Aug 5, 2020

Not me, they were fine for their era but nowadays they feel too limited for interactions with the player and with other Pokemon, in battle and outside of it. Also, I have mixed opinions on the Gen V animations, because while they were decent I didn't like that they had the same animation over and over again with literally zero variation, even with the status changes!

But as many said above 3D models should try to imitate them in the fact that they should feel fresh every generation and have more dramatic poses.
C

yes i miss them.

i miss them in the sense that they invoke a sense of familiar nostaglia, because i think a lot of the pre-gen 5 era sprites were done really well. the gen 5 bouncy animated effect, however, was pretty hit and miss for me.

really, i feel like if effort was made to make the 3D models have a bit more of a personality (like, having a more dynamic pose, for example, because most of the 3D models look rather lifeless, unfortunately), then i think it would've been more well received.

In fact hot take but I don't think they were ever really that good, they were just the only thing we had at the time. And Gen 5, much as I love those games, just spoil the whole illusion for me with the heavy pixelation and all the monotonous tweening, giving the whole concept a rather unceremonious send-off. Some Pokémon, like Klink, manage to make it work, which makes sense because they'd have been designed with the technology in mind. But a lot of the pre-Gen 5 Pokémon have it pretty rough if you ask me.

Dang man you ever get tired of standing on that one leg?

Which like, compare to Huntail in GO or any of the 3D games where its tail gets to whip around realistically. I simply do not see how the sprite more successfully conveys a living creature or expresses Huntail's personality as a deep sea predator. With the model, I get a clear sense of speed and agility, along with a sort of elegance in its movement.

There are certainly a few Pokémon that don't handle the transition to 3D very well either, because they were designed with sprites in mind (Typhlosion is probably the poster child for this, although I'm not as bothered by a lot of the Flying-type animations as others are though like, yeah, Salamence is pretty boring, but again I don't think its sprite was that much better), but by and large I feel like 3D has allowed them to bring out so much more personality and life, especially when you look at something like Pokémon Camp where you can actually watch your Pokémon moving around and interacting with each other in a living space. Not to say that Camp is flawless (boring generic stick points for the bouncy balls to get statically affixed to rather than the Pokémon actually manipulating the ball), but between those animations, the attacking animations, the following animations, and the fainting animations, Pokémon have never felt more alive to me.

(By the way I can't wait to see this in Camp) 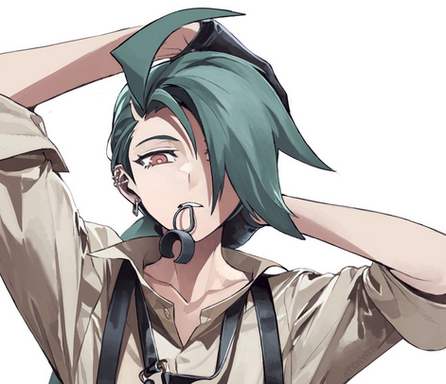 Sprites gave lots of neat personalities to Pokémon and the colors were much more vibrant too.

The models are just really boring/generic and washed out versions of what the Pokémon are/could be. (If it has wings, it flies, for example. Charizard, Salamence. Which tended to always get shown mostly standing on the ground.) 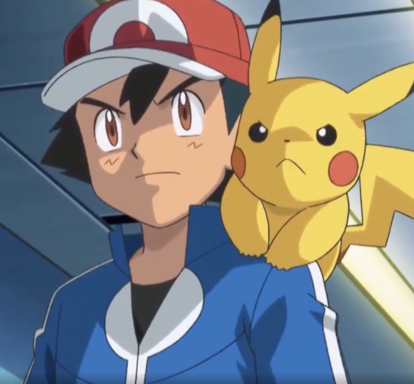 3D models aren't necessarily worse than sprites. It is just that GameFreak doesn't pay enough effort to make use of 3D models with their full potential.

I think the worst 3D offender is Decidueye. Incineroar got to show some personality and Primarina has a cute pose, but the owl Is literally just standing there doing nothing. If its model had leaked before the concept art few people would have guessed it's an archer. 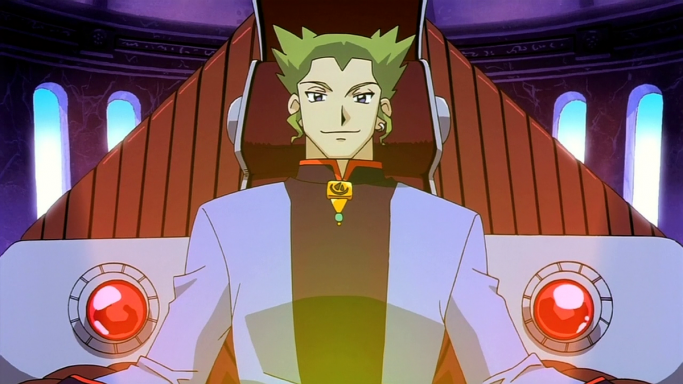 Meeeeeeeeeeeeeeeeeeeeeeeeeeeeeeeeeee!
Sprites are one of the reasons on why I go back to older games, namely from HG backwards. I don't care that they don't move aside from some initial movement. Some sprites really capture the feel and look of Pkmn. The 3D models look pale and without a spark of life put into it when compared to sprites.
While some may say that 3D is the way to go and the evolution that will be kept, I give to you Castlevania: Symphony of the Night: it's still regarded as ones of the best Caslevania games and people were expecting for it to be 3D because of being released on Playstation. Also, the recent revival of sprite games is not only because it's a cheaper choice for indie games but also because no one catered to those who like that style. 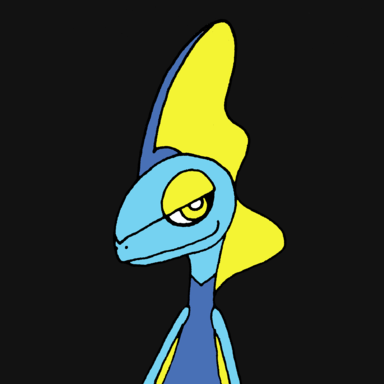 I miss the sprites! They were so bright and colourful, and gave each game a unique flavour because the Pokemon were always being reimagined with new poses. I like the 3D models too (well, most of them anyway), but sometimes I feel nostalgic about when things were simpler. With sprites, the player has to use their imagination more, which you could say creates a deeper connection with the game. The Pokemon are just simple 2D images, but the player's imagination brings them to life... there's something quite magical about that. 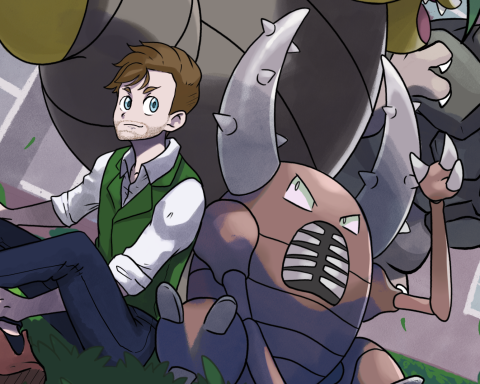 Yes, though I absolutely appreciate that they're gone and not coming back in any similar form. I miss the variety of sprites you could get for any single species over the years, and there was always a very slight sense of excitement to see what pose/expression/hue the artists were going to come up with this time. There were some duds and inordinately strange ones, but boy did they add character - and if you didn't like one in particular, you could always rest easy in the knowledge that it was just a single interpretation, and a greater pool existed to 'pick' from. These days, if you think a given species looks a little dull or unenergised, you're stuffed.

The series had to drop the sprites as some point, in my opinion.

I only really like the sprites a bit more than the 3D models because they have a lot more character to them. The 3D models could easily be better to me if the devs gave a larger variety of expressions and poses to the Pokémon. They've mostly been the same since gen 6, which is super boring.

Turning up the color saturation on the models might help a bit too.

I’m indifferent. I definitely would not welcome going back to sprites, but I didn’t dislike them for any reason back when they were the standard.

I personally have a problem with the altered model as well. The head and arms may have been vastly improved from the original but Typhlosion has never struck me as a Pokémon who could constantly maintain an external fire like Charizard or Infernape. In reality I just imagine they'd pointlessly exhaust themselves with such ferocious posturing. Only lighting up for their special attack animation honestly feels more sensible from that viewpoint.
You must log in or register to reply here.
Share:
Facebook Twitter Reddit Pinterest Tumblr WhatsApp Email Link
Top