Lil Brother said:
Are you kidding, Scott? The Johto starters rocked. o.o The problems were that the writers didn't do anything with them, aside from Chikorita/Bayleef.
Click to expand...

Yeah, I'll give you Chikorita/Bayleef. It has more personality than Turtwig, which doesn't really have one to speak of. I always did think Ash's Chikorita was the cutest thing ever.

Cyndaquil and Totodile never really had personality to me. Corphish was what Totodile was probably intended to be like, so the writers got it right the second time. Noctowl, like Ash's other birds, didn't have much personality either.

Honestly, if Ash's Johto team was Bulbasaur, Squirtle, Charizard, Heracross and Phanpy...it would have been a hell of a lot more enjoyable season than it turned out.

Totodile should have went to Misty, and Brock could have captured Cyndaquil to replace Vulpix. Ash didn't need those Johto starters at all and now they're completely useless compared to his other teams. No wonder why the writers abandoned them.
P

I disagree Scott I think that Chrizard would have made his gym battles less intersting..

I wish Johto he did like these other seasons and just got rid of his Pokemon/stored them at Oaks.

Perhaps than you would have like his team better.

The two best Johto Gyms were Falkner and Clair's Gyms though, both Gyms where Charizard participated in.

Lil Brother said:
Anyway, I don't see TR'S suits being based off those Doraemon aliens either... Looks more like a coincidence.
Click to expand...

Agreed. A good number of Pokeani's user-submitted "parody" remarks seem like nothing but random coincidences.

Adamant said:
Agreed. A good number of Pokeani's user-submitted "parody" remarks seem like nothing but random coincidences.
Click to expand...

Yeah...that's why I went ahead and posted the picture so that you guys could kind of see for yourself. The movie rental only cost me the equivalent of like $1.50, so it's not that big a deal that I spent money to get some screenshots of people who only barely resemble the characters in Pocket Monsters. 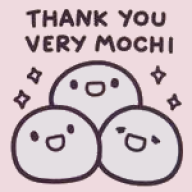 I've been trying to pay close attention to things like punctuation and capitalization in the episode titles for the past two years or so (fun fact: most Pokémon USA episode titles capitalize every single word and also end in exclamation mark)
Click to expand...

I went and checked the DVDs, and:
- "A Chip Off the Old Brock" has no exclamation mark
- "Wheel of Frontier", "May's Egg-cellent Adventure", "Harley Rides Again" too
- "Tactics Theatrics!!" has TWO
- "Queen of the Serpentine!", and everything between "Odd Pokémon Out!" and "Talking A Good Game!" has one.

As for "Queen of the Serpentine", the DVD version has wery weird bug on the title screen...

Seems they, for some reason, chose to remake this titlescreen (which leaves in question all the "exclamation" inconsistences between your site and first boxset), then put the "corrected" title over it...
J

The fact that "Totodile dancing" is more personality than Bulbasaur, Squirtle, Charmander, Cyndaquil and Turtwig is hilariously sad.
B

Dogasu said:
Yeah...that's why I went ahead and posted the picture so that you guys could kind of see for yourself.
Click to expand...

Ever agreed with any of them?

Although there's one I noticed that I don't think they did, and that's the source of Bannai's name.
A

Oh, there are definitly a lot of intentional references in the series. I doubt anyone believes the fact that one of Team Rocket's remote controls for one of their mecha looked a lot like a Wii remote was just a freak coincidence, for instance. 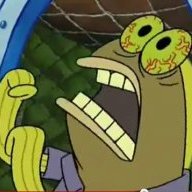 Adamant said:
Oh, there are definitly a lot of intentional references in the series. I doubt anyone believes the fact that one of Team Rocket's remote controls for one of their mecha looked a lot like a Wii remote was just a freak coincidence, for instance.
Click to expand...

Blackjack Palazzo said:
Ever agreed with any of them?
Click to expand...

Some of them, yeah. But not always. This Doraemon case being one of those times when I don't.

Here are some more screencaps I took from the Doraemon DVD (and may I say...this movie looks fantastic for being eighteen years old):

How odd...just a sidenote, but how come these images load from the bottom up?

No clue...because they're .bmps, maybe?
J

Adamant said:
Oh, there are definitly a lot of intentional references in the series. I doubt anyone believes the fact that one of Team Rocket's remote controls for one of their mecha looked a lot like a Wii remote was just a freak coincidence, for instance.
Click to expand...

Whatever current hand held Nintendo has out, the Zukan/Pokedex will be it.
Y

looking at the Japanese version of that store sign, I think I can barely make out the outline of the word "POKEMON". I think it's also worth noting that it's spelled that way... if it was really added by 4kids, chances are that they would've used that little apostrophe over a lower-case "e", a spelling which I think first came about with Nintendo's localization (how often do you just see it spelled as "Pokemon" in official English media?). It would also kinda make sense, seeing as Satoshi went there to buy an item intended for healing Pokemon, and the outer-design is adorned by Monster Balls.

Either way, it doesn't make much sense... I could assume this store is meant to be some portrayal of the shops in the RPGs, but they're not called "Pokemon Shops", in either Japanese or English. In English, they're called "Pokemarts", and in Japanese, they're called "Friendly Shops". BTW Dogasu, I'm surprised you said nothing of Shigeru exiting the store. What's even funnier is that the scene where he hits Satoshi with the door is seen in the preview at the end of the previous episode, almost as if they were trying to hype up his reappearance (I guess English-viewers were spared this kind of teasing, seeing as the next-episode previews are removed).

Later, the Rocket-Dan hold up the shop in the town. In the English version, the duo is goofy and non-threatening from the get-go; they talk about how their guns shoot out ice and how they want dental floss to go with their bombs. The Japanese version, by contrast, has the Rocket-Dan rob the store the way the Joker would; they threaten people with guns that everyone assumes is real, get what they want, and then fire off their fake guns. Except instead of a flag coming out with the word BANG! on it, for example, they shoot out cherry blossom petals instead.

I guess the trade-off to being allowed to show the footage unedited was giving the Rocket trio goofy dialogue so that the audience knows, from the start, that nobody's actually in any danger of being hurt here.
Click to expand...

though, this brings up another question: why? Everybody knows they're the antagonists (or at least try to be), so why not make them seem threatening from the get-go? This is why making stuff more "kid-friendly" never works out: I'm pretty sure a three-year old could figure this stuff out.

And I swear to god, if EVERYBODY in the store immediately turning paranoid from the event and pulling a gun (which they all happened to be carrying) out on the next innocent person who simply walks in isn't a stereotype of Westerners, I don't know what is (it took place in an Old West-style town, too). XD
J

Ah, the origiri...no joke, when I was 9 me and my younger brothers and sisters were laughing that they were calling them doughnuts instead of rice balls. We're not Japanese or anything, we're English, lived in England all our lives and never been to another country, not even for a holiday (aww).

It's funny...Pokémon's the only fandom I've ever been in where people grouse about removal of Japanese text. They're doing it on Digimon Data Squad (which takes place IN JAPAN and no effort has ever been made to avoid that), and the fandom is basically like "Eh, what are ya gonna do?"
L

Whoa, never saw that beer sign before. That's pretty unexpected, and kinda funny that 4Kids left it in. XD

Blackjack Palazzo said:
It's funny...Pokémon's the only fandom I've ever been in where people grouse about removal of Japanese text. They're doing it on Digimon Data Squad (which takes place IN JAPAN and no effort has ever been made to avoid that), and the fandom is basically like "Eh, what are ya gonna do?"
Click to expand...

Well, I'd imagine that's because that while the Pokemon dub only removes Japanese text (and on occasion English text), other 4Kids dubs will completely wipe everything. In fact, the Yu-Gi-Oh! 5D's dub that premiered today erased everything except for some vital information (usually the only exception) and the word "SECURITY" on Ushio's jacket.

When you have both Japanese and English text being removed, I think most people would consider the latter to be more ridiculous.
Threadmarks
Reader mode

Today at 2:55 AM
lisianthus