Again by google "* November 1, and if the Japan Series relay (fifth successive called). Baseball broadcasting is the postponement (53 story was broadcast 8th) "
I guess that might mean DP53 may get delayed to 8.11 ?
C

I don't understand, we have another break 'cause of baseball and the entire schedule is pushed back a week because of this?
R

*shoots self*. What has this been, like at least one break per month? *strangles TV network execs*. Stop it!!!
C

Haha, you think Ash will get his third badge by the end of 2007? At this rate who knows.
P

We should first have someone translate this and give a proper translation
I think it's still not sure if they'll have a break or not... but they know there is the possibility
T

I think its an Spiritomb episode!
M

Tha Ice Cream said:
I think its an Spiritomb episode!
Click to expand...

I hope I'm not the only one crossing their fingers that Cynthia returns in the Spiritomb episode.
K

No, you're not the only one. For she is awesome.
M

I don't want her to appear now. I want to see her where she was in the game, in the Koduck Restaurant, not in a filler.
C

She could be in both. 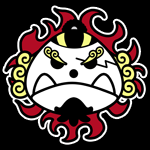 Or she could catch the same Spritomb offscreen. ...Just a though.
C

I'm sure Cynthia has the same Pokemon she has in the games but I'd like to see her in another episode.
A

If she is in the episode, doesn't that make it automatically not a filler?
T

What? Another delay? O_O


Wow....that means the dub will probably be about 18 or 17 episodes away from the Japanese version. That's amazing!!

It wouldn't surprise me that, at some point we could be 15 or even, only 10 episodes behind Japan.

*If the Japan Championship Series has its fifth game on November 1st, then Episode 53 will be postponed until November 8th.

So yeah...that block of text pretty much said what you guys thought it did.


PokemonTrainerLisa said:
Wow....that means the dub will probably be about 18 or 17 episodes away from the Japanese version. That's amazing!!

It wouldn't surprise me that, at some point we could be 15 or even, only 10 episodes behind Japan.
Click to expand...

The delay is followed fairly quickly by an hour special, so at least we're not falling further behind.
C

Double airings piss me off though, it always makes eps seem less special than if we get them once a week.