I had just begun writing Pokémon fanfiction so I figured I would start off with a short one.

I also posted it on the fanfiction website.
but I just thought I would share with everyone here as well.

This is an extra scene from the Orange Islands episode "Navel Maneuvers". It starts after Ash had received the Sea Ruby Badge from Danny. Contains hints of Pokeshipping. Enjoy.

Misty walked up to Danny and said “Danny I’m so sorry that you lost.” While Ash glared at them with pure jealousy and said to himself: “You’re supposed to be rooting for me. Not him!”

Danny simply said “Well, it was a fair race so you should be..”

“DANNY!” a young beautiful woman with long flowing brown hair called while running up to him.

“Hey, there Valerie.” Danny responded back.

Misty asked with a puzzled look on her face: “Is this your sister, Danny?”

Danny answered with a sheepish grin on his face “No. Misty. I forgot to tell you. Valerie is my fiancé.”

Misty’s face instantly turned blue with a look of horror on her face when she heard this. While Ash just breathed a sigh of relief and deep inside he was grinning.

Misty quivered and stuttered with tears pouring down her face: “You.. mean.. to…tell…me…that ALL THIS TIME, you were actually ENGAGED!?!?!?

Danny nodded with a smug look on his face: “That’s right.”

Misty all of a sudden began wailing out loud and started letting out ocular gushers in a manner that would rival even Sailor Moon for she had been humiliated for crushing on an older boy who was already taken. While Ash walked up to Danny and Valerie and simply stated “Well then, I wish you congratulations on your engagement.”

Togepi even cheered: “To ki to ki PRRRRRRIIIIII.

Misty on the other hand shouted while holding up her mallet: “WELL HERE’S WHAT I THINK OF YOU TWO!!!!!!!!”

As Misty was about to bring her mallet down on the heads of Danny and Valerie, Ash snatched it away from behind and said: “Time to go, Misty.”

Ash scooped her up over his shoulder and carried her to shore before he let out his Lapras.

**********
As Ash, Misty, and Tracey sailed away on Ash’s Lapras, Misty was in deep thought. Her inner voice was telling her: “Forget Danny, He was too old for you anyway. Although you may not think it now, you truly belong with Ash Ketchum. For now just continue to show support for him in his gym matches and someday soon you might find out how you truly feel about him. And maybe when your older, you both might feel a certain way about each other. Just be patient is all.”

Ash responded “Are you okay?”

Misty said with a slight frown: “Yeah, I’m fine. Ash? I’m sorry that I was rooting for Danny when I should have been rooting for you. But I promise that for the rest of the journey I will give you my 100% support. Okay?

Tracey responded: “Yeah, Ash. We are all on your side here, and we all believe you can and WILL beat the Orange League.”

Misty smiled and said: “Besides. Deep down inside, I knew Danny was too old for me anyway. So we’ll just have to wait and see what happens to us further down the road.”

And with that Ash, Misty and Tracey sailed away on Lapras in search of the next gym badge.

*****************
A/N That’s the first of a couple of Pokémon Anime Deleted Scenes fanfics I will be doing. I always felt that the thing between Misty and Danny was never properly put to rest. Which meant that somehow I felt that Misty STILL had some sort of crush on Danny. So I figured that this would be a more effective way of putting an end to the flirting between Misty and Danny for good. This will also be mentioned in my main Pokémon Fanfic that I will eventually be doing sometime down the road.

What did you think? 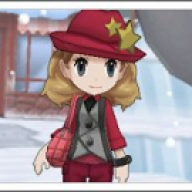 It's been a while since I gave first reviews for first fic postings, so let's get started. I'm pretty familiar with Navel Manoeuvres (I liked the Orange Island League, almost set my journeyfic there). Anyway, couple of things to point out. First up, you've gone for very much an anime style here, which is understandable given that this is explicitly anime-verse. Be aware though, that the melodramatic style of the anime is much harder to pull off in prose. Especially when it comes to the cartoon elements - waterfall tears, sweatdrops, cross-popping veins, that kind of thing.

I would avoid using bold and capitals too much for emphasis. In fact I would never use bold and capitals rarely. Italics work well for stress or spoken emphasis on a word. For tones of voice, dialogue tags are your friend. Shouted, hissed, yelled, bellowed, roared, there's a lot of them to use. Some people call these "Said bookisms" and warn against using them all the time - and it's true, you can overdo them. A good rule of thumb is to avoid using them for the sake of it. If "said" says it all, stick with it.

Finally, a note on technical accuracy. Using a colon before speech: "Like this." - not completely wrong, strictly speaking. It is kind of inelegant and makes the text look like a script.

"Typically, you'll want to format speech something like this," Josh said. "Notice the comma before the dialogue tag. I'm carrying on a new sentence now, so a full stop goes after said."

Eve chimed in. "You can also format it like this, with the dialogue tag first."

Josh scribbled industriously in his notebook. "With me performing action before the dialogue, you can get away without any dialogue tag since my scribbling implies that it's me speaking." 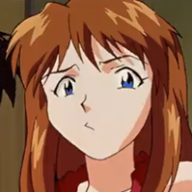 "You also need to focus on grammar and formatting," Jimmy added as he walked into the room. "Probably the best line to talk about would be Misty's little realization that Danny's engaged. Using ellipses after every... single... word? Sorry, friend-o, it just looks cheesy. But if you really have to do it, at least use the same number of periods each time. The way you did it was just sloppy."

Suddenly, Flannery burst through the slowly-closing door and screeched to a halt besides Jimmy, panting heavily. "D-don't forget punctuation!" she added, clearly out of breath. "You either forgot it or messed up quite a bit, like when Ash got Misty's attention on Lapras. Both of 'em should've used question marks since Ash was trying to get her attention, and Misty wanted to know why he was talking to her. You should also remember to use exclamation marks after sentences conveying excitement, surprise, or similar emotions. That way, when the reader gets to them, they don't sound emotionless and flat!"

"Oh, another thing..." A blindingly-white flash of light suddenly emitted from thin air in the middle of the room. Out of it stepped Sabrina, accompanied by her Alakazam. Brushing her sea-green hair out of her line of sight, the psychic continued, "Your prose definitely needs work. It's... minimal, to say the least. While I'm not saying you should be pretentiously specific and detailed with it, it would be nice if you made it more prominent - and much less bare-bones." On that note, Sabrina bent down slightly and reached towards one of her thigh-high leather boots, adjusting it a bit to smooth out a few wrinkles that had formed.

A purple hand reached out of Jimmy's shadow without warning, causing almost everyone else to jump a bit in surprise. As it turned out, it was merely his Gengar, who climbed up from the inky blackness into his physical form. "One more... don't end your story with 'THE END.' It's cliched and feels like a cop-out to the reader, that you couldn't come up with a more interesting ending."

Feeling satisfied, Jimmy turned to face Josh and Eve. "Man, you guys've got it goin' on with this kinda review. Remind us to keep doin' it."

I've started something, apparently. Before I forget, one last point. One of the best ways to get better at writing is to read. Read fanfiction if you like, but also read published stuff. Keep half an eye open for the tricks that the authors use as you do
O

I appreciate all the criticism here and I guess this could use a little work. But hopefully I will get better as I continue to make fanfics. But what did you think of the story at least?

EVERYONE: Pokemon: The Shimmering Stage

Which Main Character's Pokemon should of evolved?

D
What is the last episode that Misty appears in the anime and abandon Ash altogether?