Overall favorite would be Giovanni, hands down.

As far as Kanto goes (except for Giovanni):
It's probably a tie between Surge, Koga and Sabrina (if I had to decide though, then I guess it would be Surge).
Blaine and Misty are pretty awesome, too, but they're not quite as cool as the other three.
Erika... is pretty, but not really memorable and Brock is okay, but I don't really care about him. Janine looks cute, but it's been ages since I fought her (I should stop procrastinating in HG already.)
Blue isn't bad, but I'll always see him as my rival who beat me to the championship, not that guy I get my last gym badge from and who replaced Giovanni.
So if I had to choose a least favorite, it would be Brock, but I don't dislike him. I just don't particularly like him.

My favorite in Johto is definitely Morty. He's got a pretty cool personality, an awesome design and I adore his relationship with Eusine. (I kind of feel bad for catching Ho-Oh because of him.)
I also love Jasmine--she's absolutely adorable. And Chuck is just hilarious.
Clair is cool too and since HGSS I've started to like Pryce a little (but my previous dislike stemmed more from Special than from the games anyway), but, yeah, his Dewgong was annoying,
I don't really care about Bugsy, Falkner and Whitney.
Least favorite would be Bugsy--I don't mind Whitney's crying that much and she's got an adorable design and I like Falkner's too. But neither Bugsy's design nor his personality or type of choice impress me, so... yeah.

Hoenn would be a tough call between Norman and Wallace as favorites--can't really decide which one I like more. (I prefer Wallace's gym though. Stupid ace-trainers and their attract *grumble*)
Second would be Flannery and Wattson--I like their personalitys and they use two of my favorite types.
I like Roxanne and Winona but Tate&Liza and Brawly I'm mostly indifferent to. (I've also got some bitter feelings against Tate and Liza, because of my very first battle against them.)
I've never fought Juan, but from what I've seen, he's pretty cool.

As for Sinnoh... Volkner wins narrowly over Byron. His change from "I'm so bored let me cause a power outage and then whine about how bored I am" to "I'm super-excited and this is so much fun!" is adorable and I love his frindship with Flint.
Byron is simply awesome.
Crasher Wake is hilarious and both Candice and Maylene are really cute. I also like Fantina, I just wish they'd stop showing accents in the German version in such an annoying way. The way it's done in her english dialogue is fine, but her german lines are just... uggh.
Gardenia is one of those I'm indifferent to, and Roark's definitely my least favorite. I can never decide if I like him or not, but most of the time it's dislike.
B

i'm the only person in this world who hates morty, i think, especially in HGSS. he's a looney, megalomaniac and loser, and i'm fining that he smoke weed. lololol
G

Now that some people mention it, I do like Flannery ^.^ Her voice actor in the anime is the same person that voices Mars, my favorite character.
E

No pain, no gain!

Gen I:
Favourite: Of course, Misty!!! <333333 My favourite character in all the Pokemon stuff (Anime, manga, games...etc <3333) She is the best Gym leader EVER!!! <333 And I love water Pokemon types too xDU
Least favourite: Anyone of them ! I totally love all the Kanto leaders !!

Gen III:
Favourite: I can't decide between Wallace or Flannery ! Both are really cool ^___^!
Least favourite: Tate and Liza, I don't like them so much xDU they're a little boring

Gen IV:
Favourite: Gardenia and Maylene! =D Gardenia is totally a Grass pokemon freak! <3 And Maylene is adorable :3U
Least Favourite: Fantina, I don't know why but I don't like her personality xDU
R

hoenn: boy - norman
boring boring boring.
hoenn: girl - winona
she actually was my favorite gym leader as a kid, but i changed my mind. i think she's a show off. you should watch the fortree city episodes. she acts as if she's the best girl in town. 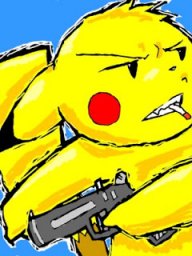 I do like Surge. Best electric leader yet (I'm waiting for a girl now).
Click to expand...

What war did he even fight in?


And my least favorite would be Whitney. She cries, she wouldn't gimme my badgem and that frikkin' Miltank....*shudders*

Ultra Pidgeot said:
What war did he even fight in?
Click to expand... 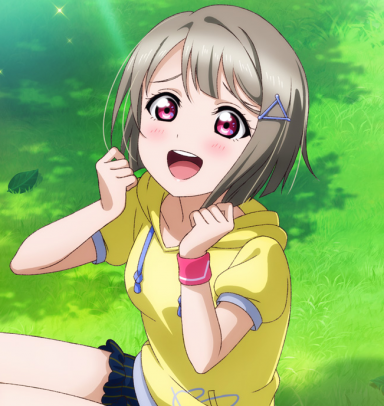 Liz & Tate. They have an awesome gym puzzle (in R/S) and you know it.
Wallace.
Candice.
Roark.
Janine.
Gardenia.

I can't get any more cleat than that can I?
G

Ultra Pidgeot said:
What war did he even fight in?
Click to expand...

The ones that preserve your freedom. That's all you need to know.

Kaia said:
As for Sinnoh... Volkner wins narrowly over Byron. His change from "I'm so bored let me cause a power outage and then whine about how bored I am" to "I'm super-excited and this is so much fun!" is adorable
Click to expand...

How is that in the least bit attractive in a person, and not completely repulsive behavior?
K

It's not, actually, if you think about it logically. I just found it cute how he got all excited to finally have a challenge again. Besides, what I like in fictional characters could very well make me hate a real person (there's no way I'd actually support all those villains I like irl).
S

My favorite has gotta be Lt. Surge. OH YEAH.

My least favorite is Falker 'cause emo haircuts are lame.

Blaine, Morty, and Jaun are my favorites. Personality wise and type wise. I'd love to chill with them.
P

I can say i hate any gym leaders but I like Jssmine, Winona and Wallace and I think the hardest gym is Mosdeep with Liza and Tate.
L

Hmm. My favorites would be Candice from Sinnoh and Juan from Hoenn.
G