Its catchy, energetic, obnoxious and one hell of an ear worm. Pretty hard to beat that.

- Born To Be A Winner
- Unbeatable

These two are pretty much my favorites.

You know, since I have mostly forgotten the bygone memories of the past, I'll have to say that I like Black and White the most. I do think that it's good.
C

Man, I really love them all, but the original takes it. It's just so ingrained into my perception of Pokémon. Even after all these years and all the changes of the series, that just can't be undone. We Will Be Heroes is probably number two in my book. It's just an incredibly sweet song. Though I don't know what being a hero has to do with the series... same complaint with the also great Advanced opening... "I go where you go, forever friends- you and I" is all it takes to get to me.

I like literally every 4Kids opening on their own merits and the first PUSA opening, which was the Battle Frontier intro. The first DP opening was the first Pokemon opening that I actually despised and, after getting used to them, I can say that I am indifferent at best towards Battle Dimension and Galactic Battles. Sinnoh League Victors is catchy enough but sounds too obnoxious for me to enjoy, and I simply cannot stand the Black and White opening.

I would say that my overall favourite opening is the original intro as it left such a hugely positive mark on my childhood and is the one that I and many others associate the show with. That said, every other intro up until Battle Frontier runs it incredibly close.
S

Haha I am the only one who voted for This dream so far.It is my favorite up there with master quest and unbeatable!It made me mad when they never made a full version for it I mean I bet it would of had a wonderful full 4 minute song.As for tv aka short version this dream wins no contest for me.Now as for full length versions I would have to go with Master quest it was such a great song and the quite riff is so BAD A!The only ones I did not like were from the Diamond and pearl up they were..pretty bad.Stand up battle cry is the best out of the dp openings...well its full version anyway.As for the black and white opening..the japanese opening of best wishes kicks it very very very far out of the ball park.Overall I have to say and this is weird for me however I really miss 4kids dub of pokemon its the only thing they did right 4kids had the better voice acting and the better openings so yaa.Though I can live it upsets me catoon network has never been the best at dubbed theme's. 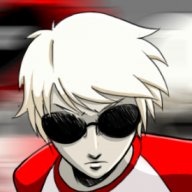 Unbeatable is by far the best opening.

suciune said:
Haha I am the only one who voted for This dream so far.
Click to expand...

That one is actually my second-favorite opening, after "Born to be a Winner."
S

Sleeping on the Job

Most of the PUSA themes were crap to me but the only one I like is Battle Cry.
R

I love the first few. They were the original ones. I like all of the Diamond and Pearl ones too. I love Black and White's too. Its a really hard choice to choose an absolute favorite. I dont remember the ones from Advanced Generation to well. 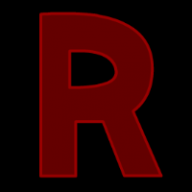 - Original
- Born to be a Winner
- Unbeatable

Basically the top 3 on the poll anyways.
C

They were all about the same, sans the awful DP rap and the Black/White dub theme isn't good either.
A

My favorite is Battle Cry - (Stand Up!)

The name itself is cool (hey there Pokémon Theme and your totally not generic name!) and the song is pretty nice too. I loved seeing it in movie 12 and I liked seeing the new version, showing that TPCi at least kind of gives a crap about the openings. I also like how the show's logo appears at the beginning of the song like most of the Japanese openings. Battle Cry is the only English Opening to do this so far.
P

I loved every opening throught "Unbeatable" Battle Frontier was tolerable, and after that I lost interest.
A

The Original is set in stone, but...
I like Born To Be A Winner just as much!
Unbeatable after those two!
R

The instrumental version of the DP rap is so awesome. BUt then the complete song itself... :-(

Born to be a winner

There's something about that opening line that gets me... 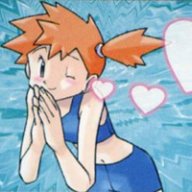 The original, purely for nostalgia reasons really... none of the english themes were really any good imo
D

Johto and the original were my favorite, for nostalgia purposes. But I have to mention the amazing remix of Unbeatable in Movie 8. Particularly the scene where Lady Ilene's attendant double-takes at Mew imitating Mime Jr., then an Aipom. (Which was synchronized with the music)