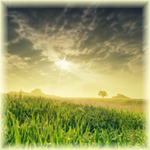 My first favorite is the night-time wild Pokémon battle theme in Gold.
Second place is Celadon City in Red.
Third place is the Bicycle theme in Red.

Battle: HGSS Raikou Battle
Town: R/B Lavender Town (In the original, it was so creepy I'd never want to go there. Now it's awesomely eerie =3)
Route:
T

I'm going to have to say everything from GSC, plus some others. I grew up on Pokemon Yellow and Gold, so every song is magical...especially GOLDENROD. CITY. That song was so ftw, it's the one reason why my GB Sounds is always on.

Pallet Town of course is my favourite still (so memorable). I also liked the National Park tune from the Gold and Silver games. The Kanto champion theme from Black and White is also a great remix!
J

I do all my own sprites

I love the route music of the route right above Viridian in GSC and HgSs. Red has epic battle music for a fight too.
S

Also has a Shiny Zapdos

I'd have to say I also love Lance/Red's battle theme, it's totally awesome!
O

vs morty (hgss)
vs team G commanders
vs cynthia
R

I made a blog entry on this topic.

Canalave City in Diamond/Pearl, Ecruteak in HeartGold/SoulSilver, I'm sure theres others, I just can't remember them.
C

I am rather fond of Gold/Silver/Crystal's Surf music. It's soothing.

Also the Heart Gold/Soul Silver Rival music is quite nice too.
S

Frontier Brain theme from HGSS and Platinum.
Ho-Oh Battle theme.
Vs. Champion from HGSS.
Both the Wild and Trainer Kanto themes from HGSS.
Route 206.
The music that plays just before you battle Cynthia.
Ecruteak City
Sky Tower
Great Canyon

Aaaaand that's about all I can think of. 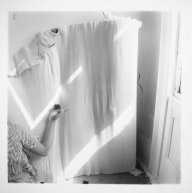 i LOVE the bike music in SRE
B

i love the Team rocket hq firered and soulsilver
the cinabar island theme love it every has to too!
and the champion theme in platium
Z

Team Plasma (B/W): It sounds like they're saying: "Wer'e a punk anarchist subculture and you know it!"

Blue (R/B/Y/FR/LG/B?/W?): The 8-bit theme is just pimp, lemme tell you. It's also because he's Gary Mofo Oak bitches! His Black/White theme sounds epic as well, but we won't know until he pops up in the game (which, supposedly is during Fall/Winter)!

Lavender Town (R/B/Y): It sounds epic, and is great for making pasta with.

Stadium Theme Song (N64): This song is simply kickass, and whenever I think of Pokemon, I hear some variation of this song. We've all heard it in the intros to main games.

Cynthia (D/P/Pt): Considering the prelude, I seriously wanted her theme to be some sort of instrumental thing, with trumpets and everything.

Lavender Town (G/S/HG/SS): I don't know why they butchered up Lavender Town. Every time I hear the beginning of that tune, I get hyped up for nothing.

Bicycle Music (All games): It makes it so painful to ride your bike if you have to hear that annyoing drivel every time. Of course, I have found ways to fool the game into not having it on while biking....