The set will consist of about 23 episodes, which means an educated guess of what will be on included is:

I'm actually surprised an Orange Islands set is coming out. I would love for them to actually redo the DVD's because the current ones like like shit, but they'll probably just repackage the three DVD's that have already been released and call it a day.


The MSRP for both sets is $39.98, but you'll be able to find them for much cheaper at places like Wal-Mart and Best Buy.

I take it that's all of the Orange Island episodes? It'd be too weird to have multiple sets for it...

...wait, Season 1 still? Does that mean everything up to Johto is Season 1 or will they actually have the whole series up to AG just be one "season"?
C

Heh, Dogasu remember when I told you we probably would get a Battle Frontier boxset very soon?

Anyway, I'm surprised they didn't put the whole thing on one Boxset. Is it really necessary to split the episodes up?

When was the last time you saw a 47 episode box set of anything?
C

Dogasu said:
When was the last time you saw a 47 episode box set of anything?
Click to expand...

Of anything? Season 4 of the original TMNT cartoon comes close at about 40 episodes on a 5 disc boxset of 920 minutes. And that was released last year no less.

My point is...box sets that large are very rare. It would be strange if they didn't split the season in two.
P

It's really sad how here in Israel they don't want to air old episodes again
I and a lot of others sent them e-mails about that but they usually ignore or reply to with "currently impossible" -_-
I'm part of that stupid channel's website staff (a mod at their stupid anime forum) yet they ignore me too
And let's not even think about video/dvd releases...
I'd do anything to watch all the episodes in Hebrew again but it's seems like it'll never happen =\
Maybe we should try and send a lot of e-mails again...
L

Oh, cool! And so quickly after the release of Indigo vol. 3 too. Let's all hope these are good quality. Considering they're the same prices as the Indigo League, Master Quest, and Advanced boxsets and those were all three disc releases, three discs sounds correct. Is there any hope for Orange Islands set having better picture quality than in the single disc releases?
C

Is anyone else still entertaining the idea that the reason the BF boxset took so long to come out is because Sarah re-dubbed some of her early Ash lines?

I know its a longshot, but PUSA did redub some old lines, such as Max saying it was a "ground-type" attack in place of "earth-type" in the ep where Mudkip evolves.

It's possible, but I'll also bet it has a lot to do with not wanting to release them while they were in the middle of releasing their Indigo sets. 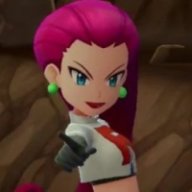 I have Orange Islands already. Even if these new ones are remastered, I paid like 11$ on Amazon for each of my current discs. I'm content with the quality at that price.

I will be buying Battle Frontier though. 'bout time we see it on DVD.
C

Furu said:
I take it that's all of the Orange Island episodes? It'd be too weird to have multiple sets for it...

...wait, Season 1 still? Does that mean everything up to Johto is Season 1 or will they actually have the whole series up to AG just be one "season"?
Click to expand...

I always thought of OI as Season 2, personally.
P

cassius335 said:
I always thought of OI as Season 2, personally.
Click to expand...

I'm glad the delay of individual BF DVD's was for one big ol' Boxset, which seems alot cheaper then buying each of them individualy and more ergonomical. 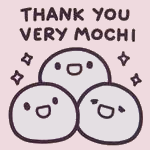 But probably no Japanese audio track, and BF would be the perfect opportunity as there are next to no edits...
H

The boxset would probably ramp up pretty high in price though.
J

Hell yes! Box sets! Looks like I'm going to have an expensive summer, I'm going to import Indigo League 2 and 3, all the movies and now Orange Islands and Battle Frontier. But I don't mind the wait for Battle Frontier, I think I've watched enough repeats to last a few decades...
R

When was the last time you saw a 47 episode box set of anything?
Click to expand...

That was an extremely special case, though.

Guys I think the point was there aren't many boxsets with that high of an episode count Not that there are none in existance.

The boxset would probably ramp up pretty high in price though.
Click to expand...

That's... debatable. Boxsets (anime) retailing 100$ or more are very rare these days. Boxsets retailing over 70$ is uncommon, and boxsets ranging 40-50$, or bricked collections are pretty much now the industry standard for collecting a series or a season of one. I don't think subbed Pokemon would be so special that they'd have to go anywhere above 50$.

I mean, heck, look at Slayers. Widely considered one of the best fantasy anime titles ever, can be found at most stores for 25$-30$ per 26ep season... and yes, this is both subbed and dubbed.