The first TCG product for the new year has been announced. The Japanese 'Dragon Selection' subset will be arriving Jan. 27, and will exclusively contain holographic cards.

Read more on Bulbanews
U

I haven't paid much attention to the TCG in years, but is this the first time that they've sold packs that only had holographic cards?

I do believe so. It's a very interesting move
D

I bet when this comes to the USA, it will just be put into random sets and we won't get a holographic only pack. 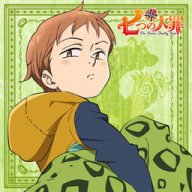 Too Tired For This

Rayquaza! Maybe this means RSEmakes will be announced I'm actually more excited about shiny cards. I never played the game, just collected the cards. Had around 6,000 at one point. Maybe I'll start collecting again, I like the holo cards. :3

Update: Yahoo! Shopping has labelled this set as "introducing the Dragon type". All Dragon-type Pokémon have already appeared in the TCG, suggesting that a new type is going to be introduced to the TCG.