Long story short, I took a hiatus and my living dex was either decimated or lost. So I've been restarting from scratch with both Alpha Sapphire and Sun. The pokémon I'm looking for and Magearna are the only mythical pokemon I'm missing.

I have Genesect and Darkrai. Have any spare Shaymin, diancie or Hoopa?
T 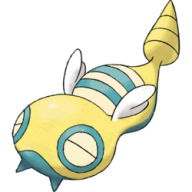