Dr. Mecha said:
Sadly, I agree with White Yang; as much as I wanted to experience owning a perfect Zygarde, we have to accept that they did that so that they replace the AZ cannon storyline with something original.
Click to expand...

I don't see any reason to think that Complete Zygarde won't be in the next game, whatever that happens to be.

I see no reason why they can't include Zygarde, Volcanion, Eternal Floette, and Magiana all in one game, they've done plotlines for multiple Pokemon before (albeit not all of them had major plot relevance, but we still got something for them). 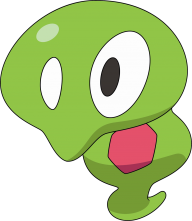 Lol I should become a fortune teller.

2 days ago, I made a funny joke post that was removed saying how a new Pokemon would be revealed and then suddenly loads of randoms would appear from nowhere saying it confirms Gen 7.

Then a while later we get the news that its still Gen 6 and they all disappear!

EDIT: and this is why we need hackers as otherwise there would be a debate about whether volcanion was Gen 6 or 7 as well.

NinjutsuSen said:
Because Volcanion, Hoopa and Diancie were all in because for the XY Pokedex and them being relevant for the movies and for the first distributions? If they would add around 20-30 Gen 6.5 pokemon in XY, then dataminer would easily find out that and a Gen 6.5 wouldn't be a suprise anymore and no hidden pokemon would mean no event pokemon for the first two years.
Click to expand...

I know why they are in XY. But if we are assuming in this theory that Game Freak planned this years ago and intentionally left Magiana out of XY why wasn't Volcanion left out too? It doesn't really have a reason to be left in there other than a few lines of text that could easily be included in later games.

It doesn't make sense to say they planned it and then left another Pokemon - who was only revealed two months ago - in. They could quite easily have removed Volcanion too - and should have tbh then maybe there wouldn't have been so much complaining about Volcanion's reveal.

Lack of compatibility is hardly an excuse to leave Volcanion in if you are arguing they are going to do a Gen 6.5, because obviously Magiana alone is going to create a compatibility issue for those with XORAS who can't get it. So it would make no difference if it was one or two Pokemon that were removed from XY in that regard.

And I wasn't even meaning 20-30 Pokemon being included in XY's data, I'm just pondering about the event legendaries we know exist.

You would think this news would make us want to be more civilised human beings; but it's like GF wanted this all along haha, I joke. But yeah, if anything, we have MORE to consider, more to speculate on, and LESS concrete information. Let the games begin lol.

A multi-cellular, composite being of wonders

Jolty94 said:
Will people please stop saying Zygarde is over and done with and there's no "sign" of anything Zygarde-related left, and that the spotlight is entirely on Magiana. You could of said the same for Volcanion if you didn't know about it before the reveal (which you weren't supposed to know anyway).

We know maybe 15% of everything/anything to do with Zygarde. We know there's cores, other forms, we don't know how they work, if we need them all, how the cells are spread about the region, yes I said spread around the region, just as the main site said, scattered around said region.
We also haven't even seen a speck of Complete Zygarde, XY&Z isn't wrapping up in March. C.Zygarde isn't debuting in March, we know nothing of moves (apart from 2 hidden), relation to Yveltal/Xerneas besides it's stronger than the both of them (another "God knows why they'd leave Zygarde when they literally said it's power exceeds that of both Xerneas & Yveltal" story for ya). AND; who the hell knows where Squishy's "land" actually is? Of course, my bets are Southern Kalos, but shoot me down Magiana, apparently your magical debut means screw everything Zygarde means to the franchise right now. Well, I refuse to believe it.
Click to expand...

It's honestly crazy how this is becoming rn.. I still believe we're getting the last Kalos game, ONE WAY OR ANOTHER. My attitude towards this hasn't changed. There's NO WAY IN HELL Zygarde is going to be excused as some sort of a little speck over a new Generation. As Jolty 94 said earlier, Zygarde's been hyped to the max in Japan. Heck, they even programmed it's 10% and Perfect form in the arcade game, Tretta. I REALLY don't see them avoiding HOW Zygarde stops both Xerneas and Yveltal dead in their tracks, and having some excuse saying, "Oh, watch the anime and you'll figure that out." Don't even bring up DLC possibility. GF has shot that idea down for a while.

Bolt the Cat said:
Remember that to everyone that doesn't follow Pokemon religiously over the internet, Volcanion didn't exist until 2 months ago. So to them, Volcanion is just as exotic.
Click to expand...

CoroCoro clearly treats Magiana as the bigger mystery, not showing any game screenshots for it and outright saying that it "it is not known how to obtain it". Compare that to Volcanion, which was given screenshots, typing, ability and confirmation of distribution details being forthcoming. It isn't just "fans in the know" who can distinguish between Volcanion and Magiana.

Also, they've done movies that include next gen Pokemon and current gen Pokemon in the same movie. Hell, last gen we got a movie with Genesect and Mega Mewtwo Y.
Click to expand...

What's your point? That is my take on the current situation, but you seem to think that they're suddenly showcasing two mythical Pokemon from the same generation simultaneously.

And you seem to think they're suddenly showing two mythical Pokemon from different generations simultaneously.

Neither has been done before, so don't make out like @Bolt the Cat s suggestion is out of the blue or more obscure than yours

I am slowly realizing how insane this situation has gotten, and how much this can snowball. We have both new formes and a complete mystery on the 3rd legendary of Kalos and how it plays a role in the overall plot but we alslo have a new Pokemon, a new MYTHICAL, which ties into the last mythical of Kalos. Its obvious this isn't some superficial plot of the movie, as Magiana does seem like it has proper ties to Volcanion. How in gids name does a gen 7 game make sense if so much Kalos stuff is floating about, but then at the same time, how can Kalos be this Pokemon's region if its something completely new?

The real question is, if Magiana was kidpnapped, and Volcanion goes after it, then where do they go to find it? Obviously the chase is going to be part of the plot to be mentioned. I really love thid all, we have monthd of bickering till a game gets announced.

Gonna jump ship on this thread. Don't know when all this will all be cleared up but I can just see it being weeks of arguing that I have no energy for. It's honestly reminding me of the Sylveon arguments and the Gen V starter leaks and neither of those were fun to be around for. (Plus I just bought two new PS4 games so I can occupy myself with those for a while )

As long as we get a game packed with features and some cool Megas I'll honestly be happy with whatever we get be it Gen VI or Gen VII or whatever else they may have cooked up. Honestly just glad we had 2015 as a year off because that's all I wanted last year.

But I hope everyone gets what they want in the end anyway. And remember we're all here for the same reasons so have fun and play nice!

(Also I don't want to have to keep typing Magiana cos my mind goes blank and wants to start typing magician and it's going to do nothing but irritate me.)

I think the world-shattering part is the part where we get a brand new (likely generation 7) Pokemon not obtainable in any of the current games but which is an event Pokemon supposed to be released for a game we have no title yet.

Volcanion and the Exquisite Mechanical Magiana

People are saying Volcanion has been sidelined, but it's still in the title and even mentioned first in the title.

People are saying Volcanion has been sidelined, but it's still in the title and even mentioned first in the title.
Click to expand...

That was the older, tentative title translation, the new title seems to be 'Volcanion and the Contriving Magiana'...

Zeb said:
Actually they haven't specified the game(s) Volcanion will be distributed to yet as far as I know. In Volcanion's Youtube video there's just an awkward blank space where the game logos have been in previous videos like Diancie and Hoopa's.
Click to expand...

Huh? I thought they confirmed it was coming to all current Gen VI games sometime in 2016 alongside its announcement. I must have mis-remembered.


!Z! said:
Then a while later we get the news that its still Gen 6 and they all disappear!
Click to expand...

We all know one thing that happened. Game Freak has confused the fandom and it has hurt itself in confusion.

Lufenian said:
Huh? I thought they confirmed it was coming to all current Gen VI games sometime in 2016 alongside its announcement. I must have mis-remembered.

How can I have "receipts" for something that has not happened yet? The part you quoted was a prediction. If you want "receipts" for the first part that has been proved correct about me saying 2 days ago, a new Pokemon would be revealed and all the Gen 7 crew would come out of the woodwork you can ask @Shiny Celebi

Okay, idea time. Magiana is actually a Pokemon created to "capture"
and contain Volcanion. The mechanism that connects ash to Volcanion is actually a part of Magiana that it sends out to libk the two Pokemon, but ash somehow gets stuck to it, instead of Magiana. That's why Volcanion needs to find it, because it needs to separate from ash.

!Z! said:
How can I have "receipts" for something that has not happened yet?
Click to expand...

You claimed "we get the news that its still Gen 6". I was asking for this confirmation.

Also important to point out, while past movies have indeed manufactured a connection between 2 seemingly otherwise seperate Pokemon (Shaymin and Giratina, Keldeo and Kyurem, Victini and the Tao Duo) the connection between Volcanion and Magina seems to actually be a real genuine one.


Lufenian said:
You claimed "we get the news that its still Gen 6". I was asking for this confirmation.
Click to expand...

As in "we will get", we are currently in phase 1 of my 2 phase prediction.