Ungh, why am I not surprised that Iris is the champion? This makes me a little sad. ::is allowing her hatred of anime!Iris to cloud her opinion of game!Iris::

You've got to be joking. Lamest Champion ever.
I

I can't believe how mad people are getting, I think her team is pretty good.

Honestly what were you people expecting?

The anime community is going to go batshit, I can already see that happening if this happens in the anime.

Well, this is a shock.
P

That. Is. AMAZING!!
Now I suddenly like Iris. A lot.
G

I'll admit, I do quite like her new design, especially compared to her original art.


Bouffalant Herdier said:
I'm a little disappointed there aren't more new Gym Leaders, but I wonder if the order of the old ones is still the same? I'd like to see Clay as the new eighth Gym Leader, he did seem to be the one in charge before.

Now I just hope Iris isn't a member of the Elite Four. *Shudders*
Click to expand...

Iris being the champion means 100% guaranteed purchase from me. I like her new design, it makes her look like a queen! I'm very eager to listen to her Champion Battle music. Oh, and to all of you who don't like that Iris is the champion: 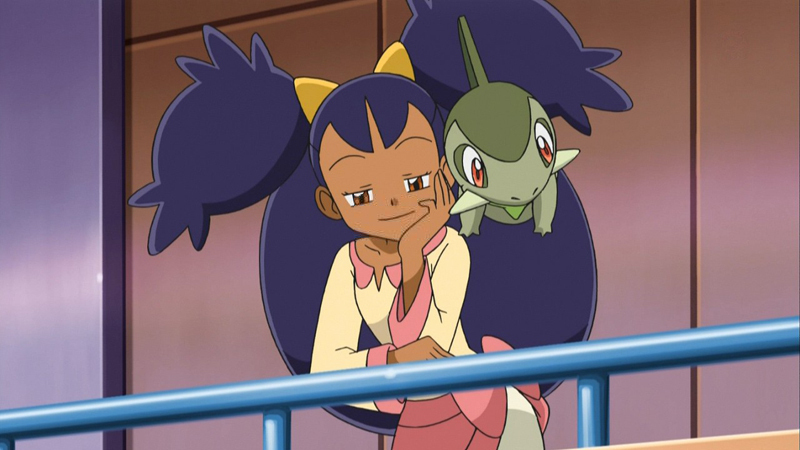 Well, better than Lenora or Straiton trio. I do admit her new design is pretty nice.
J

Darn the TSG chat section for spoiling Iris is the champion.

The anime forum is going to explode if this ever carries onto the anime.
H

Does this mean that you find Alder later on in a secret area all super leveled up like Red and Steven in gens 2 & 3?

The anime forum's going to explode over this, even if it's only limited to the game canon lol.
S

There's no chance of Drayden and Iris being switched between versions, perchance?

Drayden would have been the best champ. Maybe they saw him as too attached to one type to diversify to other Dragon-like Pokémon.
투


Shiny Porygon said:
There's no chance of Drayden and Iris being switched between versions, perchance?
Click to expand...

No. Drayden is the gym leader in both versions.
J


hehey said:
Does this mean that you find Alder later on in a secret area all super leveled up like Red and Steven in gens 2 & 3?
Click to expand...

Considering you battle him very early on, they might opt out of making him to be this powerful "final boss" later.

I'm a little annoyed right now. There was like no build-up, nothing indicating that she was even interested in becoming Champion. She was even training to become a gym leader in Black (while already a gym leader in White), and now she's suddenly the Champion. This sort of reeks of Mary Sue, to be honest.

Then again I suppose this like when Wallace became Champion in Emerald, so whatever.
U