How old are you, Pokémon Fans? (Once more from the top)

I started to get into Pokemon at around 1998. I watched the Anime, played the games, collected the cards & toys, the whole nine yards. Of course my friends were into it, as well. At around 2004 (which was around the time I started High School) I decided to stop collecting cards and figures, for whatever reason. I still kept my old collections, just didn't do anything with them. I kept playing the games and watching the Anime, though. Couldn't extinguish my Pokemon fandom *that* easily!

Recently I got back into the trading card game, by collecting a "Black and White Trainer Kit" that contained 2 decks, the playing mat, ya know everything you need for playing the game. I've never really been into playing the game, I'm just in it for collecting the cards. I also grabbed 4 Black/White Booster packs from Walgreens (the buy 1, get one free sale) and got quite a few good ones there, too. I have about 60-ish Black/White cards, and in a few days I'm sending off a few Japanese cards I'm trading with a friend for a few cards I need.

I was born in 1988 and remember the first time I noticed Pokemon, which was the first episode ever of Pokemon. I then went on to play Red, Blue, and Yellow (Yellow is my favourite ).

I collected the original Pokemon cards and when the frenzy ended I stopped. I have owned and played every full Pokemon game ever since (only the main games). I love Pokemon and will always until I am old enough to have Slowbro's amnesia XD
M

I was born in September, 1991. I got into pokemon around when Blue version came out for Gameboy. I like the games and movies the most.
J

Both In And Out

Well I'm 21, so I would have been about eight when Pokemon first became popular in my country. I kind of lost interest in the anime when I was about eleven and the games when I was fifteen, but really got back into both about a year and a half ago.
A

I'm 20 and I'm been a fan since I was 7,and once I turned 10 I bought a talking pikachu plush and started calling myself Ash,ahhhhhhhhhh these days when pokemon was everywhere,everybody was talking,watching,collecting and playing pokemon.when kids pretend they are sick to stay at home from the school just to watch pokemon,I told my mom back then that I wont go to school the days pokemon episodes are aired
H

According to the poll, most people are 17-20 =P I'm within that range!

Take that, whoever laughed at me for watching Pokemon! 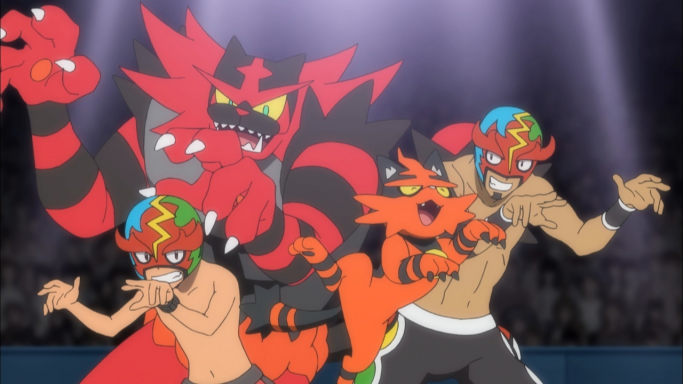