Through the burned building, footsteps could be heard. A squad of police officers traipsed through it, navigating to the top floor.

"This is the place." One of them said in hushed tones, looking at the blueprint in his hands, reading by the light of the flashlight in his hands. THe leader made a series of hand motions, and they entered the room. Inside, there were a series of large test tubes, each one with a humanoid figure suspended in a red liquid. A tall, thin officer with a pair of glasses searched the room, and found a red lever. He turned to one of the other officers, who nodded. With some difficulty, he pulled it.

The room was flooded with a loud siren, red lights flashing. The containers drained of fluid, then opened, releasing the beings inside.

"Don't move." At the head of the formation, a tall, middle-aged man stood. He had a hardened, stern face, like it was made of chiseled stone instead of human flesh.

"I'm Officer Morgan. Head of the Cinnabar Island Police Department. We don't want to hurt you. I promise if you come with us, you won't be hurt. We just have some questions. We want to help you." He said. Even if he did say this, the officers behind him didn't lower their weapons.

Vincent took a deep breath, as he fell the ground, coughing up the red fluid filling the tank. The last thing he remembered was coming home from school. Now he was in some sort of jumpsuit, staring at the tiled floor. He glanced to the side, and noticed some other people about his age. He stood, feeling that his shaggy black hair wasn't damp, despite being in a giant test tube.

"Where am I?" He asked, not sure if he was asking himself, the others, or the police. 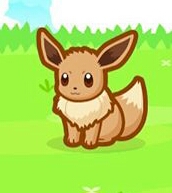 Aryn curled into herself, hugging her arms to her and staring at the officers in fright.

Adele let out an almost inhuman growl, her eyes revealing Noivern-like angry optics. Her arm-wings unfurled, flapping fiercely. "Get lost, idiots.. if you know what's good for you."
K

Kushagra spoke in a low, growling voice, "Who are you? Where am I? What is going on!?!"
He took a few steps forward, his Glaceon-like ears twitched with every movement in this unfamiliar surrounding... 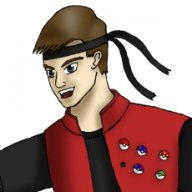 As the suspending liquid drained from around him, Jason awoke, finding himself on his hands and knees. While he worked to clear his throat of the viscous red liquid, he instinctively buzzed his wings in order to shake off the heavy droplets that still clung to them. Wait, wings? he thought to himself, confused. He twisted to look over his shoulder. Those were definitely never there before! "Yeah, where are we?" he said, echoing the voice from the canister on his right. "What have you done to us?" He stood, and eyes flashed amber as the officers, seeing his sudden movement, swept their lights across the room to aim them at him. He noticed that more than one of them had a weapon trained on him, and stopped moving. He didn't like this at all.
H

Officer Morgan raised a hand, and his squad - four people - lowered their weapons. He had been half-expecting horrible monsters. But these beings were human. Or at least partly. He had been ordered to detain them at any cost, and use force if necessary, but maybe he'd be able to get them to come quietly.

"You're on Cinnabar Island. We thought this lab was abandoned, but we got a tip. Someone had been doing something here. You're apparently that something." He said. "You're not in trouble. We just want to get to the bottom of this, and if you cooperate, we can do it that much sooner."

Vincent wasn't sure what to do. The man was a police officer, and Vincent was inclined to believe him. But the man had also been pointing a gun at him not a few seconds ago.

"Yes." Officer Morgan said. His time made it clear that this was non-negotiable. Vincent looked the officers over. For some reason, when he thought about fighting them...He felt like he could win.
K

Kushagra let out a sigh.


"I see. I'm coming with you, unless the others object. Officer MORGAN."

Aryn eyed the policeman warily, rocking slightly on her heels. She wanted to believe him, since he was an officer and he said they weren't in trouble, and yet he had looked ready to shoot them just a few moments ago.

"And nobody'll hurt us?" She checked, voice quivering.

"I think," Jason began, stepping from the metal platform that had supported his tube, "I think that whoever wanted to hurt us has already done it, kid, even if we don't remember it. Honestly, I don't remember too much, but I don't think I was like this before. . . . And I think I remember that I'm from Celadon City, but I have no idea how I got here." He stretched his arms skyward, loosening the muscles that had been confined in a tight space for too long. He felt something in his wrists flex, heard a crash, and tinkling of glass. He jumped, startled. His scythes had decided to stretch, too, and he had stabbed them into the raised glass door of his tube. Realizing what had happened, he quickly re-folded the blades back down over his forearms. "Sorry," he said, sheepishly. "I didn't know I could do that, either."
S

She was dazed. Vision was blurry. She had no idea what was going on.

She was sitting down, and curled in a tight ball. She could hear voices, but she dared not move. As things progressed, she head some shattering, and something fell on her head. Without shaking her head, she reached up and grabbed whatever it was on her head.

She felt it in her hand, which was sharp and cut her multiple times. This must be glass. She dropped the glass, and tried to rubbed her eyes. She just realized that they were covered in liquid and was able to wipe them away.

Her vision cleared, and she looked up and saw police officers holding guns at her. She stood up quickly and realized that there was some monsters beside her as well. Officers and Monsters!?

She was frightened, and ran straight for the the officers and jumped over them to escape whatever trouble she was in.