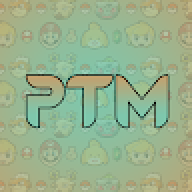 I'm not sure if this is the right place for this - or if it's even allowed. But I wanted to share it!

First a bit of background. While looking for ways to do this I came across this Pokemon Showdown bot, created by Pmariglia. So shout out to them, as this wouldn't have been possible with the work they had already done!

I got it set up, and had some issues making two instances of the bot fight each other. So after me and Pmariglia had a discussion over Discord, trying different things, it still didn't work! And then one day, it just did. For absolutely no reason it worked. So not wanting to tempt fate, I got it all set up, added and imported the teams, and set up the tournament.

The trainers used in this are all 16 gym leaders across Kanto and Johto. The Elite 4. Blue and Red. The teams are selected from their Black and White 2 world tournament appearance. As this is the only time all trainers have 6 Pokemon. Agatha's team is from the Let's Go games.

With the trainers selected, and the teams decided I put them all into this random tournament generator I found online, and this was the outcome. You will see that there are 8 trainers that have been given a bye to the next round.
Due to the tournament having 24 trainers, 8 needed an automatic bye for it to work out evenly. These 8 were randomly selected.

I should also state that I didn't know the outcome of any of these matches. When the bots fought each other, I had it set to save the replays. So if you watch the video you'll see live commentary of every game in the tournament. My friend Sam has jumped on to co-commentate. The bracket will be updated as we go along.

If anyone wishes to try this for themselves I have already posted a link to the bot above. Here is a .txt file with all the teams ready to be imported to Showdown.

I should also state that the AI isn't a replica of each characters AI in the games. This is just a bot playing how it things is best against the other bot.

Here is a video of the tournament. - AI vs AI Pokemon Tournament! - Who is the Strongest Gym Leader? The Great Indigo Plateau Tournament. (The embedded video doesn't seem to work)

How I Taught an AI to Play Pokemon Emerald