EVERYONE: I think I accidentally wrote a psychological horror... 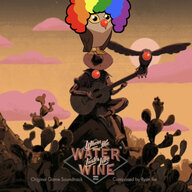 When Jimmy entered his math classroom for the first time that school year, he was quite nervous. He had no friends, and didn't know anybody. As the teacher finished his introductions, he started on the lesson. After what felt like 5 hours, Jimmy began to feel quite tired. Eventually, he fell asleep. When he woke up, he looked at the clock. It had still been only 30 minutes since class started, apparently. He shrugged, thinking the clock must be broken. But there was a sense of wrongness about the whole environment that worried him. He started counting, 1...2...3...

After what felt like several hours later, he reached 216,000. That meant the class should be over, right? He desperately glanced at the clock. 35 minutes?! He glanced at the class. Everyone seemed the same, somewhat bored, but uninterested in the time. Jimmy silently panicked. Was he going insane? Or was he just overheated? He raised his hand.

"Erm...how long has it been since class started?" ,Jimmy felt nervous.

The teacher glanced at the clock on the wall. "Why, only 37 minutes!", he laughed.

Jimmy sank down in his chair. This was going to be a long class.

Jimmy's hands were inflicted by worrisome arthritis, but they could write easily enough, so long as one didn't mind the gradual pain and stiffness. He had finally finished the equation which determined the rate of decay of time passing. He reflected on his life. All the others were dead, leaving the classroom empty. There were no windows to break through, nor a door that wasn't locked to escape out of. A lifetime, trapped in a box. Fortunately, his bodily processes seemed to have paused, or else he would have died a long time ago. He glanced at the clock, to make sure his calculations were correct, running them through his head.

Jimmy was suddenly filled with interminable and boiling anger. This clock had started all this. He reached up, pulled the clock off the wall, and, ignoring the pain to his knee and hands, broke it.

A sudden shift. Something was different. The classroom was silent. The teacher gasped, "My boy, what did you just do?". Jimmy looked around. Everything was as it started. He glanced at the clock in his hands the broken hands indicated only 40 minutes had passed since class began. Jimmy collapsed, and began sobbing. 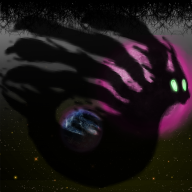 I like the concept of this quite a lot! I think it lends itself well to horror, though I'd be remiss if I didn't mention that I wish there had been more of an internal side to the story. As it stands, it's purely narration, so it comes across as conceptual instead of a story with well realized characters and some sort of theme, intentional or otherwise.

I think the 2nd paragraph, and penultimate paragraph are the ones that try to get into his head, at least a little bit. I just don't think it leans hard enough into that, which makes horror difficult to pull off. Since there's no visceral reaction, a reader relies on empathy, which Jimmy doesn't really gain.

With that in mind, its short length prevents it from being boring. There is so much potential here for something incredible and maybe one day you could try to expand this piece, or use elements from this to build up a story. Overall, I'm glad I took the time to read this! There is definitely some inspo in this piece.

Thanks! I’m glad you enjoyed it! I might expand upon this idea, but I do have some other stuff to work on at the moment.

EVERYONE: What If... BackSet Wrote a Zelda Crack Fic?