René Murat Auberjonois was an American actor and singer. In films, Auberjonois portrayed Father Mulcahy in MASH, the expedition scientist Roy Bagley in King Kong, and Chef Louis in The Little Mermaid, in which he sang "Les Poissons". In the American animated musical comedy film Cats Don't Dance, Auberjonois lent his voice as Flanagan, the human film director of "Li'l Ark Angel".

Genuinely upset when I saw this yesterday, truthfully didn't know much about him but I do know he voiced Mr. House in Fallout: New Vegas, who was a great character.

Juice Wrld
Juice Wrld was an American rapper, singer, and songwriter. Born in Chicago, Illinois, he was best known for his hit singles "All Girls Are the Same" and "Lucid Dreams" He passed away on the 8th December, at the age of 21.

Marie Fredriksson
Singer-Songwriter
Gun-Marie Fredriksson, known as Marie Fredriksson was a Swedish pop singer-songwriter, pianist and painter, known for forming pop rock duo Roxette in 1986 alongside Per Gessle. The duo achieved international success in the late 1980s and early '90s with their albums Look Sharp! and Joyride, and had six top two hits on the Billboard Hot 100: "The Look", "Listen to Your Heart", "Dangerous", "It Must Have Been Love", "Joyride" and "Fading Like a Flower".

omahanime said:
Marie Fredriksson
Singer-Songwriter
Gun-Marie Fredriksson, known as Marie Fredriksson was a Swedish pop singer-songwriter, pianist and painter, known for forming pop rock duo Roxette in 1986 alongside Per Gessle. The duo achieved international success in the late 1980s and early '90s with their albums Look Sharp! and Joyride, and had six top two hits on the Billboard Hot 100: "The Look", "Listen to Your Heart", "Dangerous", "It Must Have Been Love", "Joyride" and "Fading Like a Flower".
Click to expand...

Buck Henry
American Actor
Henry Zuckerman, credited as Buck Henry, was an American actor, screenwriter, and director. He was twice nominated for an Academy Award, in 1968 for Best Adapted Screenplay for The Graduate and in 1979 for Best Director for Heaven Can Wait alongside Warren Beatty. His long career began on television with work on shows with Steve Allen in The New Steve Allen Show. He went on to co-create Get Smart with Mel Brooks, and hosted Saturday Night Live 10 times from 1976 to 1980. He later guest starred in shows such as Murphy Brown, Will & Grace, and 30 Rock.

Neil Peart, the drummer of the progressive rock band Rush, has died today. Man, another one of the great ones...

Terry Jones
Welsh ActorTerence Graham Parry Jones is a Welsh actor, writer, comedian, screenwriter, film director and historian. He is a member of the Monty Python comedy team. After graduating from Oxford University with a degree in history, Jones and writing partner Michael Palin wrote and performed for several high-profile British comedy programmes, including Do Not Adjust Your Set and The Frost Report, before creating Monty Python's Flying Circus with Cambridge graduates Eric Idle, John Cleese, and Graham Chapman, and American animator/filmmaker Terry Gilliam. Jones was largely responsible for the programme's innovative, surreal structure, in which sketches flowed from one to the next without the use of punchlines. He made his directorial debut with the team's first film, Monty Python and the Holy Grail, which he co-directed with Gilliam, and also directed the subsequent Python films, Life of Brian and The Meaning of Life.

Jim Lehrer
American JournalistJames Charles Lehrer was an American journalist and novelist. Lehrer was the executive editor and a news anchor for the PBS NewsHour on PBS, known for his role as a debate moderator during U.S. presidential election campaigns. He authored numerous fiction and non-fiction books that drew upon his experience as a newsman, along with his interests in history and politics.

Kobe Bryant
Basketball Player
Kobe Bean Bryant was an American former professional basketball player. He played his entire 20-year career with the Los Angeles Lakers of the National Basketball Association. He entered the NBA directly from high school and won five NBA championships. Bryant was an 18-time All-Star, 15-time member of the All-NBA Team, 12-time member of the All-Defensive team and was the NBA's Most Valuable Player in 2008. Widely regarded as one of the greatest basketball players of all time, he led the NBA in scoring during two seasons, ranks fourth on the league's all-time regular season scoring and fourth on the all-time postseason scoring list. Bryant is the first guard in NBA history to play at least 20 seasons

Just got woken up to this news. His daughter and 3 others were also in the helicopter crash.

What the hell. This is also part of why I don't ever want to fly.

System Error said:
What the hell. This is also part of why I don't ever want to fly.
Click to expand...

This, plus the incidents that killed Stevie Ray Vaughan, Randy Rhodes, Big Bopper, Richie Valenz, Buddy Holly and members of Lynyrd Skynyrd. Well, Randy not so much since he was flying the helicopter drunk IIRC, so he brought that upon himself.

EDIT: I forgot about Pedro Infante.

prog rocker said:
This, plus the incidents that killed Stevie Ray Vaughan, Randy Rhodes, Big Bopper, Richie Valenz, Buddy Holly and members of Lynyrd Skynyrd. Well, Randy not so much since he was flying the helicopter drunk IIRC, so he brought that upon himself.

EDIT: I forgot about Pedro Infante.
Click to expand...

And that Brazilian soccer team. Any wonder I'm afraid of flying, too? 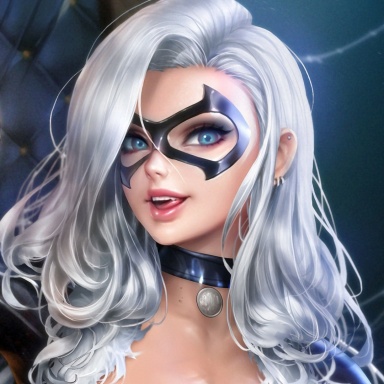 Update on a recent celebrity "death" - Mr. Peanut is alive again. The tears of the Kool-Aid Man reincarnated him at his funeral.

Media campaign, but interesting in how they ended up changing it around after Kobe's passing. Ended up kinda awkward as a result...

Kirk Douglas
American Retired Actor
Kirk Douglas was an American actor, producer, director, and author. A centenarian, he was one of the last surviving stars of the film industry's Golden Age. After an impoverished childhood with immigrant parents and six sisters, he made his film debut in The Strange Love of Martha Ivers with Barbara Stanwyck. Douglas soon developed into a leading box-office star throughout the 1950s, known for serious dramas, including westerns and war movies. During his career, he appeared in more than 90 movies. Douglas was known for his explosive acting style, which he displayed as a criminal defense attorney in Town Without Pity.

Orson Bean
Stage Actor
Orson Bean was an American film, television, and stage actor, as well as a comedian, writer, and producer. He appeared frequently on televised game shows from the 1960s through the 1980s and was a long-time panelist on the television game show To Tell the Truth.

Robert Conrad
Television Actor
Robert Conrad was an American film and television actor, singer, and stuntman. He is best known for his role in the 1965–1969 television series The Wild Wild West, playing the sophisticated Secret Service agent James T. West. He portrayed World War II ace Pappy Boyington in the television series Baa Baa Black Sheep. In addition to acting, he was a singer, and recorded several pop/rock songs in the late 1950s and early 1960s as Bob Conrad. He hosted a weekly two-hour national radio show on CRN Digital Talk Radio beginning in 2008.

Not sure if this counts but.... We lost Jose Bonaparte (a Paleontologist from Argentina, notable for discovering various titanosaurs [armored sauropods] and abelisaurs [ theropods including Carnotaurus]) Not sure if he counts as a celebrity, but 4 days ago I think Luis Alfonso Mendoza, a Mexican VA got murdered alongside his wife and his brother-in-law. His roles included Gohan from Dragon Ball, Sheldon from The Big Bang Theory, Leonardo from the 80's TMNT, and Daniel from Karate Kid.
You must log in or register to reply here.
Share:
Facebook Twitter Reddit Pinterest Tumblr WhatsApp Email Link
Top