Speculation Legendary Pokemon getting pre-evolutions in the future?

Before Pokemon Sun and Moon was even announced, no one even thought that legendary Pokemon would have a pre-evolution. Even though breeding Manaphy with a Ditto will create a Phione, it can't evolve into Manaphy no matter what you do, it's stuck forever as a baby. Back when Manaphy was discovered that it can breed back during generation 4, people speculated that Phione evolve only to be saddened that it can't. From that time to generation 7 (about 10 years) an ability to of a legendary Pokemon breeding had been unique to Manaphy and Phione until that we discovered that Solgaleo and Lunala can create a Cosmog, and that Cosmog can evolve into Cosmoem and then fully evolves into either Solgaleo Lunala. Sadly as of right now, you can only create one Cosmog per game.

Since Gamefreak did something new and unexpected in generation 7, maybe they'll do it again in future game? This brings us here to this thread where we ask; what if legendary Pokemon do have a pre-evolution? What would they look like? Is it possible to catch them as babies, train them, and evolve them into the legendary Pokemon we know and love? It happened to Solgalep and Lunala, would it happen to the others? Even if this happens in the future, this type of uniqueness for Solgaleo and Lunala will be lost. For now, let's talk about and speculate about what if it does happen in the future. I'm not saying that it'll happen in generation 8 since we know basically nothing about the generation 8 games except that it's coming sometime in a year or two.

I started thinking about this when looking back at the pictures that someone on Deviantart made back in 2008-2011. I first looked at them before Sun and Moon was announced and I thought that they're cute and neat, and looking at them now with USUM coming out in a month is what spawned this thread. Keep in mind that these pictures were made back when the generation 5 games are being made and the generation 6 games are just barely becoming concepts. Generation 7 doesn't even exist in any way, shape, or form, and it won't be until 2013! Here's some examples. 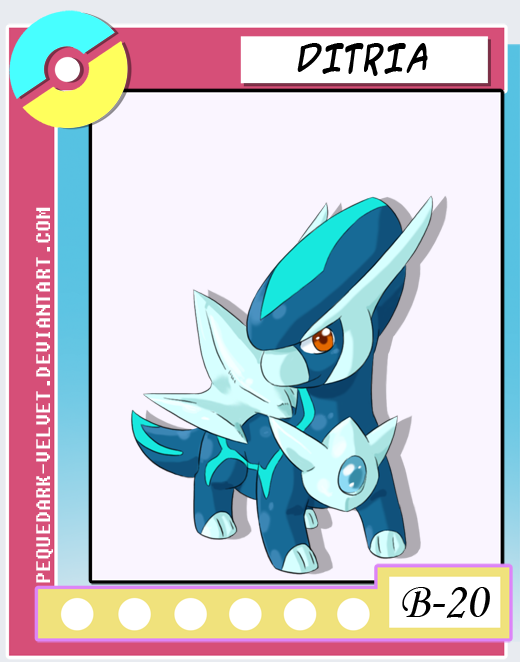 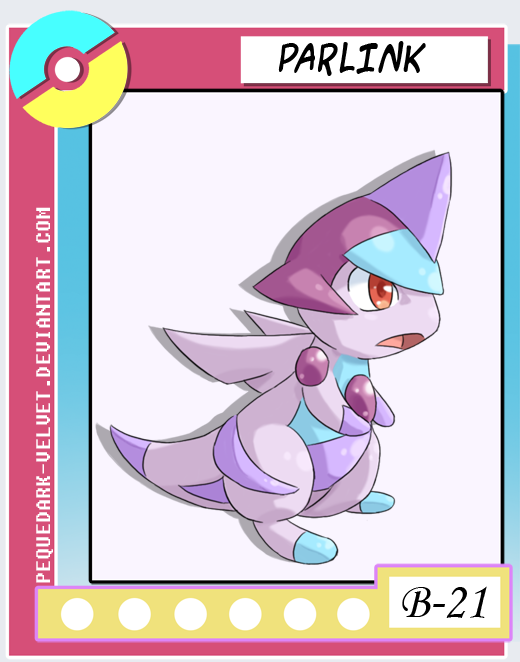 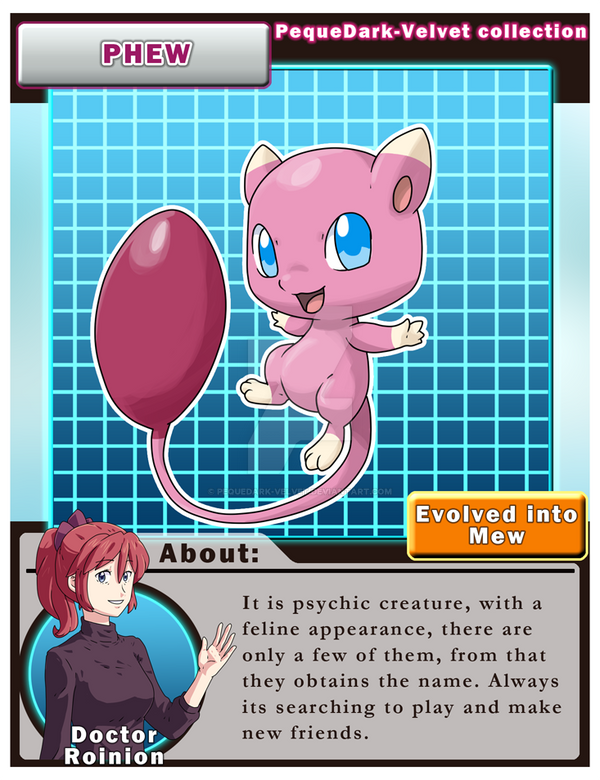 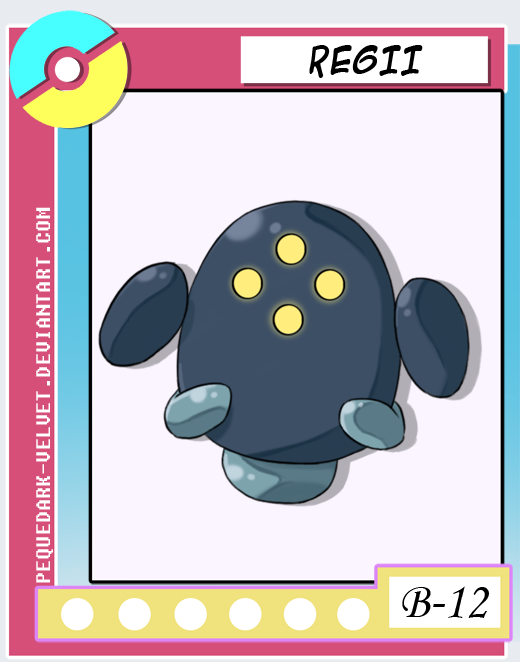 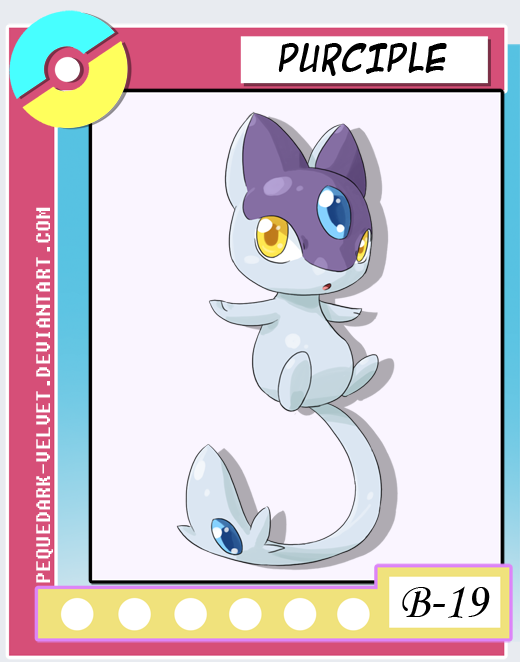 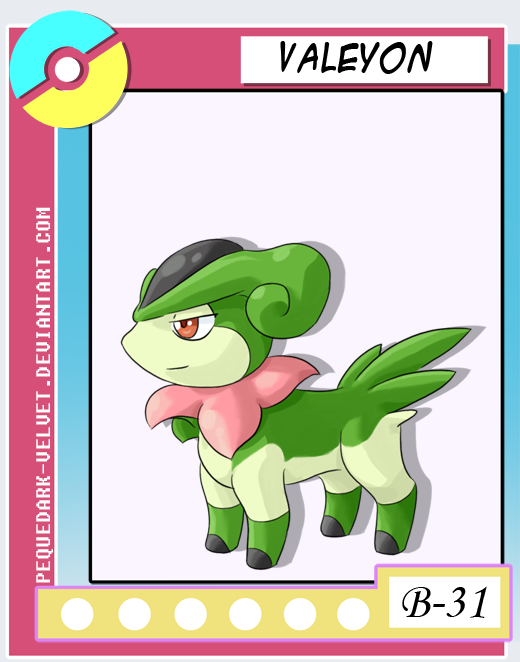 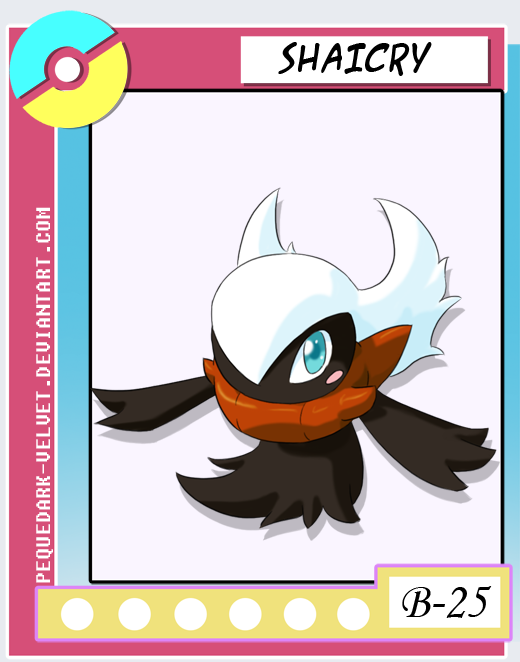 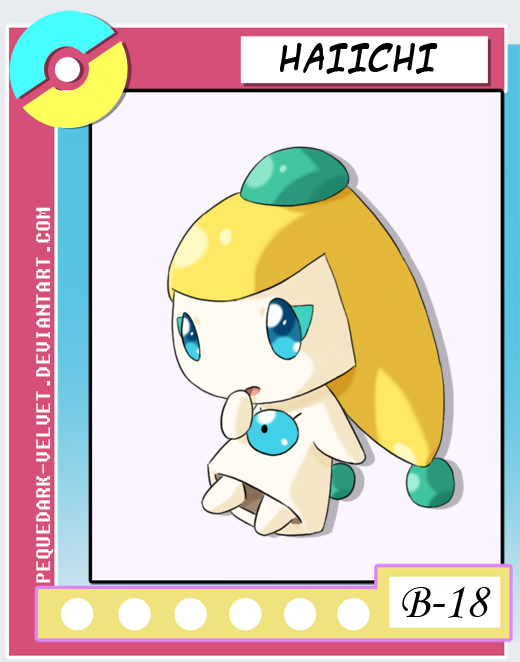 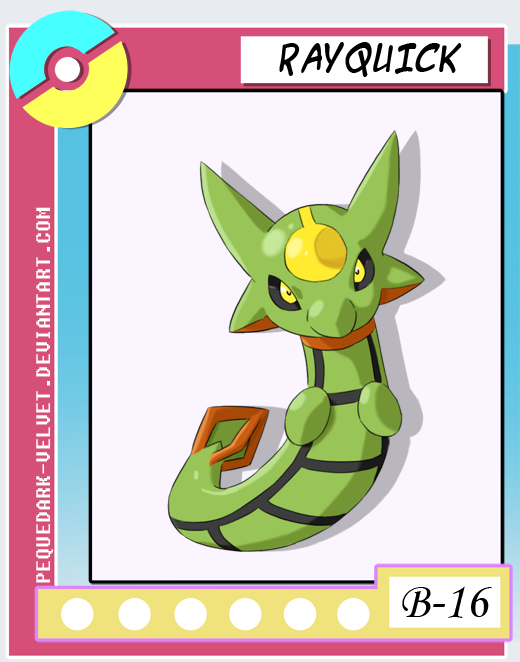 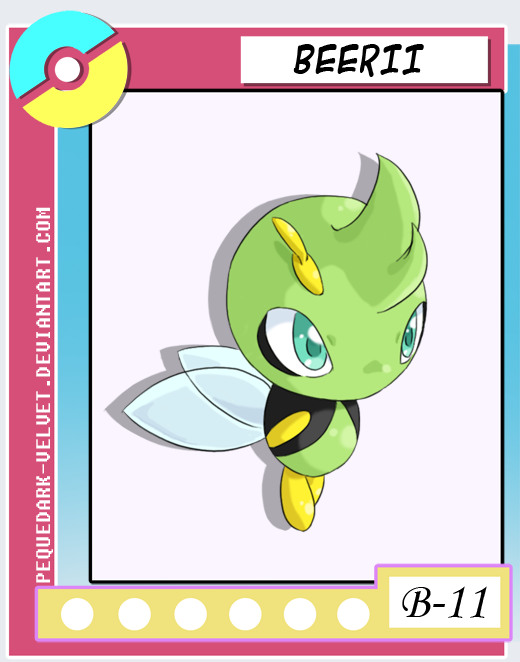 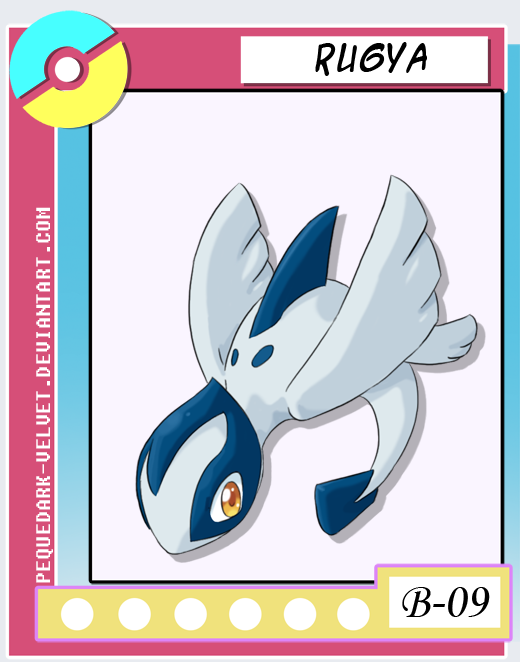 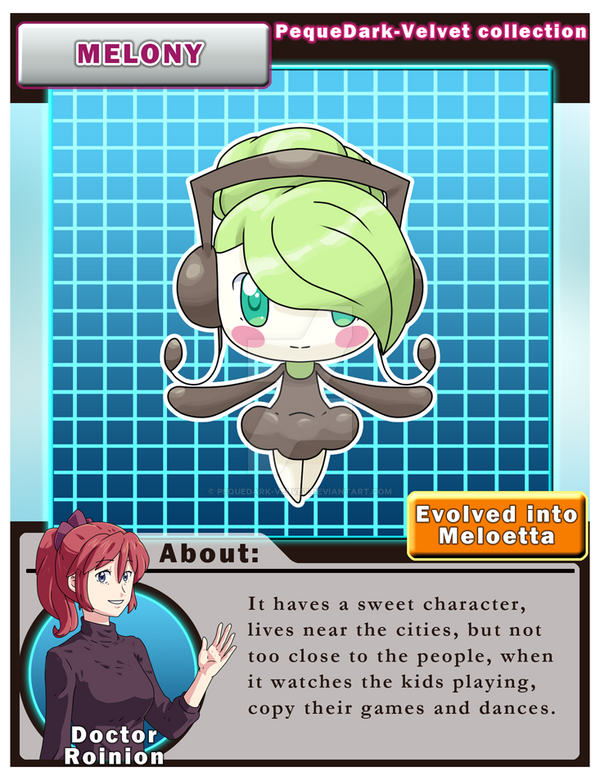 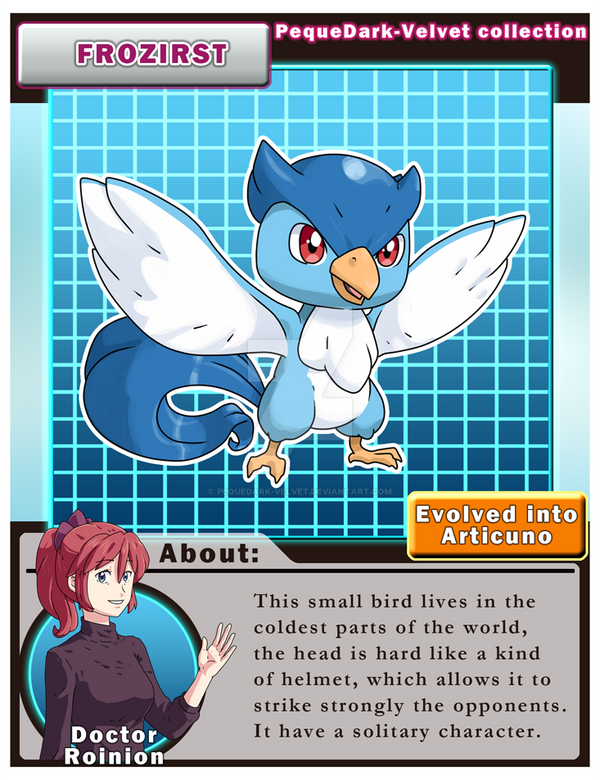 What do you guys think? Do you think it's going to happen in the future? How do you think it would go? Time to speculate!

For Dialga/Palkia/Giratina I'd doubt it because in the Sinjoh Ruins in HGSS you could obtain an Egg for them that hatches and they're Level 1. In a way, that's new and unexpected as well as uniqute to them too.
S

If they do have more legendary Pokemon evolutionary families, it'll likely be handled like Cosmog was in Sun and Moon, in that the method for obtaining one is a one-time-use in-game event.

Kirby4ever said:
Before Pokemon Sun and Moon was even announced, no one even thought that legendary Pokemon would have a pre-evolution.
Click to expand...

Not to brag, but myself and probably many others expected that an evolving Legendary Pokémon would happen eventually.

And I’m sure it will happen again at some point, perhaps for a Mythical Pokémon next time. Their Forme-changing shenanigans have become a bit stale.

(Technically speaking, I suppose it already sort of has happened again, since Silvally has been referred to as a Legendary Pokémon by TPC, and it evolves from Type: Null. Although that is a very atypical evolutionary line, for sure.)

I have my own loose theory that the original dragon that split into Reshiram, Zekrom, and Kyurem was, instead of some super-powerful three-dragon hybrid, actually a pre-evolution of the three that evolves somewhat like Nincada. I guess I would like it if BW remakes ran with that idea, but that’s an obvious bias on my part.


Zexy said:
For Dialga/Palkia/Giratina I'd doubt it because in the Sinjoh Ruins in HGSS you could obtain an Egg for them that hatches and they're Level 1. In a way, that's new and unexpected as well as uniqute to them too.
Click to expand...

While that is true, the older Pokémon that received pre-evolutons in Gen 4 went through this situation with no issue.

I don't see the point, but whatever floats their boats.

Nebby works in games that are centered around its growth. I suspect that any other legendary baby would retread that kind of story, or have no story to speak of. Boring.

I doubt they would retcon any older Pokémon to include this, personally, but I feel like they could do t again in the future. Maybe not right away, though.

That said, I do think it would be neat if some obviously connected legendaries were given a shared prevo, kinda like a common ancestor. The ones I could see are palkia and dialga, and possibly even giratina in as well. It could even visually reference arceus as its maker, or "parent," though I wouldn't have it evolve into it.

Some of those deviantart baby legendaries just seem unnecessary though. I don't think small mythicals like celebi, jirachi, and mew need pre-evolutions. Although I would've said the same of manaphy, so I guess nothing is out of the realm of possibility.

I don't think they'll go crazy with pre-evolutions for legendaries. They might give some to Pokemon that are popular or requested enough, such as Baby Lugia which a lot of people would be interested in seeing because of the anime, but I don't think they're going to give every single legendary ever a pre-evolution.

Bolt the Cat said:
I don't think they'll go crazy with pre-evolutions for legendaries. They might give some to Pokemon that are popular or requested enough, such as Baby Lugia which a lot of people would be interested in seeing because of the anime, but I don't think they're going to give every single legendary ever a pre-evolution.
Click to expand...

Giving every single legendary Pokémon pre evolutions would be way too much, so giving some such as Lugia would be perfectly fine.

Oh, man, those prevos are too precious. I'd honestly love to see Regii and Purciple in a Manaphy/Phione deal. (which I think might have been the intent with Regii? Unless I'm misinterpreting the roman numeral two being in its name)

I don't really see most of our legendaries getting prevos. In-universe, they're generally considered the only one of their kind, so it'd be tricky to work in. (unless it was an "Arceus creating egg" type scenario) But I'd love to see the idea explore with future legendaries.
M

in future maybe some, but not over-done or over-doo it when making it.

I would rather want Zygardes forms to be depending on the stages and level of his oponents, you know if it battles a "mega" or poke with 600 BST or more then the last form kicks in, when between 500 and 600 BST then the 3 form, when between 350 and 500 the second(dog)form and cell form under that.

would add also that it could change also the form in battle to the higher form when under 50% of HP then it could not only match it oponent but also surpass it.

Would do only one side effect that it always starts as cell form,
and t it goes last after changing its form in that turn.
Last edited: Oct 21, 2017

Personally, I'm willing to accept more evolving Legendaries, but I'm really not a fan of retconning evolutions in for old ones. Mainly because it'd feel kinda forced and shoehorned in.
Also, as stated above, Legendaries are generally played up as "there is literally one of these things in the entire world", so having younger, baby forms of them would be weird for that. Solgaleo and Lunaala worked since they were heavily implied to be Ultra Beasts, so they're possibly only rare in this world because they'd need to come through a portal. For all we know they could be a fairly common occurrence and not really that special in Ultra Space.
You must log in or register to reply here.
Share:
Facebook Twitter Reddit Pinterest Tumblr WhatsApp Email Link
Top