Looker Sidequest or Delta Episode: Which did you enjoy the most?

In 3 days, ORAS will be out for 2 months (excluding EU, of course). By now, most of us had played through the main story, maybe even multiple times. Just like XY, there's a sidequest you can do when you finish the main story. With that being said, which of the two did you enjoy the most? Since I couldn't sleep last night, I figured I would create this poll to try to kill the boredom.

Delta Episode was good, but only during the hardcore part right at the end when you go into space. Up until that point it's basically backwards and forwards Flying between places doing little random things like "go talk to x, fly back, go talk to y then fly to z, fly back", which I didn't find fun in the slightest and seemed like it was just trying to drag it all out for longer.

Looker episode was ok, but I don't really remember much about it with it being so long ago since I played it.

I imagine that I enjoyed both equally though.
S

Delta Episode, no contest. While the Looker Sidequest was good, the Delta Episode was great. 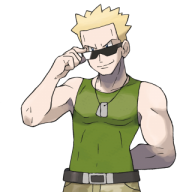 I can't even remember doing the Looker mission. The Delta Episode was exciting minus the goose chase they send you on before you get to the Sky Pillar.

Looker mission, hands down. I love Looker and I adored Emma and Mimi. Zinnia was rude, weird and just all around unlikeable.

But DE was good at the end when you get Rayquaza and fight Deoxys. That felt like something straight out of one of the movies! But until that point, DE was lame. Looker all the way.
G

Delta Episode by far. I absolutely loved it. Even all of the dialogue, haha. It was epic. Plus I love anything to do with space, so naturally I'd be a sucker for it. And...dat Zinnia battle music.
B

The Delta episode was boring to me, you run around and then get an info dump, then you fight some pokemon. And Zinnia is kind of meh to me.

I thought Lookers stuff was a bit more engaging.

I would have liked to have learned more about the Sea Mauville myself, that place gave me all kinds of goosebumps.
P

Looker's sidequest totally wins it for me. I also wish it was a bit longer since it felt a bit too rushed. (Delta Episode was nice though, if I put aside my issues with mega evolution being there and the way Rayquaza mega evolves and the fact it's a mega at all and not primal)

Looker's has more to do, tbh so I prefered that. Delta was pretty eh. 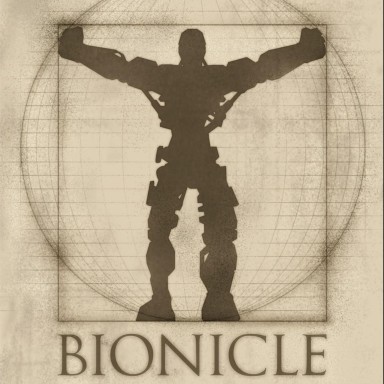 Delta Episode was more exciting and had new music but Looker Bureau had better characters and was more emotional, so it's a toss-up to me.

Looker sidequest, no contest. The delta episode was pretty boring for the most part, only getting interesting when Rayquaza showed up. Only thing I didn't like about the Looker story was how long it was. The actual plot was fine. Also, biggest reason of all, I hate Zinnia with a passion. Emma was tolerable at least.

I'd say the Delta episode. It was just more hype. You had interesting battles, catching Rayquaza, flying to space, and the random encounter with Deoxys. The Looker sidequest was fine, but it was just that: a quest that only took place in Lumiose City. The Delta Episode, as perhaps troublesome as it was to keep flying all over the region, was at least expansive across all of Hoenn and had some sort of real plot that brings insight into the Pokemon franchise as a whole.

I enjoyed the Delta Episode mostly because a) Zinnia's battle theme is honestly one of the best Pokemon themes of all time and b) the story's plot pretty much confirmed my multiverse headcanon was a real possibility. The Looker sidequest was more intriguing than normal, but it mostly involved running this way and that through Lumiose City... and I really don't like that place.
F

While I don't really remember either tbh, I do remember feeling that the Looker sidequest was easier to digest after having to deal with the confusing and very-awful main story of X & Y. I found the Delta Episode, however, to be arguably more confusing than X & Y's main story, which is saying something 'cause I still couldn't really tell you what X & Y were about story-wise even after reading summaries.

So my vote goes to Looker.
G

The Delta Episode was nice, but it also just seemed like a whole lot of nothing merely serving as a vehicle to capture Rayquaza. At least the Looker Bureau expanded on the story of XY as well as Looker. 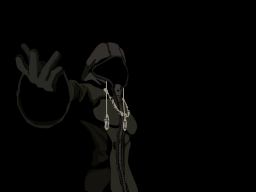 I didn't like both of them, just parts of it. Both of them were fetch quests and that's a nono for me. For me the Looker Quest excelled in premise/characters but lacked "epicness", while the Delta Episode was rushed but had an amazing epic Pokemon ending.

Before the Delta Ep I was curious about Zinnia. I thought she was going to be this epic memorable character like N, but as the Episode progressed I began to dislike Zinnia and in turn the Episode(Luckily the ending made it up). With the Looker Quest, I was invested in Looker's and Emma's story but annoyed with tedious tracking. It didn't help that Lumiose was huge. I was hooked on Essentia's and Emma's obvious connection, the internal machinations of Team Flare and Malva's motives. If they had more time, the Looker Quest could have been an awesome story.

Back to the Delta Ep, I was getting annoyed with Zinnia. I wholeheartedly agreed with her intentions but her condescending attitude and brash behavior rubbed me the wrong way. By the time we get to the Dragonhark altar, I found it hard to sympathize with her. How can I like a character that goes around putting her belief over others, claiming the existence of other worlds(We the players know that, but not the ingame characters) with no evidence and KNOCKS you out for no reason?! Also she wanted to awaken the Super Ancient Pokemon to summon Rayquaza.

She was basically a Maxie/Archie copy, but unlike them she didn't have the time to redeem herself. GameFreak needs to do more with her in the next entries because that lone character was my biggest peeve with the Delta Episode. Zinnia had so much potential, she could have easily become the next N(if not more) but the execution failed her.

On the plus side, her battle theme is AMAZING!

Team Gaara said:
I'd say the Delta episode. It was just more hype. You had interesting battles, catching Rayquaza, flying to space, and the random encounter with Deoxys. The Looker sidequest was fine, but it was just that: a quest that only took place in Lumiose City. The Delta Episode, as perhaps troublesome as it was to keep flying all over the region, was at least expansive across all of Hoenn and had some sort of real plot that brings insight into the Pokemon franchise as a whole.
Click to expand...

Yeah it re-exploring Hoenn was cool, even if I just flew each time making it last about two hours xD

Muur said:
Yeah it re-exploring Hoenn was cool, even if I just flew each time making it last about two hours xD
Click to expand...

It was literally the moment I finished the Delta Episode that I realized I could have soared the whole time instead of going to the PC EVERY TIME.

Muur said:
Yeah it re-exploring Hoenn was cool, even if I just flew each time making it last about two hours xD
Click to expand...

It was literally the moment I finished the Delta Episode that I realized I could have soared the whole time instead of going to the PC EVERY TIME.
Click to expand...

I have Fly just because it's convenient so it was fine for me ;o, I'm sure you enjoyed the time being extended slightly to increase the length of the episode.

1. Re-exploring Hoenn
2. Re-investigating the Team Magma base
3. Another tag battle with Steven
4. Rayquaza
5. DEOXYS
6. Kicking Zinnia for what she did - hard
7. COURTNEY
8. Getting phone calls from Steven
9. Alain reference
10. Dating your neighbor at the end of the episode
11. Being able to battle Wallace with his emerald team
12. Mr. Stone
13. Grandmothers having a thing for Steven
14. Travelling to space
15. Team Magma battles
16. Emerald references
You must log in or register to reply here.
Share:
Facebook Twitter Reddit Pinterest Tumblr WhatsApp Email Link
Top