After going through a Street Fighter binge, and listening to its music I feel that they could have added more songs from that series to Smash. But why stop there? There area lot of songs from other series that could have worked in Smash. So what songs would you have liked to be in Smash? 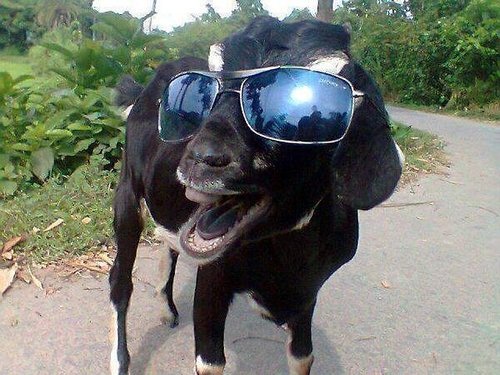 Gladion's theme was trash, the instruments were horrible. bout it

I forgot to mention this one:

Yes, I know that the game was never released (technically), but the song is still in the soundtrack of the final game.

I want to them to add more FF music both from VII and other installments (lol at that though). I definitely agree with your pick of Man with the Machine Gun from VIII and Not Alone from IX, other tracks from the series I'd go for are:

Maybe I'm a Lion - FFVIII
Don't Be Afraid - FFVIII
Only a Plank Between One and Perdition - FFVIII
One Winged Angel - FFVII (yes I know it's hella overrated and it's not even my favorite either, but they did miss an opportunity with this)
Cosmo Canyon - FFVII
Birth of a God - FFVII
JENOVA - FFVII
Final Fantasy IV Main Theme - FFIV
Golbez, Clad in Dark - FFIV
MYSTIC RE-QUEST I & II - FF Mystic Quest
Hill of Destiny - FF Mystic Quest
Rock 'n' Roll - FF Mystic Quest
Battle to the Death - FFVI
Searching for Friends - FFVI
Terra's Theme - FFVI
YuRiPa, Fight! No.3 - FFX-2
Apocalypsis Noctis - FFXV
From Pokemon I'm fine with what we've got, but to add a few more then:

Sincerely, I didn't include One-Winged Angel because that song traumatized me in Theatrhythm. Seriously, at least Crazy Chocobo was short...

I wanted a Mega Man Battle Network song. If if recall, Sakurai said 3rd party music costs money, but even so. Couldn't they cut a couple of the robot master stages?

For Mario or rather the RPGs, I would've much preferred Paper Jam and Dream Team's boss themes over the regular battle themes. Throw in Bowser's Castle from Superstar Saga and some pre Sticker Star Paper Mario songs.

for dragon quest: the overture, great battle in the vast sky, the time of the decisive battle, pyramids, unknown world, a lonely youth, the observatory, orgodemir, the dragonlord, ramia's theme, and the orchestrated versions of the songs we already got.

for metal gear: rules of nature, theme of the patriots, and senator armstrong's theme.

for xenoblade: battle in the skies above, drifting soul, uncontrollable, zanza the divine, beyond despair and hope, the power of jin, and deathmatch with torna.

for pac man: anything from world 2.

for persona: never more, the original I'll face myself, burn my dread, anything from arena, dance!, wiping all out, backside of the TV, backside of the TV lotus juice remix, a new world fool, master of shadow, master of tatarous, shin mitsuo tensei, your affection, itawordi dorm, heaven, the whims of fate, and the fog.

for fire emblem: expedition, holy war, a song for bygone days, a battle and a beginning, truth despair and hope, determination, beneath a new light: roy's courage, the long road, a dark fall, alight, end of all, what lies at the end, the sacrifice and the saint, and dark emperor hardin.

for kirby: studying the factory, mind in a PROGRAM, sullied grace, the greatest warrior in the galaxy, the masked king, the original 02 battle, returning to dreamland, fountain of dreams (nightmarein dream land), dyna blade's theme, and darkness returns.

I didn't know Akuma's Theme was missing, but I didn't include Yun and Yang's theme considering that there might be issues there (although maybe Capcom fixed them).

So, a few themes they could have added to Smash:

You know, seeing my extensive list of songs from my last post just makes me wanna add more

but the problem is I want songs from other franchises by the third parties, like get over it from yakuza kiwami, battle b2 from shin megami tensei IV,and daredevil from ace combat 7: skies unknown.
As for actual ones: It seems I missed I am all of me in the sonic section and god shattering star from the FE section last time.
Last edited: Nov 26, 2020

ReturnofMCH said:
but the problem is I want songs from other franchises by the third parties, like get over it from yakuza kiwami, battle b2 from shin megami tensei IV,and daredevil from ace combat 7: skies unknown.
Click to expand...

Well, after what happened with Sans and Cuphead, I can see DLC being used as a workaround for that. Or in the case of SMT, if there's a Smash 6 and Joker comes back, they could use them for a new SMT/Persona stage. 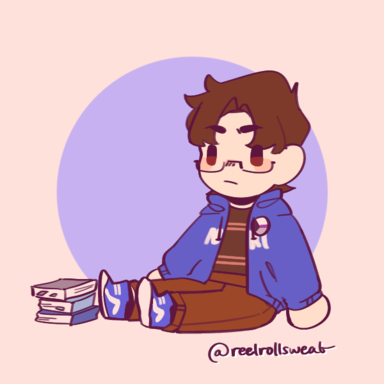 Captain Hawlucha said:
If if recall, Sakurai said 3rd party music costs money, but even so. Couldn't they cut a couple of the robot master stages?
Click to expand...

For me it's the total lack of XenoBlade Chronicles X and Hyrule Warriors music, like seriously no love for Zelda's biggest spin-off? Nor from the best game that was on the Wii U? Though for the former they would probably have to get some royalties from Hiroyuki Sawano which considering how big of a composer he is outside of the video game industry, yeah, I can kinda see why.

I'm gonna hold off on more XenoBlade Chronicles 2 just in case Rex & Pyra are added to the roster as DLC, which I'm still hoping for so much.

Ryoma Maser said:
I'm gonna hold off on more XenoBlade Chronicles 2 just in case Rex & Pyra are added to the roster as DLC, which I'm still hoping for so much.
Click to expand...

After what happened with Min Min, this is likely.

Ryoma Maser said:
For me it's the total lack of XenoBlade Chronicles X and Hyrule Warriors music, like seriously no love for Zelda's biggest spin-off?
Click to expand...

Why do you think I included songs from it on my list of LoZ? (granted it’s only 2 songs but it’s a start)

I just thought of a few more:

Octarmaments [Splatoon 2] (Original) Unlike Octoweaponry, this one is based on when the Octarian boss is in its final phase rather than the first phase like what Octoweaponry used.

Going through my post again I forgot to put in a few tracks from my second favorite FF game, Type-0, so to fix that:

Tempus Bellum
We Have Arrived
Divine Fire
Horror of the Abyss
War: Warrior Worth a Thousand
Show of Power
War: The White Weapon (<-- this one is especially my favorite)
And some more miscellaneous tracks that most likely won't make it in but is a nice fantasy of mine:

(yes I admit I want more of my favorite obscure game OST's (and characters) in but I know that won't happen; especially with my last four choices being from visual novels, specifically otomes, that's gonna be near impossible)

you know in hindsight, glad we all included final fantasy in one way or another.

Not my opinion, but one of someone I know: Birth of a God is missing from Sephiroth's pack.

with king of fighters 15 trailer due in one and a half hours, I thought I should add to the SNK list 50 songs isn't enough

namely goodbye esaka from KoF 2000, and ANYTHING from garou mark of the wolves, why nothing from that got in is beyond me.
maybe the tekken 7 remix of soy sauce for geese and the cyber edit of a kiss for geese from art of fighting 2, because you can't ever have enough geese howard when he's the face of SNK boss syndrome.
You must log in or register to reply here.
Share:
Facebook Twitter Reddit Pinterest Tumblr WhatsApp Email Link
Top