Note: The outcomes in this fanfic are entirely hypothetical and have in no way been tested by me, nor do I encourage anyone to test them.

(Unless you actually are the MythBusters)

Adam: Attention viewers-do not try anything you are about to see at home.

Jamie: We’re what you call experts.

Announcer: On this bust-‘em-all episode of MythBusters-Can a bird ground a hot-air balloon-and survive to fly again?

Announcer: Meanwhile, Kari, Grant, and Tory test a shocking myth: Can a sudden jolt of electricity destroy a bicycle in seconds?

Announcer (Continued): Who are the MythBusters? Adam Savage.

Adam: There are a lot of unknowns here.

Jamie: Through this electrode.

Announcer: Between them over thirty years of special effects experience. Joining them-Kari Byron.

Kari: You just totally jinxed us!

Tory: I see injuries in my future.

Announcer: They don’t just tell the myths-they put them to the test!

Jamie: So what’s our myth?

Adam: Well, the myth is that a bird, flying at top speed, can fly through a balloon, tearing a hole and causing it to float back down to Earth.

Jamie: Is that it?

Adam: Actually, no-it goes even further. Apparently, not only does the bird make a hole through both sides of the balloon, but it also comes out on the other end relatively unharmed and can still fly back to its owner.

Jamie: Sounds like we’ll need to bring back the chicken gun.

Adam: Yes, but there are some other variables we need to consider.

Adam: Well, our research indicates that this has been done with varying sizes of birds flying at various speeds. I think we should start out by figuring out how much force and mass it takes to break through two layers of hot-air balloon material.

Jamie: Sound good to me.

Announcer: So that’s the myth.

(An animated sequence begins. Adam and Jamie are standing with Adam holding a dog and Jamie with a bird on his shoulder. Suddenly, Kari, Grant, and Tory appear and grab Adam’s dog and hop into a hot-air balloon shaped like Grant’s head)

Announcer: If a team of ner-do-wells kidnapped your prized pet and try to make a getaway in a hot-air balloon, you can send your trained bird-no, we didn’t make this up-to tear a hole in the balloon and send it back down.

(Jamie’s bird flies through the balloon, punching a hole and causing the balloon to fall)

Announcer: Amazingly, even after this kamikaze attack, the bird emerges on the other side safe enough to fly back to its owner.

(Jamie’s bird flies back, and Adam catches the dog as it falls)

Announcer: So while Adam and Jamie take care of things up above, Kari, Tory, and Grant are getting ready to hit the trail.

(Tory, Grant, and Kari are standing around about to explain a myth)

Grant: So, what’s the deal with this one?

Kari: Apparently, if you zap a bike with electricity from an animal equal to a bolt of lightning, you can actually destroy the bike, twisting the metal and rendering it unusable in a matter of seconds.

Tory (in disbelief): A bolt of lightning? What kind of animal can do that?

Grant: Somehow I doubt we’ll be able to get one of those. Sounds like a good myth, though, so why don’t we start with the amount of current a real animal can put out, and if that’s not enough, we’ll turn up the voltage.

Tory: As long as I don’t have to be on the bike, that sounds great to me!

(Cut to scene of Adam and Jamie)

Adam: Jamie, we’ve done tons of myths on this show.

Adam: Well, the network is making a music video and they need us to pick out one hundred fifty.

Adam: I know, and kinda familiar.

Note: The following parody is extremely difficult to perform while listening to the original song, and should only be attemted by rap professionals.

We put them to the test,
Yes every one,
You know we won’t rest
Yeah we’re not done

We like to blow stuff up,
Set them on fire
We’ll get to the truth
No matter what’s required!

At least one hundred and fifty, or more to see,
To be a MythBusters fanboy is my destiny!

Woo! We’re at the halfway point! What are you doing?
Hey, what’s this? (Crash)
Break time’s over-here we go!

At least one hundred and fifty, or more to see,
To be a MythBusters junkie is my destiny!

This is one of the coolest things I have seen on bulbagarden...I love the mythbusters

Glad to hear it. I'm actually hoping for some input on how you guys think the myths should be tested and what the outcomes should be. 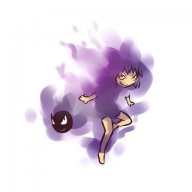 Hahaha! This is excellent!

It sounds like you already have a pretty good idea of how to test the hot air balloon one but as for the bicycle one, perhaps they could just shock it with increasing amounts of electricity until the desired effect is reached. Perhaps they'd have to put it on top of a flagpole during a thunderstorm or something?
T

Awesome! I grinned a lot while reading this

It sounds like you already have a pretty good idea of how to test the hot air balloon one but as for the bicycle one, perhaps they could just shock it with increasing amounts of electricity until the desired effect is reached. Perhaps they'd have to put it on top of a flagpole during a thunderstorm or something?
Click to expand...

Thhe MythBusters have some resources for electrictiy. I was planning on them winding up at that lightning lab (see the metal cleats myth).

What about seeing if a Drapion (Krookodile) can really turn a car into scrap metal?