Does anyone want to see new Evolutions for Eevee with new types,or has Eevee gone too far already?Please share your thoughts.
Last edited by a moderator: Jun 5, 2010
F

I want a dragon one
G

I don't, personally, as I find pretty much all the eeveelutions boring, bar Vaporeon. The fewer generic quadrapedal pokemon on the scene, the more spaces for more imaginative creatures, I say.
P

I could see steel or dragon, but I can't imagine them taking Eevee and turning it into a bug or part of the ground.
B

I thing in this generation we won´t have any Eeveelution.
S

New ones would be nice... I would like to see Steel and Flying, personally. 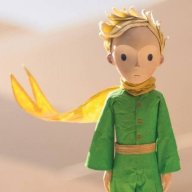 I want a Flying Eeveelution. A pure one, too. 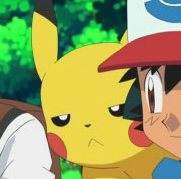 I like the Eeveelutions, but I really don't want to get to the point where there's 10 different convoluted ways to evolve Eevee into a different evolution that corresponds to each type. They were already kind of pushing it with Glaceon/Leafeon's "Ice Rock" and "Moss Rock" crap in Generation IV. Plus, the fact that every Eeveelution will have the same crappy stat distribution doesn't help, either, and Glaceon already felt a little forced because they ran out of stats for it to specialize in so it shares having Special Attack as its best stat with Espeon.

A lot of the Eeveelutions have the same problems. Shallow movepools. Little use outside of Baton Pass or Wish. Crappy stat distribution in which three of the stats are guaranteed to be in the base 60s. They've stretched the idea a little too thin at this point. I would like ONE more Eeveelution to be introduced. Give us a Dragon-type Eevee for two reasons: 1) it would finish the scheme of the Eeveelutions being the former Special types; 2) Make it the antithesis of Umbreon and put its three good stats in Speed, Attack and Special Attack. Sweeper Eevee. They amazingly haven't done a purely-offensive Eevee and it's one of the few new ideas that could be implemented. 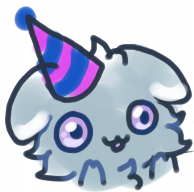 I want to see a Dragon one, a Ghost one and a Poison one. I can imagine a Ghost eeveelution, and in my mind? It's badass.
H

Dragon Eevee to complete the Special cycle, and if they really want to they can start the Physical cycle using a different set of stats and a better movepool so that we aren't stuck with the same 65/65/60/130/whatever stats.

Start with pure Flying. Give it Roost for shits and giggles.

Alternatively, Dragon-type Eevee and end it there. Although if they had really wanted to finish off the Eevees, it would have been better to put it in the Gen IV dex. So it could go either way. 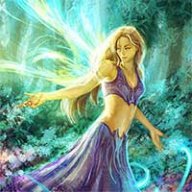 Dear heavenly Jesus~! I want a simple normal frickin Eeveelution soooooo bad it isn't funny. And then Ghost, Dragon, Flying, and Steel Eeveelutions would just be awesome to have.
C

Ghost if anything, but to be honest, unless they can look as good as Espeon or Umbreon, no new eeveelutions.
0

I would like to see a ghost one
D


Phoenicks said:
I could see steel or dragon, but I can't imagine them taking Eevee and turning it into a bug or part of the ground.
Click to expand...

That actually could be a Sandshrew type Eevee.
T

I WANT to see them all, but Dragon is the most likely.
A