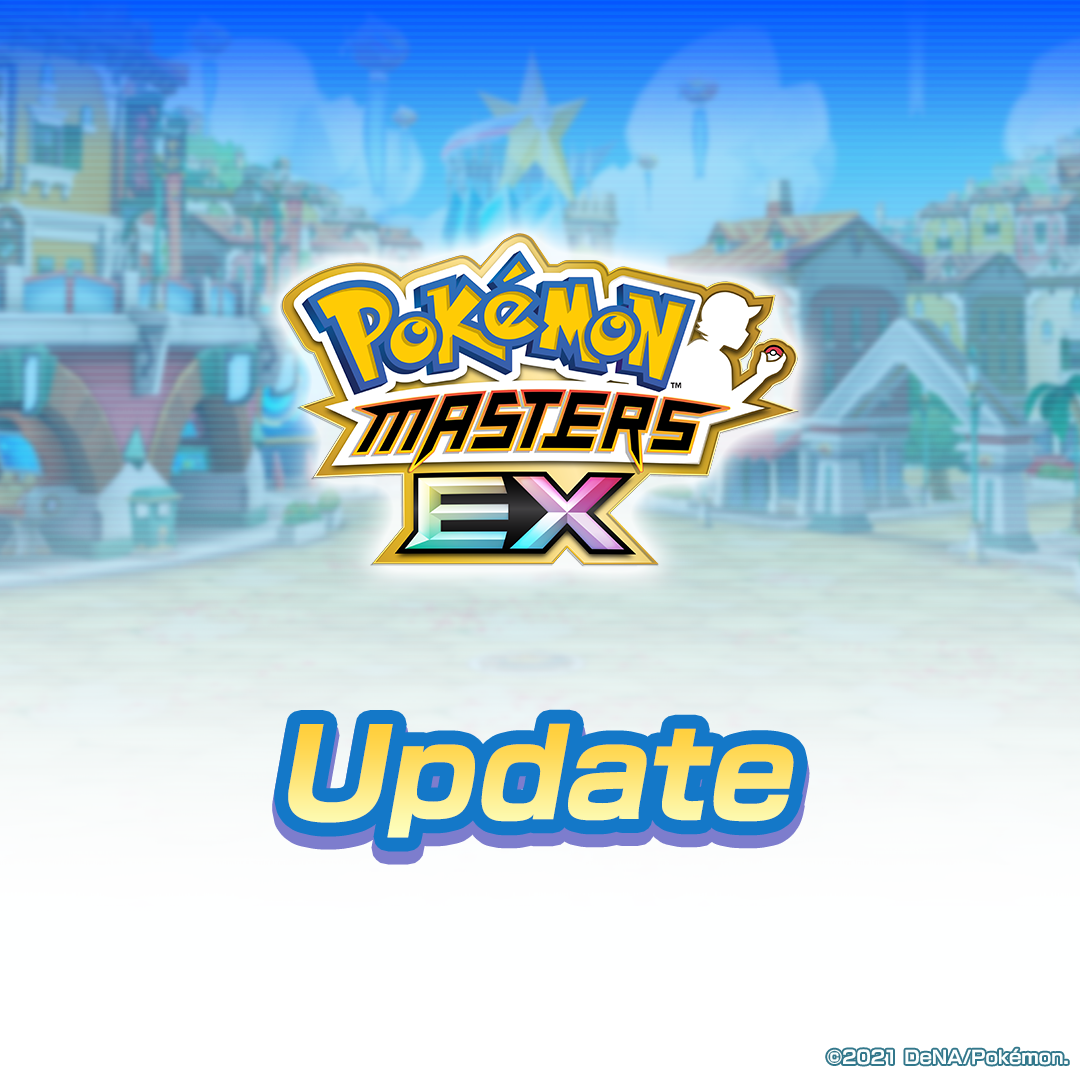 A new version of the Pokémon Masters EX game, ver. 2.15.0, is now available for download, bringing with it several new features and quality of life changes, including Eggstreme Pass, the new Hall Skip feature, and the addition of Legendary Adventures to the Main Story menu. The producers of Pokémon Masters EX have also revealed details on several new components to the game in their monthly message to players, along with information about upcoming Sync Pairs.

Purchasing this pass costs 500 paid Gems. The pass can be accessed through the Purchase Bundles section of the Eggs menu on the Shop screen or from Bellis's Lab. Players cannot have more than one pass at a time, with new passes able to be purchased after the current one expires.

Players who have already completed the event and received all of the rewards can exchange the rewards for 5★ Power-Ups and other items, just like with legendary events that have returned up to now.

To participate in Legendary Adventures, players must have completed Main Story Chapter 1: The More the Merrier (Normal) in single-player.

When using their physical Steel-type Move Metal Burst, Bisharp takes up a counterattacking posture, allowing them to deal damage based on the amount of damage they take when in the counterattacking posture. Grimsley's Gambit Passive Skills are designed to force opponents to attack the pair for a short time after a successful Metal Burst. In addition, after the sync pair successfully attacks with Metal Burst, Grimsley’s Gambit will return their lowered stats to normal and raise their evasiveness by six stat ranks.

Another new event will start in late November that also features a new Sync Pair. Two trainers, one male and one female, will also be appearing as sync pairs in seasonal outfits starting December 15, 2021.

Paulo Interlude:
A Paulo Interlude event is now available, which is an additional story snippet focused on Paulo. In order to play this new story, players must have completed all parts of the Kanto chapter on Normal difficulty. Further Paulo interludes will be added between Main Story chapters.

Sync Pair Voice Actor Names:
When both the Game Text Language and Trainer Voice-Over Language settings are set to Japanese, the Sync Pair viewing feature will now display the names of the Trainers' Japanese voice actors.

Upcoming Updates:
A Villain Event Prelude will be held in late December in anticipation of the next chapter for the Villain Arc, scheduled to launch in mid-January of next year.

A new high-difficulty event called the Legendary Gauntlet is also scheduled to begin in mid-January next year, in which players take on multiple challenging Legendary Arena battles to see how many times they can win in a row. Completing this event will let players get a special reward, a new kind of Lucky Cookie. Using these new Lucky Cookies will let players learn various Lucky Skills, including new Lucky Skills that will be introduced to coincide with this event.

The next message from the producers is scheduled for late December, which they plan to share information about new Sync Pairs, the Legendary Gauntlet, and an update related to the game's background music.