On September 29, 2020, the Official Pokémon YouTube channel premiered a video showcasing various new features coming in the Crown Tundra expansion of the Pokémon Sword and Pokémon Shield games. As was announced earlier, the Crown Tundra, like its predecessor, the Isle of Armor, will be introducing 100 more Pokémon not in the original version into the game, including many Legendary Pokémon from previous installments (while some legendary Pokémon, such as Mewtwo, Reshiram, Zekrom, Solgaleo, and Lunala, were already coded into the game from the start, they needed to be transferred from past games in order to be available in Sword and Shield). Articuno, Zapdos, and Moltres are even set to receive regional variants.

At the Crown Tundra, the player will meet Peony, who will place them in charge of his team as his expedition chief. In a mode called Dynamax Adventures, the player can explore caves with teams of other players using rental Pokémon to encounter and catch Legendary Pokémon lurking within. After completing both the Isle of Armor and Crown Tundra campaigns, the player can compete in the Galarian Star Tournament, where they can team up with and compete against many characters encountered throughout the game, including the expansions. The Crown Tundra is set to release later this month on October 22. A bundled re-release of Pokémon Sword and Pokémon Shield containing both the base game and their respective expansion passes on a single cartridge is also set to release on November 6.

To celebrate the release of the Crown Tundra Expansion, Pikachu wearing Ash's hats, like those obtainable from an event previously held for Pokémon Sun and Pokémon Moon, will become available through passcodes released throughout the month. A Pikachu wearing Ash's hat in the latest season, Pokémon Journeys, will also be made available alongside those previously released in Sun and Moon. The password for Original Cap Pikachu is P1KACHUGET.

Alongside the new expansion, Pokémon GO is set to gain direct compatibility with Pokémon HOME by the end of 2020. While Generation I Pokémon from GO could previously be brought to HOME through Pokémon Let's Go, Pikachu! or Let's Go, Eevee! (this is currently the only way to obtain Meltan and Melmetal in Sword and Shield), this new update will allow Pokémon GO to directly link with Pokémon HOME. Transferring from GO to HOME for the first time will gift the player with a Melmetal that is capable of Gigantamaxing in Sword and Shield, and all transfers will also add a charge to the Mystery Box that could be obtained from linking GO to Let's Go, Pikachu! or Let's Go, Eevee! Note, however, that certain special Pokémon cannot be taken outside of GO, and Pokémon taken out of GO cannot be returned. In order to bring certain Pokémon from GO to Sword or Shield, they will have already needed to have been obtained at least once in the latter title.

To conclude the announcement, a music video made as a collaboration between The Pokémon Company and the popular Japanese rock band Bump of Chicken called Gotcha! and featuring the song Acacia is presented, featuring various characters and Pokémon from the core series titles. The video is available alongside the update video, and on its own on the official Pokémon channel.
Click to expand... 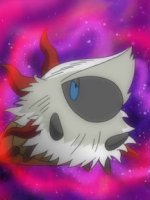 A fuzzy fire-breathing caterpillar.
I am an editor of Bulbagarden, becoming a staff member in the Bulbanews department on July 28, 2020. Outside of Bulbagarden, I run a YouTube channel also named Blazing Larvesta, and I am currently writing a Pokémon fanfiction titled Pokémon: Legacy of the Valiant.

Pokémon Sword and Shield's final Ranked Battles Season has begun, to continue indefinately until service ends for the games

Ranked Battles Season 35 has begun in Pokémon Sword and Shield