Since Generation 2, there have been Move Tutors in at least the second games within the same Generation. Since then, in every new game, we are guaranteed to get Move Tutors, and I am sure Ultra Sun and Ultra Moon is no exception.

The situation that happened in Omega Ruby and Alpha Sapphire is comparatively a disappointment, since in that game, the same Move Tutors as Generation 5 were used, with the addition of less significant ones used as Generation 3 TMs (Water Pulse and Shock Wave are the most significant additions). Here's hoping that we have more meaningful Move Tutors this time, including Generation 6 moves!

I feel that certain moves are due for a wider distribution, such as Parabolic Charge, Dragon Hammer and Powder. Certain signature moves could even be more widely distributed, such as Forest's Curse and Trick or Treat, to better utilise their potential (yes I can see the flaw here, which is the powerful Z version of those move). It would be interesting to see what moves get more widely distributed this time.

It'd be surprising if they didn't have some good move tutors in Alola. I mean, the professor of that region specifically studies pokemon moves! It's be totally out of place for them to not have something like this in Alola... just hopefully not blocked behind the path to the Battle Tree of Doom.

I say this everytime and it never happens, but hopefully we'll get the return of Sucker Punch. Sucker Punch Pangoro and Krookodile have so much potential I want to see them be a thing. Also so I can finally have a Shiftry without going back to Gen IV to breed one.

I might post some more later, but Sucker Punch is a big one I want to see.

Move tutors are like the number one thing that would make me for SURE buy this game. Some new moves for tutoring would be really nice, but even just the ones from oras would suffice.

Personally, I'd like to see some former Gen I and Gen VI TMs become Move Tutor moves, especially since Dig is no longer a TM in these games for some reason. Just imagine betting Bide as a Move Tutor, or maybe Fissure?

On a different note, I would love to see Powder become a Move Tutor just to see how it would wreck the meta game!

Zeb said:
I say this everytime and it never happens, but hopefully we'll get the return of Sucker Punch. Sucker Punch Pangoro and Krookodile have so much potential I want to see them be a thing. Also so I can finally have a Shiftry without going back to Gen IV to breed one.

They should probably just give it Accelerock tbh.

Though the Midnight form is likely going to get access to more moves than the Midday one from move tutors, since bipeds tend to have wider choices available to them than quadrupeds. Things like Dynamic Punch, Fire Punch, Thunder Punch, Knock Off maybe.

Ok. Look. Gen 5 and 6 didn’t fix this issue!
Kyurem Black lacks a good physical Ice Move!
GF, just allow Kyurem to learn Ice Punch. It can punch with those ice claws in normal and with it’s normal hands when fused!

But for a new move, I gotta say, Purify gotta be up there. I know Z-Purify is too good, but imagine the cleric roles in doubles with this move!
I also want Power Trip to be a tutor move, and for sure, no wammies, Flying Press. Imagine the mixup game here!

I'd love move tutors to come back Some of the egg moves should be tutored.

Kyriaki said:
I'd love move tutors to come back Some of the egg moves should be tutored.
Click to expand...

I found it rather stupid that Incineroar cannot learn Sucker Punch, of all things. Heck, Decidueye was given the move and not the heel Pokemon itself?!

B2W2 and ORAS updated movesets outsite move tutors, too, so hopefully it's ok if I just mention some movepool additions I'd like to see. (I already mentioned Decidueye and Incineroar in that specific thread, so I won't repeat them.)


PkmnTrainerV said:
I found it rather stupid that Incineroar cannot learn Sucker Punch, of all things. Heck, Decidueye was given the move and not the heel Pokemon itself?!
Click to expand...

Well it's called Surprise Attack in Japanese, so the name arguably fits a stealthy forest hunter like Decidueye more than a heel wrestler. But I agree that Incineroar should learn it too, so I don't suppose it matters.
Last edited: Jun 20, 2017

I'd love to see a variant of the ORAS move tutors if they're coming back. I'd like to use a Beast Ball Metagross because they have similar colors (yellow X across the bluish body) but unfortunately Metagross can't learn Ice Punch in Gen 7 for some reason.

And I'd rather have them use BP than shards... shards are for bottle caps.

I would love to see both "advanced" Move Tutors and updated movepools in USUM, though the Move Tutors are probably the most likely of the two. And I pray that the Move Tutors aren't locked away as post-game content. I would love it if they were scattered about the region like Platinum and have a wide variety of moves. Especially since we've lost some powerful/useful moves in the TM department, such as Dig and Power-Up Punch (though I do understand why the latter was removed, mainly thanks to M-Kanga). And like Kyriaki said, it would be better if they cost BP over Shards, since BP can be harvested a bit more easily (thanks to having 2 facilities and Poke Bank) and Shards are now best suited for bottle cap collecting. I won't list my wishes and thoughts for Move Tutor moves, since that'll take all day, but my biggest wish is that they can be accessed anytime before post-game, otherwise it'll be a wasted property yet again. 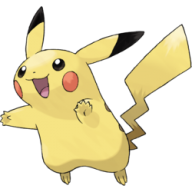 I don't mind if we don't get move tutors. They weren't a big deal in the games. 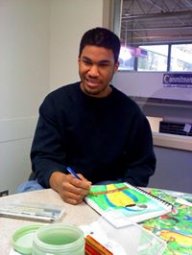 Some new Move Tutor moves I would personally like to see are:

B2W2's move tutors were pretty great at the time, so if they use those as a basis again I'm ok with that.