Dr_Robotnik said:
So, maybe these will be labelled as DSi?
Click to expand...

But the game or games are already being labeled as DS game(s) on the official web site. Besides, Nintendo seem to have dropped the idea of DSi-exclusive games.
T

Remember what I've said a million times? August 6, 2010 is when Gen IV passes Gen III in length. Game Freak can't put Gen V off until next September when the DS2 is out. In fact, I'd bet more than likely the DS2 is fully compatible with DS software, like the GBA was with GB and GBC software (more comparable to the GBC with GB software, of course). Any DS2-exclusive stuff can be handled by Gen V's third version or the remakes of Ruby and Sapphire that HGSS has caused speculation of. They haven't pushed the DS as far as it can go at all. 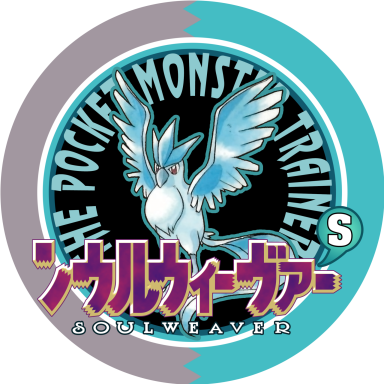 Now, this is quite interesting (and if you ask me, rather unexpected). So, we got two games waiting for JP release (Ranger 3 and this) and three for intl. release (HG, SS, PokéPark Wii)... At least they're making games
D

Ryuutakesh! said:
I realize that, but even so, tracks of light and HGSS had website and info, even videos, almost immediatley. So why is it that this game, which is also being released less than a year, has nothing?
Click to expand...

There is no website, info or videos because those will follow the reveals in Pokemon Sunday and CoroCoro.

At the very least, Pokemon Sunday. Nintendo isn't going to pre-empt their own weekly Pokemon sales pitch. Expect plenty more over the next couple of weeks.

Good point. I can wait a couple days.

I;m curious as to what it is.
T

Well a Spinoff would be unprecedented in this case, because Game Freak has yet to develop a Pokemon game outside of the main series and its remakes.

Can I get an encore?

Not really a whole lot to say on this topic until we hear more details.


Thingamajig257 said:
Well a Spinoff would be unprecedented in this case, because Game Freak has yet to develop a Pokemon game outside of the main series and its remakes.
Click to expand...

Oh yes I forgot, none of those spin-offs were actually made by GameFreak themselves.


TTEchidna said:
Game Freak can't put Gen V off until next September when the DS2 is out.
Click to expand...

Of course they can. They made us wait three years for the remakes just for the anniversary, and they no doubt could have released Platinum in 2007 rather than in 2008. It is only now that they would appear to be in a rush to get things done in a timely manner, even though it is perfectly reasonable to wait until better options become available. If anything, this is the first time when a prolonged wait wouldn't really be stalling for the sake of stalling.


TTEchidna said:
Any DS2-exclusive stuff can be handled by Gen V's third version or the remakes of Ruby and Sapphire that HGSS has caused speculation of.
Click to expand...

This is exciting, although I can't see them unveiling a new generation yet I sure hope they are :>
D

New Pokemon are confirmed - thus, by even that merest definition, this is a new Generation. I'm not really sure why so many people are hedging their bets over it just because of the announcement --> release window. You'd think they hadn't seen a pretty obvious pattern emerging from almost all Nintendo's releases for the past 2-3 years.
D

Kotaku's translation is a pretty good one if only because of who reported it (Ashcraft is an American ex-pat living in Japan) (also his article has a kickass photo for art ):

The Pokémon Company has released an official announcement that it is currently developing an entirely new Pokémon series.

Recent releases like HeartGold/SoulSilver or the Mystery Dungeon Games have either been remakes or installments in long-running titles.

The "entirely new" Pokémon series is scheduled to be released on the Nintendo DS this year in Japan.
Click to expand...

Edit: There was a post before me. I swear, officer.
P

...does this mean that a Gen V poké will be tradable from Ranger 3?
P

quoted for truth, I wouldn't even have a GB if it weren't for Pokemon....

Think this has something to do with the Lock Capsule?
D

Doofenshmirtz said:
...does this mean that a Gen V poké will be tradable from Ranger 3?
Click to expand...

It opens the possibility, at least. Though I wouldn't consider it too likely as it'd be a fair bit of a gap between releases, and thus a bit hard to co-ordinate cross-promotion.
1

What if the games are playable on the DS, but get more features or something on the DSi? Y'know, boost sales, since if it's got Pokemon on it, it'll sell
S


Dr_Robotnik said:
So, maybe these will be labelled as DSi?
Click to expand...

^That, and I don't believe this "one generation per platform" thing was ever officially stated as a business plan for Game Freak anyway, rather being the fans' take on the matter. However, it's quite easy that we have just been looking at it wrong the whole time and what mattered to Game Freak was not the platform, but rather the amount of time between generations. Looking at it that way, and comparing how long the DP generation has lasted compared to the other generations, it would make sense for the next generation to be released about now if that's the case.

Combine this with other possible factors on top of it, like the lifespan of the DS, which has been a successful platform for Nintendo, which they've even just recently come out with yet another model of (the DSi LL/XL), which suggests that they are indeed trying to keep the platform around even longer, especially if they learned something from the GameBoy Micro (which... I'm pretty sure they have. Nintendo isn't full of idiots and as they are a business, they wouldn't want to make a mistake like that again if they could).

On top of that, look at the Pokemon anime. A common question concerning it was what the heck is up with this huge gap between Snowpoint and Sunnyshore (and as a result it not looking like Sinnoh will be over until anytime before summer at least). The anime getting word of the 5th gen coming in around the fall of this year when they were producing those intermediate episodes would explain that. Hearing things would be coming up that quick, they debated between whether it would be a good idea to blaze through the rest of Sinnoh and do a quickie Battle Frontier arc or just hold out Sinnoh until the 5th gen comes. Feeling that although lagging through Sinnoh wouldn't be the best possible thing that could happen, it definitely beats rushed development for the rest of Sinnoh and a short frontier arc (if it was short, they wouldn't have time to properly market the saga, and thus it wouldn't be worth it), and thus they went for the one long arc over two short ones, in order to fill up that gap of time.

Beyond that, what are the other possibilities? Crystal remake? Why then would they have bothered putting Eusine in HG/SS at all if that were the case? He wasn't in the original G/S, and they didn't need him. Doing so would only make them needlessly think of something new to make Crystal stand out again, which wouldn't be needed if they just stuck with Eusine. The only way his presence in HG/SS makes sense is if Game Freak had absolutely no plans whatsoever to actually remake Crystal itself, and thus stuck him and some other features from Crystal in there to make up for the fact.

There's also the fact of the upcoming Pokemon Movie: Phantom Champion Z. The interesting thing about this movie is of course it's title, which some fans have interpreted as possibly referring to a new Pokemon, especially since that unannounced merchandise showed up. However, the title is interesting in more ways than that. It bears a striking resemblance to the original title of a certain other movie: movie 2. Before Lugia was revealed, it was also called something akin to "Phantom Champion" in the title. If this isn't just a coincidence, and it is indeed an advertisement for a legendary from Gen 5 as it seems to be, then Gen 5 will be getting plenty of hype from that movie alone (and since CoroCoro is going to be revealing what Phantom Champion Z is next month, if it is a Gen 5 Pokemon, that would add on several more months of hype for the games, which is plenty enough, especially with Nintendo's more recent business model of trying to cut down on the promotion a bit and only announcing games closer to their release time).

I suppose one could try saying that it's a replacement for Crystal, or rather a new addition to the GS saga instead. But again, they already had Crystal to work with, and a Crystal remake would have been a surefire seller. If they were truly interested in going that route, they would have just remade Crystal. But as said above, if they were going to do that, they wouldn't have placed the defining differences of Crystal into HG/SS.

Other than that, since this is Game Freak, there's really only the possibility of Gen 3 remakes left. This is an actual realistic possibility. However, that would put Game Freak into a bit of a crunch in Gen 5, as that would force them to remake DP then, which would be way too soon for that. Having Gen 3 remakes in Gen 5 would keep the pacing nice, with an appropriately aged generation getting remade in the successive generations, and not leave them with something as new as DP getting remade. Plus, there have been numerous events for the majority of the RS legends in DP already, such as the Regi trio, Jirachi, and even Deoxys. The Titan trios themselves were made catchable in HG/SS, along with the Lati twins. All things considered, it's just too soon for RS remakes right now.

Putting all of these pieces together, the 5th gen is looking like the most likely outcome to me right now (although, I must say, even I didn't expect it this soon: I expected it next fall at the earliest. Still, I can't make else out of this, so that's what I going with for now).

Huh... well that proves it then. Interesting. This Saturday will be quite the spectacle.
P