At the gates of the located in the center of Nocturne, was a large courtyard filled with a variety of large buildings. This Courtyard could of easily rivaled Central Park in New York City in terms of size.

Here students were registering for room assignments, and to be given tours of the campus and city proper.

Drew Alexandrite was meanwhile trying to avoid getting lost in the shuffle. He had gotten lost on his way to the school from the Prof. Frakenstein's office, and he finally managed to make it there in one piece. He carried a 2 bags, one of which consisted of his small selection of clothes, and the other a few books and toiletries.

After registering with a clerk at a table that was set up by the front of the gate, he sat down at a nearby fountain.The fountain depicted a swan that sprayed water from its mouth.

Drew was nervous about meeting new people, but tried to keep himself together.

Meanwhile, without being noticed by Drew. A girl who wore her hair into long twintails with black ribbons sat at a bench a distance away. She had pale white skin and large red doll like eyes. She smiled wryly while gazing upon Drew. Looking slightly nostalgic, but also a little melancholy. 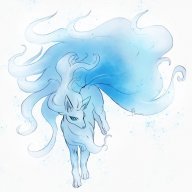 Rose had been walking around campus for a bit, checking out the environment of which the academy was located. She could smell the vampires in the area, and merely frowned. She pushed a lock of her blonde hair back and tucked behind her ear. She didn't care for the scent of vampires even though she was a day walker. Her brown eyes scanned the area before walking closer to the building. The courtyard was quite large, so she could only imagine how large the building itself was. Holding onto her luggage, she began to go inside.

"Okay, thank you very much. I hope to see you in class," Lucian said to a teacher preparing for their lesson plans. Being a TA was a time-consuming job, especially in a school this... rowdy.

Still, he had been in the staff room crafting a number of lesson plans for the teachers of each class. Sighing a bit, he filled the folders full of papers before taking to the hallways.

He was sure that this year would be rather great.

"Boy, I missed this place," Myn said, stretching as she walked out into the courtyard. "Smells like teen spirit out here. And... smoke. Who the hell's smoking?" She looked around, finding different groups of kids.

"Oi, who's got that doobie?!" She yelled, getting the attention of a few others. 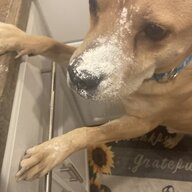 Adrian excitedly wandered around the campus, a surprisingly small amount of luggage with him. That luggage being one leather like backpack on his back, and a duffel bag over his shoulder. He was good with just the simple stuff being that was how he grew up. Of course growing up had it's problems more for others than him. To him everything was new and interesting and unknown as opposed to everyone else knowing the normal stuff. And at this moment he was so excited that he wasn't watching where he was walking and ended up bumping right into a blonde woman. "I'm sorry. I wasn't looking where I was going," he of course told her immediately, voice laced with a thick romanian accent.

Sphisco looked at all the creatures and humans in the courtyard. He could smell all the different scents as well. It certainly was interesting to him. So many different species, so many different tastes. Which rather than immediately go to his room and whatnot, he figured it would be a good time to test his latest experiment. Gummified snails. His father (technically uncle, but he preferred calling him dad) loved it. His sister after tricking her into eating it enjoyed it as well. Which meant humans and gryphons possibly had a taste for it. But what about other species. Well that's what he wanted to see. "Anyone care to try gummified snails?" he asked loudly. "Entirely free, unless you have allergies to any of the ingredients."

````````````````
Shikoba sat in a tree having registered and whatnot. He was watching the courtyard and observing all the creatures in it. Studying them to learn more about them. Though if one saw him currently he would be quite an interesting site with his jaw literally hanging open. He certainly hadn't expected someone to try to get people to eat gummified snails. Though he did have to admit that he liked snail. They went down easy once one plucked them from their shell. The shell on the other hand was not edible. Too hard, and he was pretty sure it wasn't safe for his gizzard. And while the thought of the food item being advertised seemed delicious, it was still strange. He truly did not understand other creatures. But of course that was what he was here for.

Someone had bumped into Rose, knocking her luggage out of her hand. Did people not know where they're going? Grumbling, she picked up her bag and looked at the boy.

"It's fine," she commented,, "Just be careful next time." 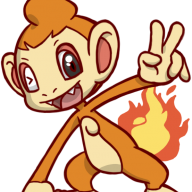 "This place is huge," Ken said mostly to himself as he walked through the campus, having just registered he decided to try and explore the area as best as he could. The young vampire tugged onto his backpack and smiled brightly. "Well, I wonder just what type of people I'll meet here," he stated before taking a long leap and landing atop the roof of one of the buildings, laughing as the wind hit his face.

Drew sighed with exasperation at the student boldly shouting he had food to share.

I guess its nice he wants to share though. He thought to himself.

The girl Adrian bumped into gave him a slight glare. "Do watch where you're going. I assume your eyes are for more then looking dumbstruck." She said, slightly irritated. 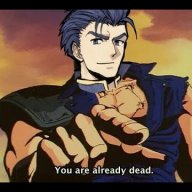 A voice spoke from behind Myn, one that was clearly amused. "It's not the smoke I smell, but the stench of... them." Xavier remarked, his pensive look quickly turning into a smile. As per usual, his blond hair was a bit messy and he had a day's stubble left on his face. But his eyes shone with a determined steel, one that wasn't to be taken lightly.

Myn rolled her eyes at Xavier before smiling. "Come on, X, not on the first day dude." 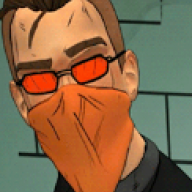 Sitting alone on a bench in a secluded part of the courtyard sat Olivia, playing on her 3DS.

Xavier shrugged. "My proverbial cross to bear." He remarked, his left hand reaching up to his neck and sliding over the crucifix he wore as both a talisman and a weapon. "You know how it is, every day spent not working on the scourge is one more day that it is allowed to remain as a plague on this world."

Ken looked from above the building, noticing a girl playing on a 3DS. "Oh," he said in surprise before jumping down and walking over to Olivia. "Hey, whatcha playing there?" he asked as he glanced towards the 3DS. 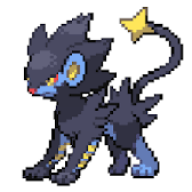 Richard sat on a bench in the courtyard, absentmindedly hovering a small fireball above his hand as he watched the new students walking about. He personally could care less if humans attended, but if nothing else, some of them would probably be easier to impress, if nothing else.

"Excuse me?" Drew asked, getting up from the bench he was sitting on. "What do you mean one of them?"

The exclamation caught Akira's attention, if only for a set amount of time. The girl with uneven black twintails glanced up, her emotionless, pupiless teal gaze meeting Myn's for a second before the teenager began walking off.

Rose smelled Ken and Milla from a mile away, and her nose scrunched. Moreso to Ken than Milla.

"Eww...a dirty vamp." she mumbled as she began heading closer towards the building. She didn't want to associate with any if she was given a choice. However, since she would be attending here, she might as well attempt to tolerate them.

"Yeah, yeah, you're the hero this world needs," Myn said, moving her hand in a 'go on' motion. It was the same story she'd heard before from him. "Still dude, you're on school grounds. You know what'll happen if you start some actual mess here, so let's keep it on the low, okay?"

She put a hand on his shoulder. "Besides, I've got a whole 'nother year to find ways to break your little monk status." She said with a smirk.

"Oh, I love those games, kind of complicated to think about sometimes though," Ken pointed out, scratching the back of his head for a moment before glancing at Olivia, noticing he had startled her. 'Sorry about coming up so suddenly, I'm Ken," he stretched his hand out, giving her a kind smile. "I guess I just got too excited at seeing someone playing right as I get here."

Xavier heard the question, but he heard Myn's voice in his ear as well. She knew just how to play him, play to his ego and let things go from there. "I know, I know, no hunting on school grounds." He sighed. "And do you always have to be so... you know..." He didn't like hearing about her teasing him. And then he realized the boy who had asked him the question was merely human. No harm in answering him. "Them. Bloodsuckers. Suckheads. Leeches. You know, vampires." He said bluntly as an explanation.

EVERYONE: Rockets for Halloween [contest oneshot]

EVERYONE: The King In Exile

Wednesday at 4:22 AM
lisianthus

EVERYONE: Once Upon a Wintertime