Bulbapedia Not Allowed to Add or Edit Voice Actor Credits? 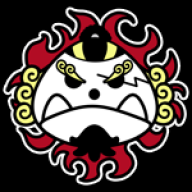 I'm a bit frustrated about the process to add voice actor credits and revisions on the wiki these days. It started with Mewtwo and the fact his younger version's actor from "Mewtwo's Origin" is listed as "unknown". It seemed clear to me that it was the same actor as the movie version, especially since he shifts into that original voice at the end of the short. I change it, and it's changed back by one mod named ForceFire saying I need to cite a source to avoid crediting a "sound-alike", or else contact the actor directly on social media.

What sort of source am I supposed to use? No credits for the short, and I'm not about to bug his actor or any other about such minor roles. I then bring up that Amber's voice in the film is listed as Kerry Williams (sounds more like Amy Birnbaum to me, personally), how that role had no citation either, and that according to FF's rules, she should be listed as "unknown", too. And so it ended up being, which strikes me as a major step backward.

I went on into how plenty of the films and specials had missing and unclear voice credits, and that the seasons only have a long list of names to try and sort through. If we're not allowed to use conjecture, how are we supposed to attribute roles like Sebastian Arcelus as Rafe or Sean Schemmel as Prof. Lund from Destiny Deoxys, who seem obvious but could just as easily be claimed to be voiced by supposed "sound-alikes"? The response was that they've been around this long and are only left up due to seniority and looser rules from that time.

I'm not perfect, but as some examples of my past contributions, I'm the one who figured out Nathan Price was the original voice of Meowth, that Stuart Zagnit was Koga and not Rodger Parsons, that Lisa Ortiz was Oshawott before the credits of the first BW ep were even rolled. I love the actors from all the different versions of the show, and I want the cast list on the wiki to be as comprehensive and accurate as it can be.

But if I'm not allowed to use my own ears and 10+ years of experience identifying voice actors to add and correct information, if I'm not allowed to even have a proper discussion about it and come to a consensus about the most likely actor, then what can I hope, nay, DARE to contribute? If we're now expected to cite specific sources for every single role and actor in every movie, episode and special, then that rule should be extended to every past production as well, as ridiculous as it may seem to erase credits we've come to take for granted. Either way, the whole process has really got some major holes in its application and fairness.

Bulbapedia Voice actor pseudonyms that were never used in Pokémon

The sound of your voice?