It's been so long since we found out about this thing, long enough for me to actually completely drop the series about 6 months ago, I only came back a couple of weeks ago in hope of finally seeing this thing but alas, it is nil
T

I always get confused with gen numbers, but my favourite game was Ruby. I loved the whole atmosphere of it, and I loved Omega Ruby because of that. Gen 1 will always be nostalgic, it was my first ever game and console (GBC) that were mine alone, and I still have a habit of naming my fire starters Char because my oh-so-creative nine-year-old brain thought that was an amazing name for my Charmander.

But I've never really hated any game. I loved Pearl, and the totally new dex of BW blew my mind - I stayed up well into the night playing that one. I was so excited when XY were announced and I actually really enjoyed playing X (diagonal movement!) And I loved the new rpg-ness and the dynamic npcs in Sun (Though that was the first Pokemon game I still haven't completed because, while most of it wowed me, the number of cutscenes just kind of put me off. I might try to complete it again once gen 8 is announced).

I'm looking forward to the new games being announced because I know it'll be exciting for me - purely because it's a game series I've enjoyed since my childhood. I just hope Gamefreak can learn from some of their mistakes.

Even if in polls made in the west the fifth generation is in last place, opinion is something subjective, so I didn't understand what that would be supposed to prove regarding the previous discussion about announcement dates and content.

But since everyone is sharing their favorites, I liked all generations, but my favorite generation was the sixth (even though I think that objectively it was not one of the best generations).
Last edited: Feb 10, 2019 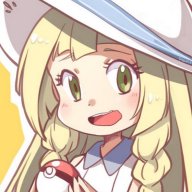 Defiant said:
Gen 5 is deemed by many as the weakest generation. If you ran a poll of favourite generations, Gen 5 would likely come last.
Click to expand...

Well, at least in the Brazilian fandom, Gen 5 is the most loved generation ever. 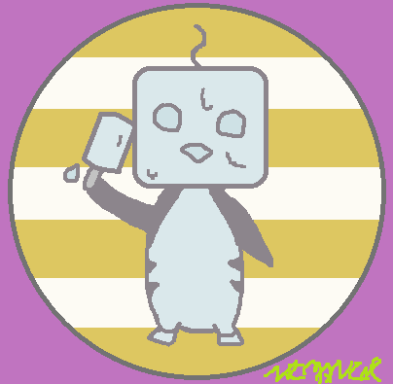 I have a very weird stance on how I rank the games. For example,Gen 7 does a lot of good things, but ultimately, I think it is my least favorite because of how disjointed and small the region felt; which I think is a weird thing for me to say because if you asked me to rank the games, it would be something like:


It's number three, but I don't think I'll ever want to replay it. XY is also number 6, but its the one I've replayed the most on this list. So, as you can see, I'm very conflicted about how to answer which game I think is the best. Every game is actually pretty unique and offers different experiences and reasons to play. Also, as far as Pokemon designs go, Gen 3 probably has my favorite designs. I love and have used all of them in my many play-throughs of Emerald (except for Luvdisc). While there are very few Pokemon designs I outright dislike in other Gens, there are I lot that I will actively avoid using. Gen 3 doesn't really have this problem for me. I keep hoping for a game that somehow manages to combine all the good parts from all of these games into one amazing game.

gingerninja23 said:
But the point remains, we would have seen it years ago if this was the case.
Click to expand...

Maybe they're only doing it now cause it's a teaser for the next generation hehe. 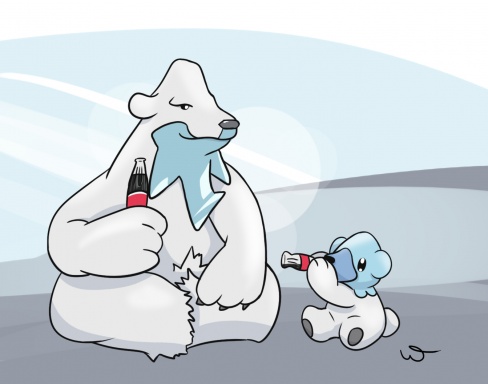 Can someone post me the CoroCoro cover that is gonna be released this month? I know someone mentioned there's nothing Pokémon-related on it, but I need to it first.

EternalPKMNfan said:
Can someone post me the CoroCoro cover that is gonna be released this month? I know someone mentioned there's nothing Pokémon-related on it, but I need to it first.
Click to expand...

Zweilous said:
So really, the only reason we need an announcement now is out of courtesy since we the fans (and maybe the investors as well) want to know what's coming for the franchise, but we learn so little about them that you could push it off until later and the only thing lost is not getting a sparse few details.
Click to expand...

The thing is, we already know a game is coming since last year or so? If we have a reveal this month, an announcement of the titles only would just be kind of moot since it is barely any new information. Alternatively, they can show actual game footage but it's still way too early if there's no (somewhat) immediate follow up. Even if they do, I'd rather they not since they'll end up revealing everything about the game before its release like they did with SM. So either way, there's really no need to make an announcement this month and have yet another 3 month news drought.

What I'll prefer is having some anime reveal of a new pokemon, really ambiguous such that you can't tell what the region its from is based on, and then an announcement in May, closer to the movie date, with the whole she-bang. I'll go absolutely crazy if the first trailer is included as some kind of post-credit scene for the Detective Movie.

Was megearna on the March 2016 corocoro?
Edit:Yeah it was, but did we know it was pokemon related beforehand? 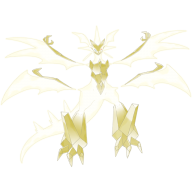 SodiumChloride said:
Was megearna on the March 2016 corocoro?
Edit:Yeah it was, but did we know it was pokemon related beforehand?
Click to expand...

I think in one of his videos Paul Ryan mentioned that it had been leaked before Corocoro revealed it, so yes

I keep forgetting that looking for something in a CoroCoro cover is like playing Where's Waldo?

Have to wait until someone can get a copy and also translate, so it can be a few days after release before we will know if theres anything pokemon specific or worthwhile sharing too.

hopefully by the 14th we will have some idea of what to expect.

gingerninja23 said:
Have to wait until someone can get a copy and also translate, so it can be a few days after release before we will know if theres anything pokemon specific or worthwhile sharing too.

hopefully by the 14th we will have some idea of what to expect.
Click to expand...

What if CoroCoro leaks before release date, like normally?

SodiumChloride said:
Edit:Yeah it was, but did we know it was pokemon related beforehand?
Click to expand...

Wasn't it revealed on valentines day?

The st.patrick pikachu is releasing on February 13 and the april one will be announced on the same day
Hmm

SodiumChloride said:
The st.patrick pikachu is releasing on February 13 and the april one will be announced on the same day
Click to expand...

It being a St Patrick Pikachu is really driving me crayyyyzayyyyy.

Sun and Moon were announced on February 27, 2016, with Magearna being revealed a few weeks prior. So things feel like they are in line with tradition in my viewpoint.


Defiant said:
My first comment on the topic was
Gen 5 is deemed by many as the weakest generation. If you ran a poll of favourite generations, Gen 5 would likely come last.
Of course its all opinions, there are Gen 5 fans out there, the poster at the top of this page for example, but they are probably the smallest of the 7 groups
Click to expand...

Polls about the anime do not equal polls about the individual generations/games. A poll here on Bulbagarden has B2/W2 as one of the favorite games of the series along with Platinum. I think you underestimate the popularity of Gen 5.

IncineROAR said:
Sun and Moon were announced on February 27, 2016, with Magearna being revealed a few weeks prior. So things feel like they are in line with tradition in my viewpoint.
Click to expand...

Except CoroCoro almost surely doesn't feature a new Pokemon this time around. They didn't even promise big news last month, which they did in 2016.

Just to add my own view on the topic of best gens, here is my, maybe a bit controversial, opinion: 4 and 6 are the best gens because of their worlds and the new mons and characters. Everything before Gen 4 is completely unplayable nowadays.


Also, I have been a more-or-less active pokémon fan since the early 2000s, and Gen v was definitely getting the most hate out of all games from what I heard. I personally like the games in hindsight, but completely removing previous gens wasn't the best idea imo, especially since I loved all the new evolutions in Gen 4.

Gen 2 is probably the worst in terms of pokémon imo.
Threadmarks