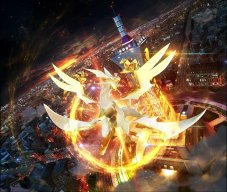 EternalPKMNfan said:
Does anyone here think that Gen 8 will be revealed in April/May? I don't think so because that's too late for an announcement of Pokémon's first home console core series game.
Click to expand...

I think we'll have the first trailer (not teaser) at early May. But I think we can and that we should have a teaser before that, with the titles at least.


Also if the "hot/cold" rumours turn out to be true, I am disappointed no one just put up a picture of Katy Perry as a hint.

CaptainBluescreen said:
I like all of this, this sounds good.


Also if the "hot/cold" rumours turn out to be true, I am disappointed no one just put up a picture of Katy Perry as a hint.
Click to expand...

it's mostly the date of the tweet that shocked me

Interesting. I had seen this before, and had ignored by the amount of generic information he had given.

But looking at the replies now, it seems he gave a lot of new information (valuable information this time). I'm still skeptical about it, since he just hit the date for now. But we'll see if he will be right about the rest of the information (of the replies).
Last edited: Feb 13, 2019

Bolt the Cat said:
Those sparse details could be enough to get the fanbase hyped though. One of the things fans are going to be looking to see is how improved the graphics and the overworld are. Even a few screenshots or gameplay clips could answer that. If we're going to be waiting a while anyway to see the real meat of the reveals, they may as well show something in the meantime. Remember, we've known about this game for over 6 months. We've already had a long wait and fans are antsy for information on the game. Having at least something for the next 3 months would at least keep the fans engaged. Yes, it's not much but something is better than nothing.
Click to expand...

I don't necessarily disagree, but can you really say that just getting the titles and Magearna for SM was enough to keep people invested in the discussion for three months? Even XY with its more substantial reveals had a burnout heading towards May and I remember some dropping out of discussion for other games until that point. Ultimately, if the intent is to keep people engaged throughout the year, the early part is still rather limited since there's only so much that you can recycle the small amount of discussion points given, so fans still get antsy again and the tease we get just serves as a small fix to a bigger problem.

In a sense, it's like the new restaurant offering you a taste of their meat platter, but making you wait until next week to get the full thing. Yeah the taste is appreciated and it gives you something to look forward to, but you can do without it and focus on other things before its grand opening later on.


Blast said:
While I agree that Gen 4 overdid it a bit when it came to the amount of Legendary Pokémon, I was actually very pleased with the way they were handled in Gen 7. The Tapus role as active island guardians given was heavy focus. Even the Island Challenge has been created in honour of their great benevolence. They also influence the islands and their inhabitants directly. Take Tapu Bulu for example, who destroys the Thrifty Megamart as punishment for the people who built it on its sacred grounds. That said, Type: Null and Silvally pale in comparison and don't feel like real Legendary Pokémon to me at all.

I'd like to see more Legendary Pokémon that feel involved with their world, like the Tapus. Or at least Legendary Pokémon with interesting lore or mystery behind them to truly justify their Legendary status, such as the Regi Trio.
Click to expand...

I agree with this, I don't mind the number so much as I mind how they're utilized. Gen 6 had the second least number of legendaries in the franchise, but none of them stuck with me as Xerneas and Yveltal were underdeveloped, Zygarde had to wait until the sidequest in SM to get anything to it, and the Mythicals started to lose their personality and connection to the region to become glorified trophies. The low number of them did nothing to make them feel more legendary and in a lot of ways they were lacking in comparison to the majority of their counterpart in other generations. The intent for legendaries should be focused more on implementing them better so that they stand out, not cutting off the number of them arbitrarily and leaving with a small amount that may not feel special regardless.

With that said, I think Hoenn's number would be a good middle ground for many since it wasn't that many over Johto, but isn't as high as Sinnoh.

So, I just looked at his replies under that tweet. If this turns out to be true, there will be 100-110 new mons and you will revisit kalos. I really hope he is right, this sounds really cool.


a feb 14th reveal would be nice though

CaptainBluescreen said:
So, I just looked at his replies under that tweet. If this turns out to be true, there will be 100-110 new mons and you will revisit kalos. I really hope he is right, this sounds really cool.
Click to expand...

I highly doubt that either of those things will happen. It's fake.

CaptainBluescreen said:
So, I just looked at his replies under that tweet. If this turns out to be true, there will be 100-110 new mons and you will revisit kalos. I really hope he is right, this sounds really cool.
Click to expand...

Revisiting Kalos is unlikely IMO. We haven't seen anything like that since Gen II, and I would think GameFreak would want Gen VIII to stand on its own.

He's just giving people what they want to hear. A real leak would be more interesting than that. 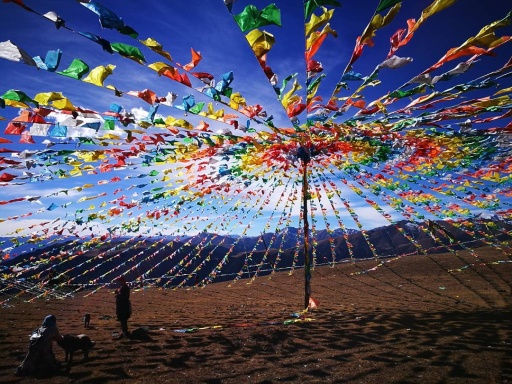 SacredFroakie‏ Feb 2
Yes they are the ones that told me yoshi’s crafted world and fire emblem would be delayed to 2019.

There seems to be a lot more information that they have about Gen 8, compared to a simple leak like game delays! The information does all sound very good especially there is mention of the art style, although it is written strangely (as though Sacredfroakie had been able to see it themselves? but maybe it is just how they chose to write it)

if there is nothing on the 13th and the 27th, I will implode

Jabberwocky said:
Revisiting Kalos is unlikely IMO. We haven't seen anything like that since Gen II, and I would think GameFreak would want Gen VIII to stand on its own.
Click to expand...

Yeah. I too want Gen 8 to stand on its own and not be bogged down by Gen 6.

I'm not believing anything until I see trademark filings

As I said, I was already skeptical about before, but now he is totally debunking himself, he still replying people, and is spreading too much information for a leaker.

I like what that guy's saying, but a lot of it is what people want anyway. I'd not be disappointed if he was right though.

Here's everything mentioned in this rumor, for reference:

The region is based on the UK.
Both Crown & Sceptre and Plus & Minus are fake.
It will be revealed in a Pokemon Direct on February 14th.
The player will be able to revisit Kalos.
There are between 100-110 new Pokemon.
PokeBank will come to the Switch.
The game will not use LGPE's graphics.
The camera can be controlled through the right stick.
The evil team is like Team Plasma.
The games are not open world, but the routes and cities are bigger than in previous games.

All those sounds like safe bets or a wish list. I also don't think Kalos will get revisited yet, specially when it would look like it will get the short end of the stick again.

I totally unfollowed Sacred Froakie because hes a homophobic piece of shit. Even if he does have sources.
Threadmarks