people in real life that look or have names as pokePeople

My father's name is Paul. When we play the TCG, he uses a deck with Chimchar in it.

I have a friend named Drayden. He is beardless, however.

I know a guy named Barry.

Another one of my friends is named Whitney, and she likes Pokemon.

I know a Bryceton, which is two letters off from Brycen.

I know a Will, as well as a Caitlin and Steven.

A Sidney got called to the office at school once.

I think that's it.

my brother has the hair style and skin color (or at least close to it) of Ash ketchum.
T

One of my friends is named Evie (pronounced the same way as "Eevee").

I have a friend called Suzy (like from Pokemon Fashion Flash)

Like Suzy, she is a very active breeder.
F

I have a friend named Gabby who likes asking me questions.
L 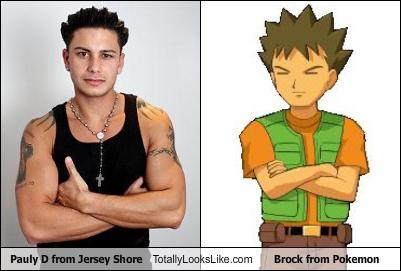 And to add to this... Elesa totally looks like Lady Gaga.
S

I've got a friend who looks exactly like Elesa. She even roleplays as her.
F

David Tennant and Looker were separated at birth.
F

Am I the only one that gets a Misty vibe from Hayley Williams?
Especially the Misty from Pokemon Adventures... 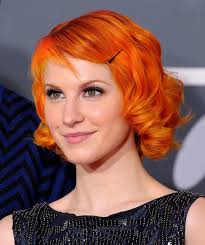 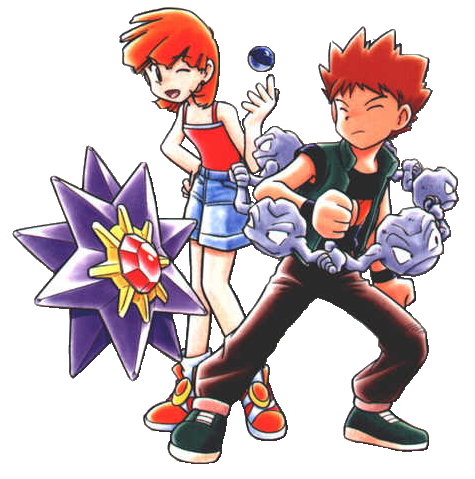 My dad's name was Bill. I have a friend named Joey and he really likes Pokemon. And his favorite Pokemon is Rattata. My friend's older brother (who likes Pokemon) is named James. Someone named Will goes to my church.
G

My parents tell me they would've named me Paul if I had been a boy.
B

Factory Head Nejiki said:
Am I the only one that gets a Misty vibe from Hayley Williams?
Especially the Misty from Pokemon Adventures...

Yeah I was once thinking "Hey, Hayley would make an accurate real life Misty or something..."

Then one day I saw this:

There's also a girl that I've seen around my uni who I thought looked like the perfect real life May. She has the face that you'd(or I'd) expect to see a real life May with. Only thing that's off is her haircut(hair at the back is the same length)
R

garrison-san said:
My parents tell me they would've named me Paul if I had been a boy.
Click to expand...

That would have been my name too if I was a boy. :V Anyway I have a uncle named Gary, A cousin named Joey (which is my uncle Gary's son :V), my girlfriend looks like Shauntal (minus the purple hair/body structure :V) ,I work with a guy named Paul, and that's all I can really think of. :V
U

My last name is contained within a certain Grass-type from Kanto.

I also know a Joey and some people named Jessie and James.
C

I am the Aqua Rabbit.

There is a girl in my class named Ashley, though at times people call her Ash.
J

My name's Jessie and I know a guy called James. And I have a cat. Am I Team Rocket now? :O
I've also known a few Ash(ley)s (one was a boy, a few were girls), a few Brendans, a Paul, a Max, a few Caitlins (although none with that spelling) and my cousin's name is Brock. There's also a friend with the nickname Red.
Heh, I'm sure there are a lot more, and I just don't realise/remember that there's a Pokemon character with that name.